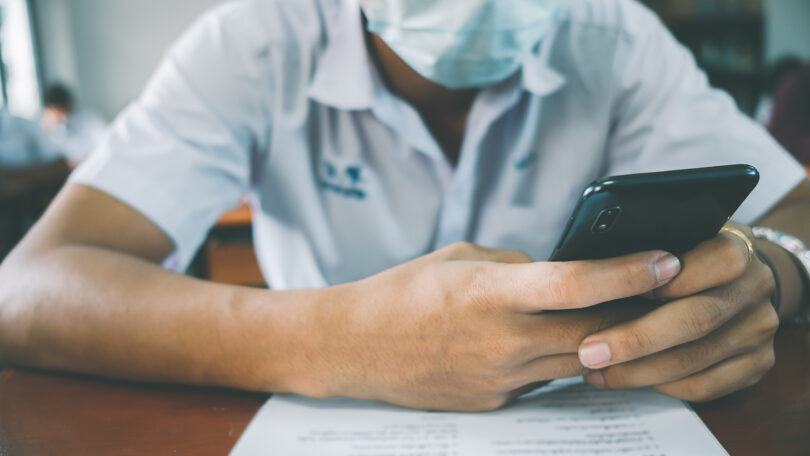 Parents and community members in Mangaung, in the Free State, were shocked by the news that 53 learners and seven teachers, including the headmaster, at Grey College Secondary School in Bloemfontein tested positive for COVID-19 last Thursday.

This prompted the Free State Department of Education to temporarily close the 176-year-old school, with MEC for Education Tate Makgoe immediately ordering the suspension of secondary school classes. Makgoe posted on his official Twitter account that classes for Grade 10, 11 and 12 learners would resume on 23 August and Grade 8 and 9 classes on 30 August.

A staff member, who asked not to be named, revealed that the headmaster, Jurie Geldenhuys, and other teachers tested positive after being vaccinated.

Meanwhile, Free State Department of Education spokesperson Howard Ndaba said the closure was ordered to conduct the tracing and testing of other affected learners and teachers.

“It is important to suspend the lessons so than officials can begin the contact tracing of the learners and other affected staff members and allow families of the affected people to also test and isolate,” he said.

He added: “Grey College is a big school and it is important to shut everything to also allow for the disinfection of the entire school.”

For now, the school remains the only government educational institution to have been shut due to an outbreak of COVID-19 during the third wave of the pandemic. This has sent shockwaves through the community, as parents came to fetch their children from the school.

One parent, who identified herself only as Jack, told Health-e News: “The news of the learners who tested positive came as a shock to us and I have to come fetch my daughter.”

Another parent and nurse Willemina Boshoff added: “The school did well to notify us and it is good that they treated the matter with caution to avoid sending shockwaves to everyone. I wish for a full recovery for all the affected learners and teachers.”

Oldest school in the province

Grey College is the oldest school in the province and it is counted amongst the best performing in the country with a matric pass rate of 98.34% in 2020, despite the challenges of the pandemic.

Speaking on condition of anonymity, a senior member of the school management team said learners would continue receiving lessons via contingency measures put in place by the school.

“There’s a lot that has been put in place to continue helping learners with their lessons during this time. Even during school holidays there was a lot of work that was going on,” he said. Grey College is one of the most progressive schools in the country in terms of its ability to conduct e-learning classes.

Given the school’s e-learning capabilities, angry parents previously called on government not to allow the return of learners to Grey College, fearing the spread of the virus. Some threatened to take the provincial department of education to court if it allow learners to return. – Health-e News