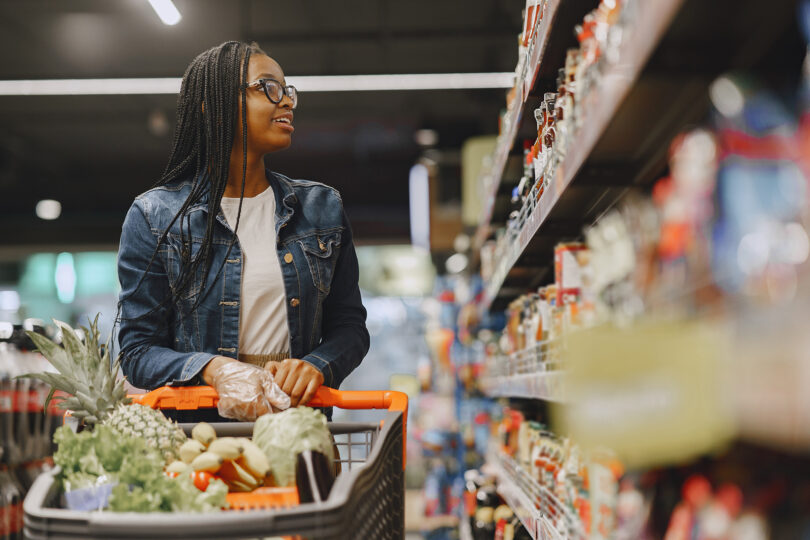 CANSA nutritional expect Megan Pentz-Kluyts says it is important for South Africans to have information about products that offer health benefits when they go shopping. (Photo: Freepik)

CANSA’s Smart Choice Endorsement Program will award a seal of recognition to products that have health benefits and reduce the risk of cancer, in a bid to promote healthy living among South African consumers.

The Cancer Association of South Africa (CANSA) hopes to promote a healthy lifestyle among South Africans and lower their risk of developing cancer, through its revitalised seal of recognition initiative that endorses products which may assist in reducing the cancer risk and are free of all known carcinogens and toxins.

According to CANSA nutritional expect Megan Pentz-Kluyts, it is important for South Africans to have information about products that offer health benefits when they go shopping.

“I am sure that you can agree with me that today, when we go to the supermarkets, it is really important to have a little bit of information, because we are bombarded with shelves and shelves of products,” said Pentz-Kluyts.

“So today, we the consumers are very often more health conscious and we want to know which product is better from a health perspective and we also want to ensure that it is something which has been tested independently and has credibility. This is something that we aim to do as CANSA through the Smart Choice Endorsement Program.”

Pentz-Kluyts was speaking on Thursday during a CANSA webinar, titled What the CANSA seal of Recognition can offer you.

The Smart Choice Endorsement Program is a part of an ongoing effort by CANSA to reduce exposure to carcinogens and other risk factors associated with cancer development.

Pentz-Kluyts believes that consumers in South Africa associate products with a CANSA smart seal as being a smarter and healthier choice, which plays a role in the reduction of the cancer risk.

“Using the seal on packaging and for promotional activities not only promotes the actual health benefits, but is also good for business,” said Pentz-Kluyts.

“So, what is important here is to know that we are looking at trying to improve the health of all South Africans at different levels. The idea is to develop a smarter, lower cancer lifestyle by enabling the availability of these products.”

The national Department of Health has granted CANSA permission to act as the endorsing body for the CANSA seal of recognition programme, something that Pentz-Kluyts believes is a first of its kind in the world.

“What we know is that this is quite a unique offering and for CANSA its first of its kind in the world, as no other cancer association has a smart seal that they put on food stuff or any other category of goods to show they reduce the risk of cancer,” said Pentz-Kluyts.

“Firstly, the smart choice seal is about helping to reduce the risk of cancer. And we want to try and lower exposure to carcinogens and other risk factors that have been shown to be linked to cancer. The CANSA smart choice seal promotes a balanced and smart lifestyle and is a tool that you can use to help you make smart healthier and informed choices.”

The CANSA smart choice seal is only placed on products that have undergone testing at an independent laboratory and have been shown to promote a healthy lifestyle and to lower the risk of cancer.

“It’s only awarded to products that have undergone testing at an independent laboratory, so this is very important as we look into laboratories in terms of whether they comply with national standards or similar international standards. Of course, we also look at strict evidence-based requirements for each category of product,” she said.

According to the World Health Organisation (WHO), tobacco use, alcohol use, unhealthy diet, physical inactivity and air pollution are risk factors for cancer and other noncommunicable diseases. Between 30% and 50% of cancers can currently be prevented by avoiding risk factors and implementing existing evidence-based prevention strategies.

Nomsa Tshingowe, a 30-year-old Osteosarcoma (a type of bone cancer) survivor, from Mulima village in Limpopo, believes that the food we consume daily contributes to some cancers and it is important that people make smarter food choices whenever they have a chance to do so.

“The sad thing about cancer is that there are no causes, but certain factors such as our lifestyle can be a contributing factor. Lifestyles include the food we eat and physical activities such as exercise. I believe that as much as we have cancer types that are caused by unprotected sex and smoking, I also believe that the type of food we consume daily does contribute to some of the cancers we see,” said Tshingowe.

“Growing up in a poverty-stricken family, the food that we consumed most of the time was pap and vegetables, because food such as meat was only eaten on special occasions such as during December holidays, birthday celebrations and family gatherings,” said Tshingowe.

Though she has been cancer-free for several years, Tshingowe told Health-e News, that she always ensures she eats vegetables and fruit to ensure that she stays healthy.