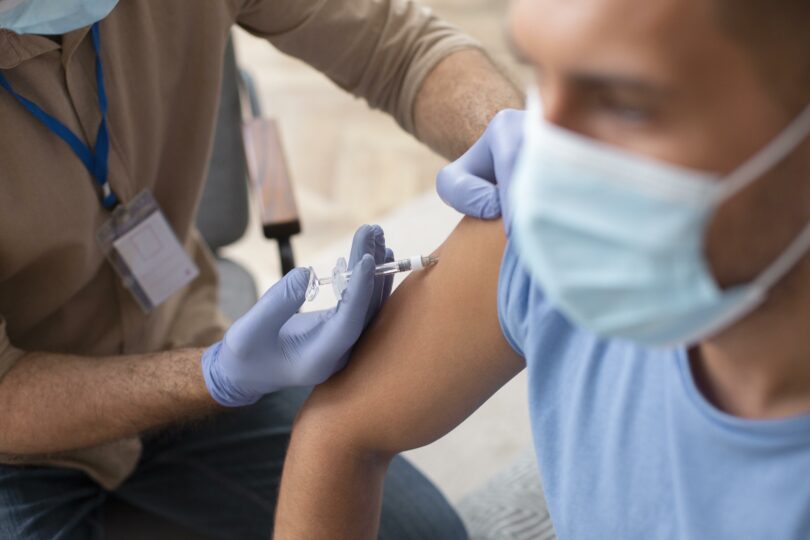 Three senior North West Health Department officials have been suspended, pending an investigation into allegations that they turn away black community members at a vaccination site, in favour of family members and friends.

The North West Department of Health has suspended three senior officials, including a sub-district manager, for allegedly reserving vaccines for family members and friends, while turning away black people at a vaccination site in Delareyville.

The officials are being investigated for allegedly telling black community members that there were no COVID-19 vaccines available. It is also alleged that they later called white family members and friends to be vaccinated privately at the Delareyville Community Healthcare Centre.

The probe was prompted by complaints from vaccinators and tip-offs sent to the department. In WhatsApp voice notes, which are in the possession of Health-e News, vaccinators at the clinic expressed discontent with the incident.

“Black patients are being turned back and told that there are no vaccines, while white people and friends of the senior officials are being vaccinated. What is happening here is really not fair. We will just sit back and no longer carry on with vaccinations. We will let the people who are vaccinating their families and friends carry on with the vaccinations, because we don’t like what is happening,” said one of the vaccinators.

According to information received by the department, these incidents, involving the same officials, happened on several occasions.

The three officials from the Tswaing sub-district have been suspended by the North West Department of Health, which is in the processes of appointing an investigating officer to finalise the probe which will determined whether disciplinary processes need to be initiated.

Formal investigation to be completed

Lekgethwane stressed that the appointment of an investigating officer does not mean the accused parties are guilty, as a formal investigation must still be completed.

“We are calling on the South African Human Rights Commission (SAHRC) to look into the matter and conduct an investigation, as we are against any form of racial discrimination at our facilities. The department should not leave any stone unturned in the investigations and all perpetrators should be brought to book,” said Msoki. – Health-e News