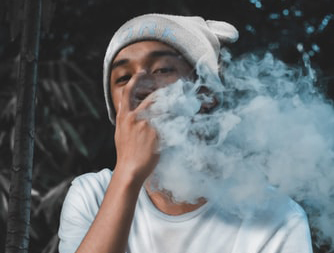 Young people targeted by tobacco industry(Photo by Domediocre on Unsplash)

With World Lung Cancer day having been commemorated earlier this month, Sunday 1 August, the Department of Health and the Cancer Association of South Africa (CANSA) have called on South Africans to increase their awareness of this dread disease.

Lung cancer ranks as the number one cause of cancer deaths in South Africa with the smoking of tobacco the most important risk factor.

The association says there is a low awareness of lung cancer in the country. Because early diagnosis is key, it is important that people learn to recognise the signs and symptoms of this common but serious disease.

With more and more young people selling cigarettes in townships acorss the country, the department of health has called on the public to stop smoking as the number of lung cancer cases rise. Kids, especially boys, are prone to start smoking from as young as 12 and are soon unable to kick the habit.

The risk of lung cancer is up to 36 times higher in smokers than non-smokers. Sunday was World Lung Cancer Day, a great starting point to get serious about healthier lungs! https://t.co/2Mf8mmI6MY

“Smoking accounts for most preventable lung cancers, and the best way to prevent the disease is to not use tobacco products and avoid second-hand smoke. It’s estimated that the risk for lung cancer can be lowered in 90% of cases through action and awareness, which is why we have partnerships with organisations and stakeholders to help change attitudes at grassroots level”.

According to Globocan – an online databases providing global cancer statistics – lung cancer accounted for over 2.2 million news cases and 1 796 144 deaths worldwide in 2020. On a local front, lung cancer is one of the top five cancers in South Africa excluding non-melanoma skin cancer, ranking second behind prostate cancer based on the number of cases.

CANSA has partnered with the University of Kwazulu-Natal in a bid to raise much needed awareness about lung cancer in several KZN communities with more talks continuing with other institution of higher learning.

CANSA is involved in a three-year research partnership with UKZN’s Multinational Lung Cancer Control Programme (UKZN-MLCCP) under the leadership of Dr Themba Ginindza and other co-principal investigators.

Lorraine Govender, CANSA National Manager Health Promotion elaborates: “CANSA is concerned about the low awareness of lung cancer. More than two-thirds of patients are diagnosed at a late stage, when the cancer has already spread to other parts of the body. If lung cancer is found at an earlier stage, when it’s small and before it has spread, it’s more likely to be successfully treated.”

This concern led to a three-year partnership with the University of KwaZulu-Natal for a Multinational Lung Cancer Control Programme (UKZN-MLCCP) under the leadership of Dr Themba Ginindza and other Co-Principal Investigators.

The aim is to improve knowledge and awareness of lung cancer, its risk factors and symptoms, and to positively impact attitudes towards lung cancer and screening. Further goals are to increase the uptake of lung cancer screening in high-risk groups through community mobilisation in identified communities in Durban and Pietermaritzburg.

Educating these communities about symptoms will help empower them with information to promote early awareness and detection. Volunteers will also be called in to engage with communities on various platforms including social and print media. – Health-e News