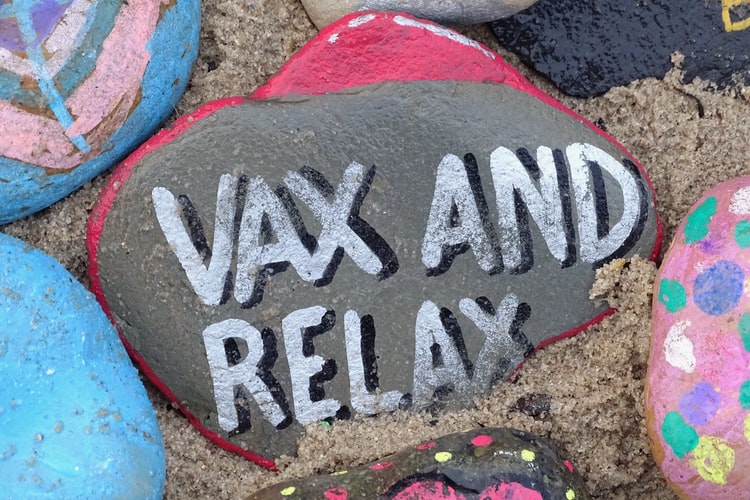 It remains to be seen how South Africans will react to news of a booster jab with the national COVID-19 vaccine rollout having lost momentum. (Photo by Belinda Fewings on Unsplash)

As South Africa continues to battle the third wave of the pandemic and is likely to face a fourth towards the end of the year, a debate has started around whether South Africans would be willing to get a COVID-19 booster jab.

Opinion: COVID-19 booster jab – are we ready for a third shot?

The looming fourth COVID-19 wave is predicted to affect South Africa from October through to December. This is according to experts such vaccinologist Prof Shabir Madhi, from Wits University, and Dr Nicolas Crisp, deputy director-general at the Department of Health.

These predictions come at a time when the devastation of the third wave continues to be felt by many South Africans and the easily transmissible Delta variant has taken the lives of many since the beginning of the year.

The urgency of the question: to boost or not to boost? is influenced by the uncertainty and fear of the unknown in terms of the loss and continued lifestyle shift that will take place if we aren’t as protected as we can be from the fourth wave. But how willing are most South Africans to get another COVID-19 jab?

Research in the UK has found that the longer gap between doses is said to make the body’s immune system produce more infection-fighting antibodies.

Vaccine efficacy has been shown to reduce over time, as the virus-fighting antibodies it stimulates wane naturally. For example, Pfizer reported protection against symptomatic disease drops to 84% after six months, from a peak of 96% within two months of receiving the first two doses.

The Pfizer two-jab vaccines are 42 days apart. This time in between has been described as a “sweet spot” by Pfizer in tackling the Delta variant.

In addition, Pfizer said that a third COVID-19 vaccine dose strongly boosts protection against the Delta variant.  An additional advantage of a booster shot is that it can be modified to target specific variants such as the Delta and any new variants that may develop during the fourth wave.

This extra jab would be a second for those who vaccinated with the Johnson & Johnson vaccine and a third for those who had the double dose of the Pfizer. All which would be an extra layer of protection against the virus.

Although some South Africans are looking forward to the possibility of getting a third jab, many are still unwilling, and others are battling with the fear of getting vaccinated after reports on side effects to be expected and the rise in vaccine-related death claims.

In February this year, the AstraZeneca vaccine roll out was suspended soon after it started, due to a near expiration date and, for the second time in April, the Johnson & Johnson (J&J) dose was suspended. This was already after several healthcare workers, the president and former health minister Zweli Mkhize received their vaccinations.

The claims that shots make people infertile, contain surveillance chips, or infect people with the disease, were part of the drivers of fake news about the COVID-19 vaccine. Which also greatly influenced the misunderstanding that people have about the vaccine and how it works in the body.

Consequently, this rocky start contributed to the initial slow pace of the roll out and a delay in the general acceptance of the vaccine.

The rise in vaccine-related death claims has also been a unignorable phenomenon. A number of people claim that their loved ones and people they know have succumbed to the side effects of the vaccine.

Although vaccine roll out has picked up, South Africa has not been fortunate enough to vaccinate most of its population yet. While the question of whether to get the third jab or not grows more popular amongst some people, getting the first jab is still a challenge for others.

After more than a year since the first few positive COVID-19 cases were reported, and more than 500 days of lockdown, not a single hospital has been built to deal with the crisis, there are still clinics that have poor infrastructure and resources and are not at full staff capacity, which affects the quality of care that people receive. More than 114 million people lost their jobs, and more than 55 million people were surviving in poverty in 2020 alone.

The recent unrest caused by the looting worsened the state of the public health system because healthcare facilities and pharmacies, that were also part of the vaccination roll out, were compromised. Some of these have remained closed and have been unable to reopen since the looting and destruction in KwaZulu-Natal and Gauteng.

Government’s propensity to prioritise and drive corruption-affected projects and contracts with money from the R500 billion COVID-19 fund, established to provide relief in South Africa in 2020, was also a shocking slap in the faces of citizens who expected the state to prioritise their lives and livelihoods.

The mistrust in the government runs deep and is not only limited to the dilapidating public health system, but also extends to dilapidating societal values and lawlessness that is exemplified by members of parliament.

People in South Africa are sceptical about whether their lives really matter to a government that they cannot trust to protect their livelihoods.

Ready or not, this is what’s coming

Firstly, a very good fight is needed against the coronavirus pandemic to end it globally and in South Africa. As slow as it may seem to us now, the ongoing vaccination roll out and enforcing of the safety regulations are all part of the move towards a post-COVID-19 environment.

Countries likes Israel, France, Germany, Britain and several countries in the Middle East are reported to have already begun or have plans to begin booster programmes. Similar to vaccines, countries that are more developed and wealthier were able to get their share of vaccine boosts sooner than developing countries were able to vaccinate half their populations.

Research shows that the data on whether and when boosters might be needed are increasing. But it’s likely that gaps will remain for some time.

Health experts are concerned that people might start getting boost shots that show little or no protective benefit against new or existing variants. This will result in resources being used towards the boost shot, while neglecting research that still needs to be done on people who may actually need an extra dose due to compromised health systems or disabilities.

With the United States entering yet another wave of COVID-19, the US Food and Drug Administration (FDA) announced last Thursday that it had amended the emergency use authorizations (EUAs) for both the Pfizer-BioNTech COVID-19 vaccine and the Moderna COVID-19 vaccine to allow for the use of an additional dose in certain immunocompromised individuals.

This would specifically apply to solid organ transplant recipients or those who are diagnosed with conditions that are considered to have an equivalent level of compromised immune systems.

“The FDA is especially cognisant that immunocompromised people are particularly at risk for severe disease. After a thorough review of the available data, the FDA determined that this small, vulnerable group may benefit from a third dose of the Pfizer-BioNTech or Moderna vaccines,” said Acting FDA Commissioner Janet Woodcock.

Meanwhile, Dr Anthony Fauci, director of the National Institute of Allergy and Infectious Diseases, confirmed last week that it is likelylikely that at some point in the future everyone will need a booster jab.

“It’s likely that that will happen at some time in the future,” said Fauci.

“We’re already starting to see indications in some sectors about a diminution over time, that’s durability. We don’t feel at this particular point, that apart from the immune compromised, we don’t feel we need to give boosters right now.”

He also recommended that people should stick to their original brand of vaccine when the time for booster jabs arrives. – Health-e News