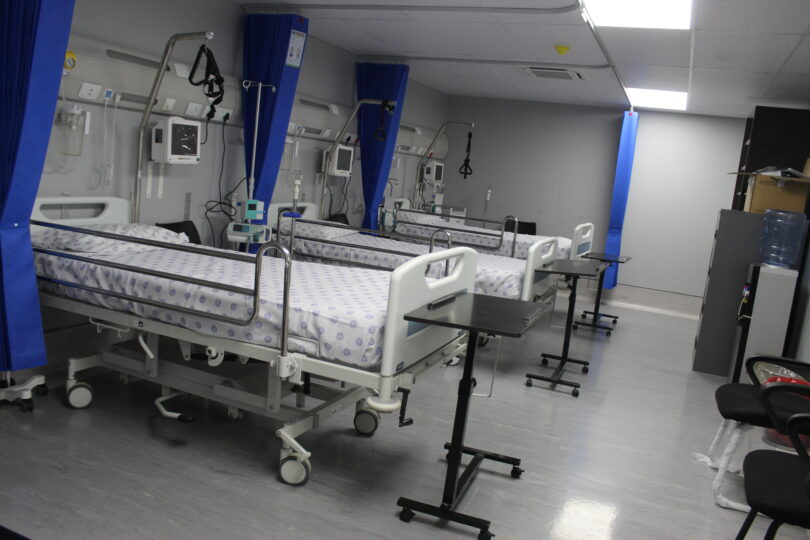 The newly-opened oncology unit at the Rob Ferreira Hospital will be able to accomodate 26 patients. (Photo: Bulelwa Maphanga)

Travelling long distances for treatment is a thing of the past for Mpumalanga cancer patients, who can now receive treatment at the newly-opened oncology unit at Rob Ferreira Hospital in Mbombela.

The nightmare of having to travel long distances for cancer treatment in Mpumalanga is now over, after the provincial Department of Health officially opened an oncology unit which will accommodate 12 in-patients and 14 out-patients. Previously, the hospital offered oncology services in a building shared with other healthcare services.

Nolwandle Sibuyana (35), who was diagnosed with stage four cancer in 2019, was previously forced to visit Steve Biko Hospital, in Pretoria, for treatment. She recalled that the journey was taxing because she has to leave her home around 6pm in the evening to get transport at Mapulaneng hospital. After a whole night on the road, she would finally arrive in Pretoria at around 6am, because the transport would make several stops along the way.

The Minister of Health, Dr Joe Phaahla has arrived at Rob Ferreira Hospital in Mbombela. He was welcomed by MEC for Health in the Province, Ms Sasekani Manzini. The Minister is visiting the province to monitor vaccination sites. pic.twitter.com/4yO8Uboiko

“It was hectic. The only saving grace was that I was feeling better when I had to go do my radiation. You get patients who have wounds that would smell terribly bad and you would have to travel in the same vehicle as them. The journey was very tough, but for the sake of getting help, it was something that I had to endure,” she said.

Sibuyana said she was happy the province finally has its own oncology unit, which will help ease the burden on cancer patients. She encouraged cancer patients who are still undergoing treatment to use the facility.

Chemotherapy is tough, there may be times when you don’t want to get the second dose or whichever dose, but I encourage you to summon your energy and come to this unit,” she said

Another patient, Thandi Masinga, who was diagnosed with breast cancer in 2019, said she was happy that the unit has opened. Masinga said that travelling from one province to another was too much for her. She recalled having to sleep on the hospital’s benches, waiting for transport to take her to Steve Biko Hospital.

Assist with chemotherapy and radiation

Mpumalanga health MEC Sasekani Manzini said when oncology services were launched in 2019, there was no dedicated unit for cancer patients.  She said the oncology unit will be able to assist cancer patients with chemotherapy and radiation. 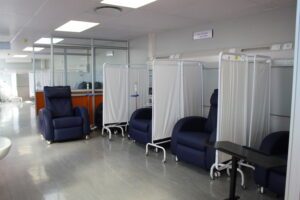 Cancer patients have expressed relief following the opening of the oncology unit at the Rob Ferreira Hospital. (Photo: Bulelwa Maphanga)

“This is indeed an exciting moment for the department as we mark yet another milestone towards improving access to tertiary health services in the province,” she said.

“This unit is fully dedicated to cancer patients in this province, which is something that will go a long way. The services are now going to be extended and effective, because before it only served out-patients, but now patients can be admitted here in the province,” she said.