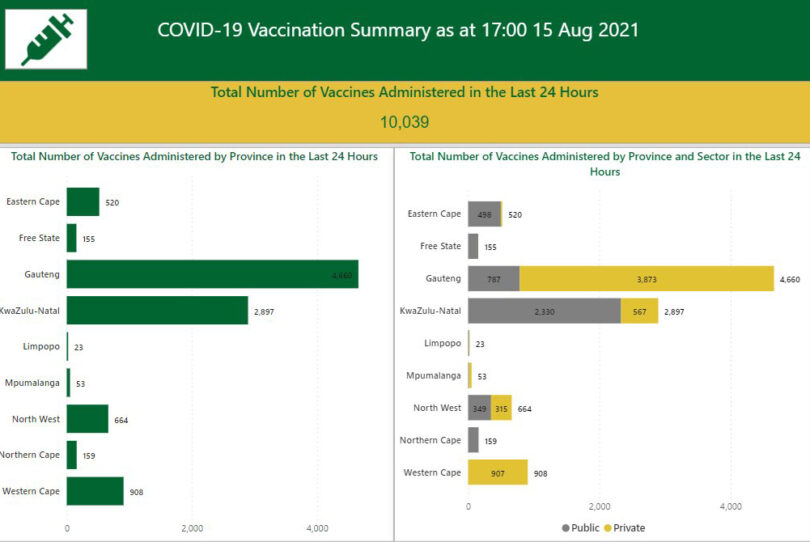 Health officials in the Nelson Mandela Bay metro are concerned that the demand for COVID-19 vaccinations has dropped in an area where daily infections are on the rise despite the introduction of weekend pop-up sites in several communities.

The Eastern Cape recorded another 1 352 new cases yesterday, the third highest in the country lagging behind only KwaZulu-Natal (2 878) and the Western Cape (2 607). 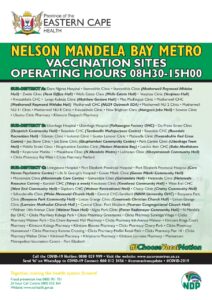 People living in the Nelson Mandela Bay metro are encouraged to visit one of the several vaccination sites in the area. (Photo: Eastern Cape Health Department)

She said they are not sure why the uptake is declining despite now having introduced weekend pop-up sites closer to communities. The Eastern Cape administered 520 vaccines according to the latest figures revealed on Sunday.

She said of the 300 infections, 68 are in intensive care unit (ICU) and the number of active cases in the metro stands at 3 157.

In the Eastern Cape, Nelson Mandela Bay and Sarah Baartman have been identified as hotspots.

The downward trend is not only limited to the Eastern Cape.

Dr Nicholas Crisp who serves as the Department of Health’s deputy-director, said there has been a marked drop in the number of vaccines given daily. He said that the national vaccine rollout was ‘losing momentum’ during the national COVID-19 weekly update last Friday.

“[On Thursday] we only registered 53 000 and that is a very poor show,” he said. When registrations opened for over-35s more than a million did so in 24 hours. Data showed that the 35-to-49 age group started strong but had not sustained an interest.

Crisp said as South Africa nears the 10-million mark for the number of people vaccinated, there is still a lot of room for improvement. – Health-e News