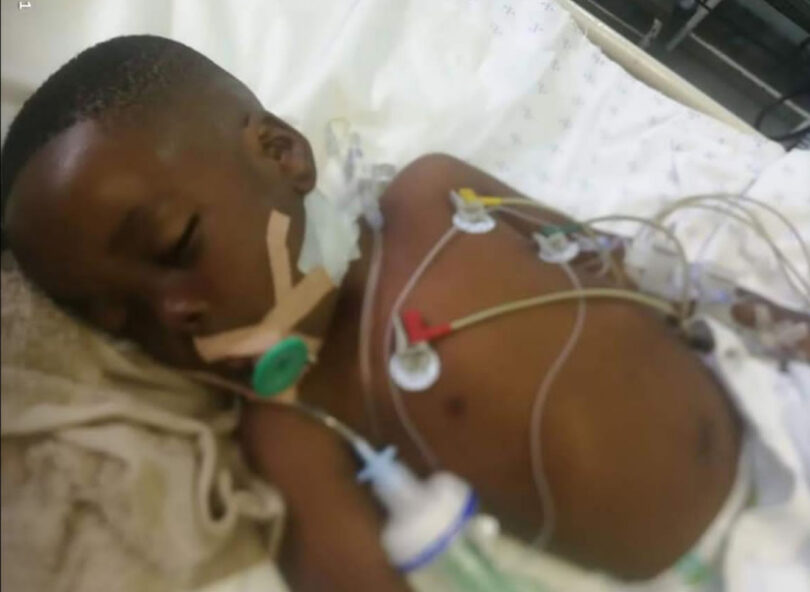 Alonde, 6, is unable to communicate or walk after being diagnosed with dyskinetic cerebral palsy in 2019. (Photo: supplied)

A mom of a disabled six-year-old son, who suffers from dyskinetic cerebral palsy, from Folweni Township in KwaZulu-Natal, is struggling to stay afloat as the sole breadwinner at home.

Nompumelelo Ngobese is desperate for any donations or assistance to help lighten the load she is carrying while looking after her child, Alonde.

Their lives took an unexpected turn in 2019 which would have devastating consequences for the young boy and his mother.

“My son had flu and I took him to a private doctor who gave him an injection. Later that night, he experienced a minor seizure and his body became stiff for a couple of seconds,” explained Ngobese.

She took Alonde to another doctor the next day where he received oxygen and insulin before being referred to the Prince Mshiyeni Hospital in Umlazi.

Ngobese said her son was perfectly fine on their way to the hospital and could speak as well as see. Things soon changed once they arrived.

“They didn’t pay him enough attention and he had another seizure. He also had blood coming out of his nose and mouth,” said Alonde’s mom.

The little boy was transferred to Chief Albert Luthuli Hospital where he was placed in an induced coma to monitor the seizures. Ngobese was shocked to hear the news.

“They took him out of the coma after a few days and I was told that he’d never be able to see, walk or speak again. At first, they said he had viral encephalitis but now they’re saying he’s got dyskinetic cerebral palsy. The only treatment they are giving him is for epilepsy,” she explained.

She said a number of tests were conducted including a CT scan, MRI, EEG, TB, meningitis and HIV, all of which came back normal.

Ngobese said that their lives have never been the same since this terrible ordeal.

“I live with my 65-year-old mother who looks after him when I’m at work and it’s really hard because she is struggling. I tried looking for a school for him but could not find one that matches his disability and it’s heartbreaking. When he is sick, it’s even worse because he does not communicate and isn’t able to tell us what’s wrong or that he is hungry or anything else for that matter.”

She also explained how difficult it is to transport Alonde for treatment.

“It is not easy when I have to take him to hospital because the area we live in isn’t wheelchair friendly. Even if you request an Uber, they decline because of the gravel roads. I’m sometimes forced to carry him on my back,” Ngobese added.

“My mom sometimes has doctor’s appointments so I need to put in leave to look after my son. I’m the sole breadwinner at home and have to buy  nappies and special food for him. We get a disability grant from Sassa but it’s not enough to sustain his needs.”

Ngobese added that her dream is to find a specialist who can assist in further investigating her child’s condition.

“I have not healed at all and I sometimes cry myself to sleep praying to God to perform some miracles. Alonde was a bubbly character who enjoyed going to school. He also loved playing games on my phone and using snap chat. My advice to other parents of children with disabilities is to love your children and to stay strong because they rely on your strength to survive,” she concluded.

According to the Cerebral Palsy Alliance Research Foundation (CPARF), dyskinetic cerebral palsy, also known as dyskinesia, people suffering from the disease have variable movement that is involuntary (outside of their control). These involuntary movements are especially noticeable when a person attempts to move.