Home » Albinism: Young woman ready be an ‘ambassador for change’ 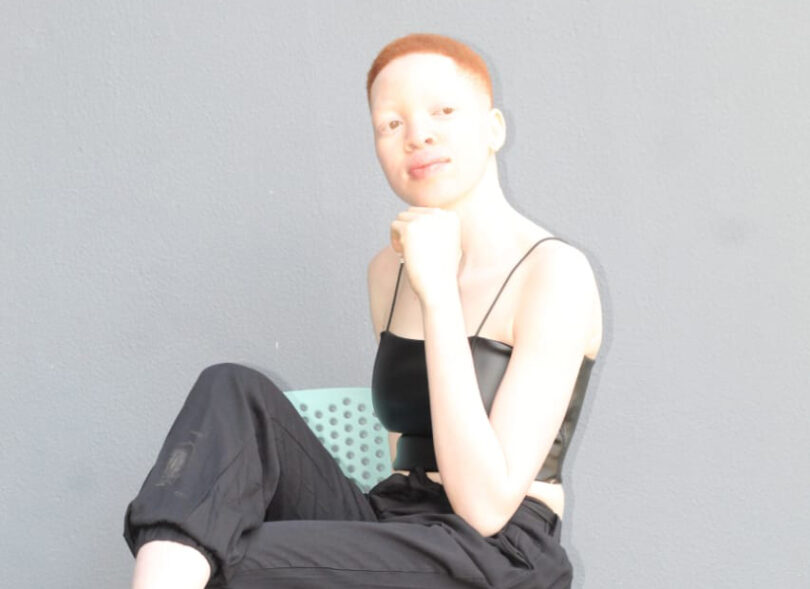 Sasekani Masingi is vying for the Miss Albinism crown later this year and hopes to be an ambassador for change. (Photo: supplied)

A young lesbian woman living with albinism has decided to kick stereotypes in the face and take on the world as she tackles various endeavours.

Albinism: Young woman ready be an ‘ambassador for change’

Glowing with confidence, Sasekani Masingi, is in the process of acquiring a university degree while studying further. She also has the Miss Albinism crown in her sights later this year.

The 24-year-old from the Mbhalati village in Limpopo is vying for the first-ever Miss Albinism South Africa title in October. Due to COVID-19 restrictions, the pageant was unable to take place on 28 August. 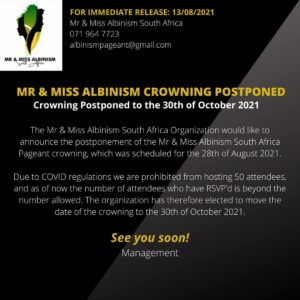 Masingi told Health-e News: “My primary reason for joining this pageant is simply because I want to be an ambassador of change. A champion and advocate of the rights of people with albinism, a woman who inspires other young Africans to fulfil their potential, recognise their self-worth and find their place in the world”.

“Likewise, it is a great privilege and honour to become one of the candidates for the Mr & Miss Albinism South Africa title since it would be a vehicle to do charity and create awareness as well as dispel stereotypes,” said the lady who gives credit to her mother Rirhandzu Risimati for instilling confidence in her from an early age.

South Africa is one of the few countries that takes representation for people with albinism seriously.

“My mom is my cheerleader. I always had confidence since childhood and that helped me deal with rejection because of my condition.  People are misinformed when it comes to albinism. I had several issues where I was treated differently.  And I was rejected a couple of times due to my sexuality,” explained Masingi.

She is not new to appearing in the limelight for inspiration and social justice for people experiencing slurs and stereotypes.

Back in her high school days at Filadelfia High School in Soshanguve Block L outside Pretoria, she won the title of Miss Valentine 2013/14. And today at the University of Limpopo (UL) outside Polokwane, she is the chairperson of UL Rainbow, a support structure for LGBTQIA+ on campus.

As someone with a burning eagerness to make a point in society, Sasekani made a brief appearance on reality TV show Born Legend on SABC 1 last month.

“Every episode has a new legend and in the episode in which I appeared, it focused on Mamaswa who was born normal. She later became disabled but she did not let her disability stop her dreams.  I was featured as differently-abled model. I was one of her models in her workshop on the show, “said the young lady who revealed she is an aspiring model.

On the self-empowerment front, she is busy with a BA in Translation, Interpreting and Linguistic studies honours degree at the UL. She is on the verge of completing her honours degree but has no intention of abandoning her studies and rest on her laurels.

“I am left with research methodology. After this module I’m done. I want to branch out and study sign language,” she said confidently.

A multilinguist Xitsonga mother tongue speaker who learnt English at school, the young woman can also converse smoothly in Tshivenda, Sepedi and isiZulu (with the last two making it possible for her two understand other Sotho and Nguni language groups as well).

With her Tsonga name Sasekani loosely translated to ‘be beautiful’, the young lesbian woman with albinism is optimistic she can snatch the first ever Miss Albinism crown come Saturday, 30 October. – Health-e News