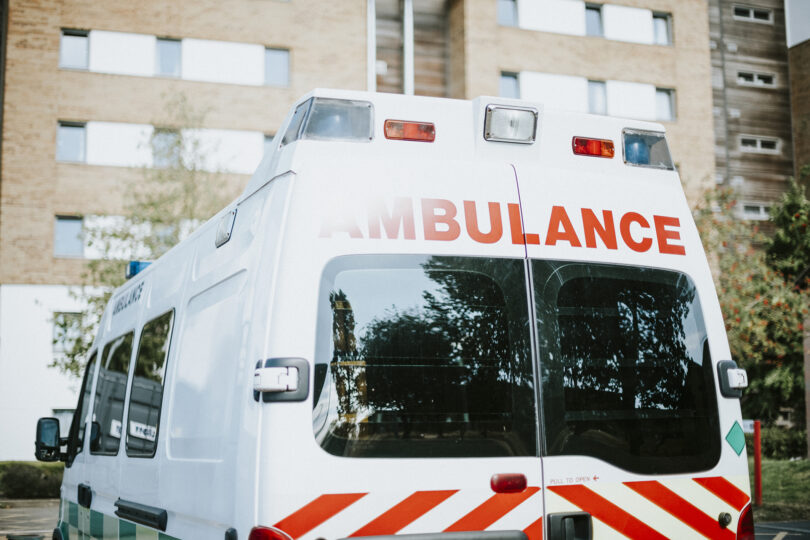 The department of Health in the Free State has denied reports that certain areas are given preferential treatment within the Metsimaholo municipality when it comes to the availability of ambulance services.

This follows a number of incidents of people dying while waiting for ambulances to reach Oranjeville. Residents from this area have claimed that only Sasolburg is attended to during emergency calls.

Free State health department spokeperson, Mondli Mvambi, said all cases that are logged are important and there is no ambulance for each town as people may think. He said it was unfortunate that there are people who succumbed to drowning while emergency services were on the way.

“We, as the department, prioritise all the residents especially during life threatening calls. It was not easy to reach the area especially from where our officials were coming from. We want to deliver our heartfelt condolences to the affected families,” he said.

Meanwhile, the community has further accused the department of transporting a donated ambulance to Sasolburg, adding to their woes.

Limakatso Mokhoane claims to have lost her father while waiting for an ambulance.

“My father died while waiting for an ambulance from Sasolburg. We want our own fleet and don’t want to have to wait for one to arrive,” she said.

Meanwhile, the trio who died when their car crashed into a dam tried to escape but didn’t manage.

ER24 spokesperson Russel Meiring said the light motor vehicle crashed off the bridge over the R716 in Oranjeville on Monday.

“On scene, the SAPS Diving Unit and the NSRI (National Sea Rescue Institute) began to search the surrounding water. After some time, no bodies were found, and the search was called off. [On Tuesday] morning, SAPS divers and the NSRI continued the search. After a few hours, divers found the bodies of two men. Nothing could be done for them,” Meiring said. 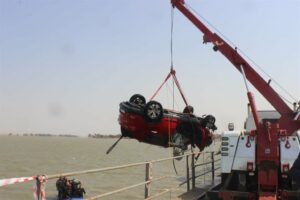 The last body of a man was recovered from a dam in Oranjeville three days after the accident. (Photo: SAPS)

The community of Metsimaholo in Oranjeville have demanded an immediate response to allocate ambulances to each town.

Joseph Monakale told Healthe-news that ambulances are needs for communities.

“Every town needs to have its own ambulances. Not too long ago, Eskom donated an ambulance to the clinic here but we are told that all ambulances are at the Sasolburg station,” he said.

Monakale confirmed that the community is aiming to embark on a protest.

“This has led to our decision to protest to demand that we have our own fleet of ambulances. We are of the view that each town needs their own emergency services such as police and paramedics. We have written to the office of the MEC of health to come and receive our memorandum of demands,” he added.

Meanwhile, it was reported by a nurse from the local clinic, who asked for her name to not be  published, that people have died while waiting for an ambulance from Sasolburg.

“Metsimaholo clinic stuff have witnessed so many incidents of patients dying while waiting to be transported to Fezi Ngubentombi Hospital in Sasolburg,” she said.

Since the Buthelezi Emergency Services scandal in 2018 – in which the private company contracted to run provincial ambulance services was accused of operating like a minibus taxi rather than an emergency service, there has been a serious lack of ambulances in the province. It was reported that the multi-million controversial tender was wrongfully awarded and former public protector Thuli Madonsela ordered the deal to be cancelled with immediate effect. – Health-e News