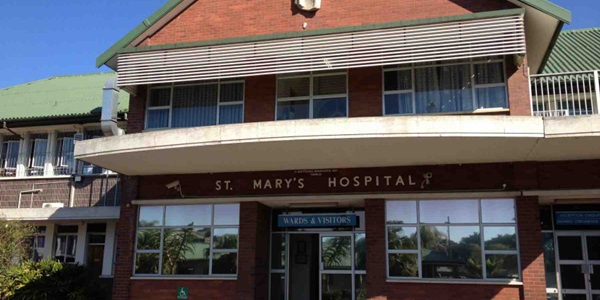 Patients can resume their chronic treatment at the St Mary's Hospital once a letter confirming their unemployment status is produced.(Photo: KZN Health Dept)

Patients can resume their chronic treatment after the St Mary’s Hospital in Mariannhill in KwaZulu-Natal announced that a letter confirming their unemployed status is required in order to qualify for free medication.

A letter from the Department of Labour will allow patients to get back on track after it was discovered by Health-e News that patients had stopped collecting their treatment in fear of owing the hospital thousands.

Zandile Mseleku, from Dossenhoek, stopped taking her treatment in June this year.

The 41-year-old said she decided to stop visiting St Mary’s to collect her medication for her heart condition as well as blood pressure pills because the system showed she owed the hospital a lot of money.

“No one at the hospital told me to stop collecting my treatment. I am the one who decided to stop because I knew that if I continued, my debt would increase,” said Mseleku.

St Mary’s Hospital requires every patient who visits to pay a fee of R40 for services rendered.

KZN Department of Health spokesperson, Mr Ntokozo Maphisa, confirmed that the hospital had always treated Mseleku without the letter but had made her aware of the requirements: if no letter is produced, the system will continue to show that she owes money.

“This is something that can be easily be rectified by providing proof of unemployment,” explained Maphisa.

Mseleku and others in a similar position, have never been denied treatment whether they’ve been able to provide evidence or not.

Maphisa added: “If a patient cannot afford the R40, they are assisted anyway.”

Mseleku ‘left in the dark’

Mseleku told Health-e News that she explained to the receptionist that she didn’t have the service fee nor money for a taxi to collect her medication.

“They told me that this was the last time that they were going to assist me. No one told me about going to the labour department to collect a letter of unemployment. It came as a surprise to me after the matter was raised in the media,” said Mseleku.

“Even now, it’s tough and that is why I decided to contact Health-e News to help me resolve this matter because I feel my days are numbered if I don’t start taking my medication soon,” she added.

Maphisa said the CEO of the hospital reached out to Mseleku following Health-e News’ enquiry where it was explained to her that she needs to bring a letter from the department of labour to prove that she is unemployed.

“The Department is concerned that this matter was never raised with hospital management, despite the contact details of the Public Relations Officer and Hospital CEO being displayed at numerous strategic points within the hospital,” said Maphisa.

He said that the department encourages all healthcare users and their relatives to always seek an explanation or lodge a complaint if they feel aggrieved when visiting the hospital. – Health-e News