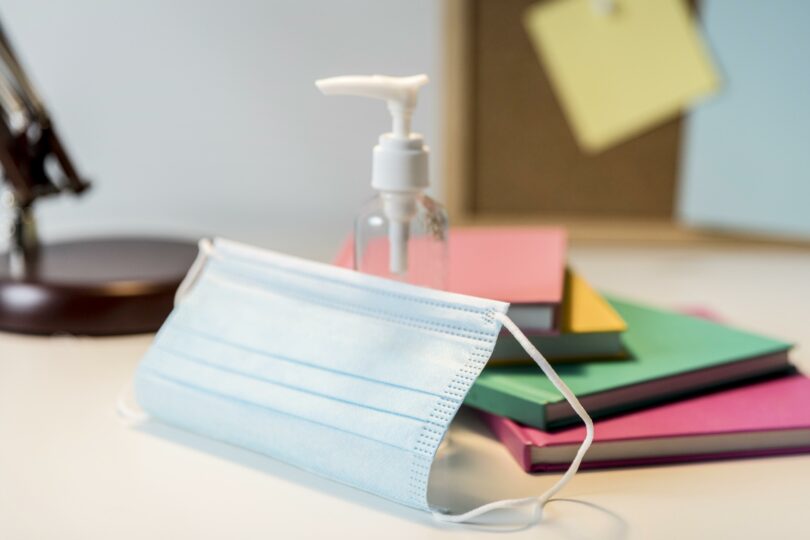 Ladybrand Primary is the latest school in the Free State to have reported an outbreak of COVID-19 among its learners. (Photo: Freepik)

The Ladybrand Primary School in the Free State is causing the province’s department of education major concern after 87 learners tested positive for COVID-19 this week. This latest outbreak comes days after Grey College Secondary reopened their doors after experiencing a spike early August.

Free State education department spokesperson, Howard Ndaba, said the school would be closed until next Monday.

“The learners, from Grade R to 7, will return using a staggered format stretching over three days.

He added: “The MEC, Tate Makgoe, is worried that this may escalate and disrupt the ongoing preliminary trial exams. Makgoe is scheduled to meet with district managers in discussing how this matter should be handled in the coming days.

Sporadic outbreaks throughout the province

Ndaba also revealed that 39 learners, 28 at Dr Blok Secondary School and 11 at Heide Primary in Bloemfontein, all tested positive. Of the almost 40 learners, only five don’t reside in the hostels.

“This is an outbreak in our view and we are working with the Department of Health to provide guidance. Learners have been tested since Monday and the numbers just keep on growing,” said Ndaba.

Earlier, the education department denied treating schools in town better than those in townships after scores of learners tested positive in Marquard, a small farming town situated in the Thabo Mofutsanyana region. It is alleged that neither the primary or high school was closed.

The Free State has been experiencing a rise in COVID-19 cases at schools since the start of the third therm. Two schools, situated opposite each other in Wepener have also closed while learning has been suspended at Tlotliso Primary and Qibing High School this week.

This worrying trend has prompted the the National Association of School Governing Bodies (NASGB) to take action and meet with the MEC as soon as possible.

Committee Member Hlobo Monokoane said: “We are meeting with the office of the MEC of Education soon to discuss the surge of infections and to find out why certain schools aren’t closed. We want fair treatment to for all schools since COVID-19 doesn’t discriminate.” – Health-e News