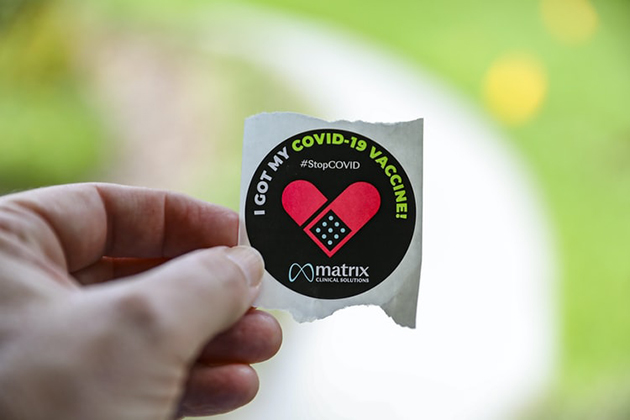 As the debate about mandatory vaccination in South Africa rages on, Health-e News asks the question: Are we going to see policies dictating compulsory jabs?

Short answer: Not from the government, for now, but maybe from businesses.

While government ‘uhms’ and ‘aahs’ about the matter – with Health Minister Joe Phaahla confirming last Friday that the matter has been raised for official consideration – we take a look at all the factors playing a role in this mammoth decision in a country where vaccine hesitancy appears to be at an all-time high.

On the 11 June, the government published a new Consolidated Direction on Occupational Health and Safety Measures in certain workplaces which requires that every employer must undertake a risk assessment. This assessment should take into account the operational requirements of the workplace and whether it intends to make vaccination mandatory.

If so, employers need to identify those employees who are at high risk of contracting the disease at work, or are prime candidates for severe COVID-19 symptoms due to their age or comorbidities, to be vaccinated.

This directive has sparked a debate as the need for employees in certain workplaces look likely to face mandatory vaccination.

But as for government, it remains to be seen what will materialise once their ongoing discussions come to a head. Phaahla’s stance on the matter is also at times, hard to keep up with as the debate rages on.

He has stated that personally, he doubts whether a regulation will be introduced forcing everyone to vaccinate. He, does however believe, that certain sectors like services and entertainment could require mandatory vaccines.

And just on Tuesday, Phaahla, during his address to the National Council of Provinces (NCOP), admitted that he’s ‘quite certain’ a time will come when public facilities will not be accessible without proof of vaccination.

He added: “Our own preference would be for people to come voluntarily to vaccinate, but as people want more freedoms [such as attending religious ceremonies or entertainment venues] and to access facilities, we are not excluding the considerations of a stage where [the people in charge of those facilities] would have the right to make certain demands.”

Experts weigh in on the matter

Experts are keener, arguing that the notion isn’t new and should be considered in the interests of public health.

”It’s (the introduction of compulsory vaccination) now on our agenda. Mandatory vaccination was done before in the case of Hepatitis so there is nothing new here. We still have not discussed it with government, but we recommend it,” said Ministerial Advisory Committee Chairman, Prof Barry Schoub, in a television interview earlier this week.

”I am of the opinion that healthcare workers won’t be against it because they come into contact with many people, vaccinated or not.  We (the Ministerial Advisory Committee) are an independent body so it’s not a contradiction when we call for mandatory vaccination and government does not. We advise government on COVID-19 matters and in the past, most of the advice we have given has been accepted and implemented,” said Schoub.

He said those anti-vaxxers who quote their constitutional rights for doing so, must also remember that those who are vaccinated, also have rights, and should be protected against the non-vaccinated.

Wits University’s Professor Ames Dhai – who is a leading authority in bioethics – says South Africans should practice the culture of Ubuntu in everyday issues.

”Ubuntu is the concept of I am because You are. I have to take the vaccine not to protect myself only, but you as well. Government must have a focussed communication plan based on science. This plan should target everyone and should be in all different languages to make it easily understandable,” said Dhai, who is also the chairperson of the South African Medical Research Council (SAMRC).

Numerous conspiracy theories have been paddled through social media to discourage people from vaccinating.

Dhai said people should follow science because one’s chances of dying after being vaccinated are very slim if not zero. She also said those vaccinated experience milder symptoms during re-infection which in turn prevents hospitalisation.

”It’s important to take the example of healthcare workers. They were vaccinated during the Sisonke trials and to date, none of them have died. These are simple things which those opposed to vaccination should notice,” she said.

”We have had a vaccine mandate for people before,” she said during a television debate this week, adding that people cannot be forced if religious reasons enter the fray.

”There can be exemptions but they must be thoroughly and carefully examined to make sure the reasons given are genuine. Otherwise, many will use that route to escape vaccination,” said Karim.

While government opts for persuasion tactics instead of making inoculations a must, businesses have the freedom to choose otherwise.

ENSafrica’s Employment Law Department Executive, Lauren Salt, said that if employers decide to implement mandatory vaccination, the Consolidated Direction requires employers to compile a vaccination plan. The plan must identify the employees to whom the Vaccination Policy applies; set out the process in terms of which the employer will comply with the obligations in the Consolidated Direction; and set out whether the employer intends making it mandatory for identified employees to be vaccinated.

“The Consolidated Direction goes further and requires that, in developing a vaccination policy, an employer must take into account the rights of its employees to bodily integrity, and freedom of religion, belief and opinion as set out in the Constitution. It should also be noted that there is an obligation for employers to consider any applicable collective agreement and take into account the Vaccination Guidelines in developing their policy,” said Salt.

Employees have a right to refuse to comply with a mandatory vaccination policy based on legitimate grounds such as personal beliefs.

“The circumstances of each refusal will need to be considered on a case-by-case basis. Exercising the right to hold that belief though may not immunise employees from the ramifications of their refusal – it there are no accommodations that can be made, the employees may be terminated,” said Salt.

The debate about making vaccines mandatory in South Africa has been heated and ongoing as government tries to balance public health priorities with ethical and legal considerations. The South African courts have not yet had the opportunity to decide on the issue of compulsory vaccinations, however, the courts have made several other judicial pronouncements on the justifiable limitation of constitutional rights. It is probable that the courts will find that mandatory vaccinations will be a justifiable reason to limit constitutional rights when considering the greater public interests. It is important to assess making vaccines mandatory in light of constitutional rights.

South Africa versus rest of world

While South Africa considers mandatory vaccination, it’s interesting to see what other countries are doing. At first glance, it’s evident that the entire globe is split in half as several nations face the possibility of compulsory vaccines in the near future.

Protests, some violent in nature, have erupted in Greece, Canada, France and the United States, just to name a few. This, as new mandates, kick in, especially for care workers, truck drivers and employees in quarantines hotels.

We take a look at a few countries and their vaccine mandates:

United Kingdom: It will be mandatory for care home workers in England to have vaccinations from October. English nightclubs and other venues with large crowds will require patrons to present proof of full vaccination from the end of September.

Canada stated mid-August it will soon require all federal public servants and many other workers to be vaccinated against COVID-19. The vaccine mandate will also include air, train and cruise ship travellers.

Back home, all we can do is wait and see what transpires in the coming months. Perhaps Phaahla summed it up best: “You can’t have your cake and eat it. You can’t enjoy your right not to be vaccinated but then also endanger other people’s lives.” – Health-e News