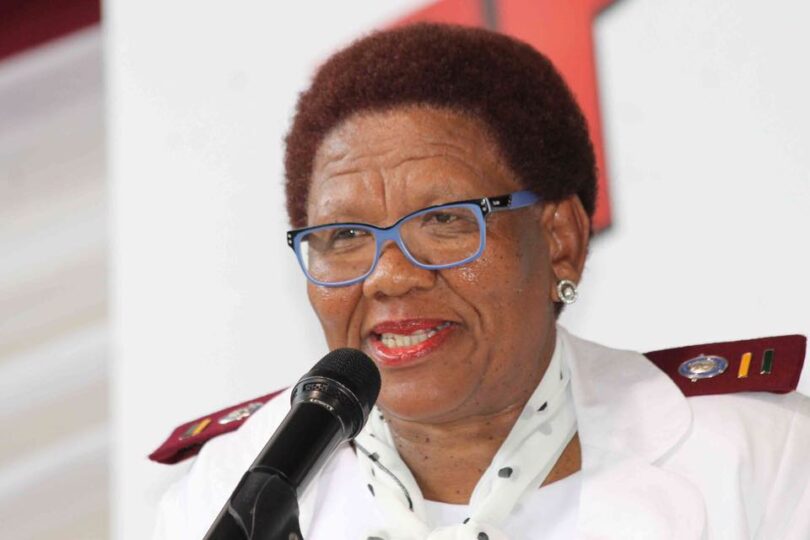 The Free State Department of Health, headed by MEC Montsheng Tsiu, will extend its vaccination drive to taxi ranks and shopping malls with the hope of reigniting the initial COVID-19 vaccination buzz which has died down in recent weeks.

With the numbers of people getting vaccinated at the Free State’s only drive-through vaccination site – at the Free State Stadium in Bloemfontein – tapering off, Tsiu is planning to take the vaccine drive to places were the majority of people are.

The Free State Health Department is aiming to vaccinate more than 60% of the province’s residents by the end of the year or by end of the first quarter of 2022, but Tsiu conceded that the current “drive-through” initiative may have been taken out of context by many people who literally though it was meant for people driving.

“This initiative will be rolled out in other districts across the province, particularly during weekends. We are hoping to vaccinate over 60% of the Free State population so we contribute to the targeted population immunity percentage,” said Tsiu.

“We are happy with this site, because it made a huge impact in its first three days when we managed to vaccinate over 1 000 people a day. However, we realised when numbers started to drop that people may have thought it was only for those driving, because we call it a drive-through,” she said.

Taking it to the people

Tsiu added that it was important to spread the vaccination rollout to areas were the majority of people congregate, including taxi ranks and shopping malls. “We are working to take our drive to taxi ranks and malls where our people are and that will also help many taxi drivers who could not go to various sites to get vaccinated,” she the MEC.

She also apologised for lack of messaging to encourage to the public to get vaccinated, adding that the national Department of Health was responsible. “We were supposed to ensure that we encourage our people though the use of various media, but we let the national department deal with the matter.”

Tsiu used the opportunity to call on all people who haven’t been vaccinated to come to the centres: “Vaccinations are available to all eligible age groups, according to the Department of Health, and which may still change as they broaden the scope of eligibility. The vaccination sites operate from Monday to Friday from 8am to 5pm and on weekends.”

Happy to be vaccinated

Towns that are aiming to grow their vaccination rollouts to taxi ranks includes Welkom, Bloemfontein, QwaQwa, Sasolburg and Botshabelo.

Health-e News spoke to some who have been vaccinated. Thabo Ramoopela said although he was sceptical, he believed it was important and healthy be vaccinated.

“I am feeling very happy and very glad to be injected with the vaccine, because a lot of people are losing their lives due to this pandemic. I went to take the vaccination and there were no side-effects, there was nothing. It is a nice thing to do, so that I can be protected. I was a little negative about it, but I came to the decision to take it, it’s a positive thing to take it,” he said. – Health-e News