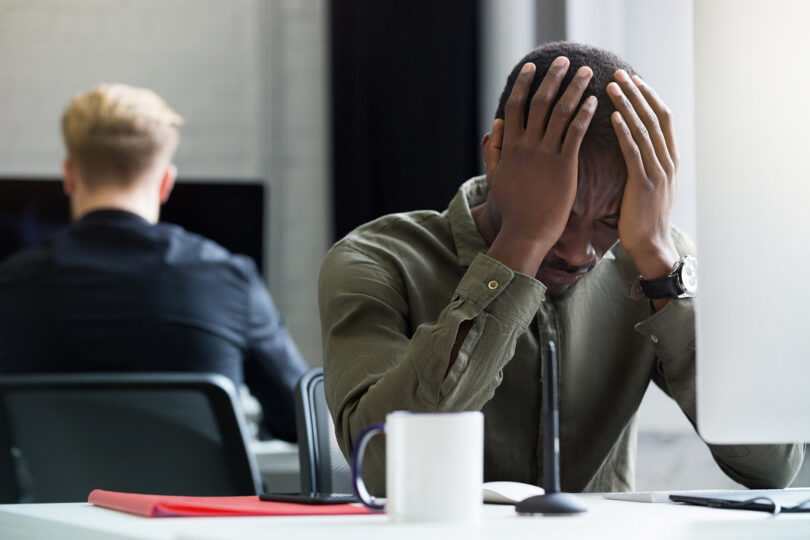 A male-led NPO that offers help to victims of gender-based violence (GBV) reports that the majority of its cases involve Limpopo men who are being abused by their female partners.

A Limpopo-based non-profit organisation (NPO), that offers help to victims of gender-based violence (GBV), says that since its establishment in November 2020, it has seen an influx of men who are breaking the gender stereotype that “men cannot be abused”.

Speaking to Health-e News, founder of Real Man Foundation, Itani Calvin Nengudza, said that over 75% of cases which have been brought to the NPO’s attention are of men who are seeking help against their abusive female partners.

He added that it is encouraging that more men are coming forward to seek help for GBV, which is a step in the right direction towards the eradication of GBV from society.

“The main reason why our organisation was established was in response to what is currently happening in our country, so many cases of domestic abuse/GBV reported daily. So many women are being murdered each day by men, while we also have men who are also victims of such violence,” said Nengudza.

“The Real Men Foundation was established to find the root cause of this violence. We felt we needed to encourage ‘real men’ who will not engage in such violence, but who will be an example to both women and children. However, in the process, we also found that there are so many men who are being abused by women, but they are reluctant to seek help.”

In 2019, Health-e News reported that in the Vhembe district, in Limpopo, more than 13 000 gender-based violence cases were opened, ranging from rape and domestic violence to murder. Attempts to get the latest GBV statistics from police in the province were unsuccessful, as spokesperson Brigadier Mojalefa Mojapelo failed to respond at the time of publication.

At some point GBV against Men needs to be put on the spotlight. How long shall we ignore it 🤔🤔🤔🤔🤔🤧 https://t.co/cH67uf4gM6

According to Nengudza, the Real Man Foundation has identified, infidelity, lack of patience in relationships, irresponsibility among men, and gender stereotype that men are more superior that women as the root cause of GBV among communities in Limpopo.

The foundation offers counselling, helping victims of open criminal cases against perpetrators and by offering temporally shelter and food parcels to victims of domestic violence.

According to Nengudza, during the month of August the foundation received over 100 cases of domestic violence which includes fathers being denied access to see their children, to violence between intimate partners.  About 70% percent of those cases were brought by women against men. But during the month of September the foundation received more cases of domestic violence where women were cited as being the main perpetrators of such violence, as 20 cases were reported by men compared to the 12 brought by women against men.

Speaking to Health-e News, Meshack Munyai* from Tshakhuma in Limpopo said that he brought a case to the foundation because he was denied access to seeing his two children by his wife after a spate of marital problems.
“Soon after losing my job at one of the farms in Limpopo last year in November, things took a strange turn at home and things were not going well between me and my wife of more than six years. We used to argue almost every day, and sometimes I thought it was because she has lost respect for me, because I was no longer working,” he said.
“One day, when I was coming back home from doing a part-time job, I found that my wife had packed most of her belongings and went back to her parents house. I was devastated.”
Munyai said that he was “suffering, especially knowing that there is nothing wrong which I have done to her, as it seemed like my only crime was being unemployed. And the worst thing was that she denied me access to my two kids, aged five and three and that hurt me deeply as despite everything, I love my kids and I can do almost anything to make them happy,” he said.

“After few months of suffering in silence, I heard of the Real Man Foundation on a local radio station and decided to go and seek professional help on what I could do in order to see my kids. Luckily when I finally got to visit their office in Tsianda village outside Thohoyandou in July this year, they welcomed me in a loving manner and I was able to share with them what was going through in my life and mind,” he said.

Through the assistance from the Real Man Foundation, Munyai managed to reconcile with his wife in August, but he said that they are still going for counselling in order to mend their marriage.

“[The foundation] provided me with professional counselling, and they also became a mediator between me and my wife, and after going for a couple of counselling me and my wife, we decided to reconcile and we are back together, though we are still going for more counselling in order to mend our relationship properly,” he said.

“The foundation has also sent me to security training in order to advance my chances of finding a job in order to be able to provide for my family.”

Women have rights too

“As men, we have to understand that the women in our lives – whether it’s our daughters, wives, spouses, or mothers – have a voice and rights, which is something we must respect and move away from the mentality that a man word is ‘final’. If we manage to do that, we will see a decrease in GBV cases,” said Nengudza.

“Infidelity among two people who are in a love relationship is also a major cause of violence, as most of cases that are being brought to our attention often stem from one partner being unfaithful in the relationship.”

Globally, one in three women experience physical and/or sexual violence in their lifetime, mostly by an intimate partner and this is a stark reminder of the scale of gender inequality and discrimination against women, according to the World Health Organisation.

However, Nengudza believes that a significant number of men are also victims of GBV, but are often afraid to speak out and seek help, which results in preventable deaths and a high level of violence in society.

Afraid to speak out

“Men are also being abused, but most are afraid to seek help, as they fear being judged or laughed at. If we manage to break this gender stereotype and encourage more men to seek help, we will be able to eradicate GBV in our communities, as men who are being abused in silence and do not seek help often tend to resort to violence such as murdering those responsible for their abuse,” he said.

“The reason why we have attracted so many male victims of domestic violence could be because the organisation is led by men and male victims feel comfortable sharing their problems with us.”

The Real Man Foundation holds occasional talks within various communities in Limpopo to share information with both men and women about how to treat each other and encourage them to seek professional help when they experience problems in their families, marriage or at the workplace.

“Our motto is that a real man does not abuse women and children, but instead seeks help when he has problems. And we are here to help, not only men, but everyone who is a victim of GBV,” added Nengudza.

According to Statistic South Africa, most cases of femicide are committed by partners or ex-partners and involve ongoing abuse in the home, threats or intimidation, sexual violence or situations where women have less power or fewer resources than their partner.

Earlier this year, during the launch of a fund-raising event for the Gender-Based Violence and Femicide Response Fund, President Cyril Ramaphosa said “gender-based violence has social, psychological, financial, health, educational, political and security effects. And its effects are insidious, extreme, inter-generational and long-lasting, not just on victims and survivors, but also on society”.

Health-e News spoke to a few men in Limpopo to find out if they would be open to seeking help if faced with problems which could lead to GBV, or if they are faced with abuse at the hands of their loved ones.

Samson Mudau (42), from Mpheni village outside Elim, said that he might be willing to seek help if he is faced with problems only if he is guaranteed that his problems will be kept confidential, as he does not want to be labelled as a weak man by society.

“As men we were raised to be strong all the time, even when we are suffering which is wrong. We were taught that a man must never cry nor seek help even when they are faced with problems,” said Mudau.

Lufuno Tshifhango (36), from Ha-Mutsha village outside Thohoyandou, said seeking help from people who do not know him personally can be an option, as they will not judge him.

“I think that If I ever experience any problems which could potentially lead to GBV or if I find myself being abused by my partner, I could consider seeking help from people who are far away from where I stay,” he said. -Health-e News.

* Names have been changed to protect the individual’s identity