Home » Encouraging men to ‘man up’ about their HIV status 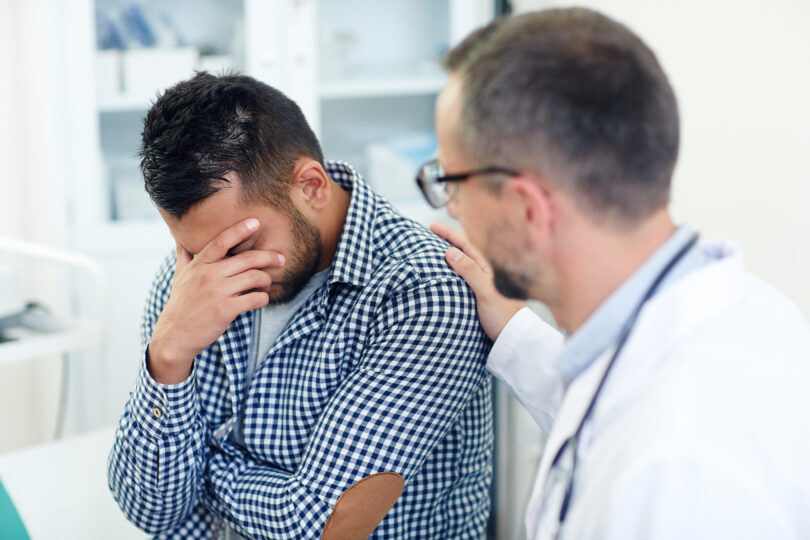 More needs to be done to educate men living with HIV in South Africa about the virus, as they are less likely than women to get tested or disclose their status to others, due to a fear of rejection and discrimination.

Young people and men living with HIV in Eastern and Southern Africa are less likely to be aware of the status, according to UNAIDS, while 90% of women living with the virus – aged 25 and above – knew their status in 2018.

Given Munyai* (24), from Limpopo, who was born HIV positive, said that living with the virus has taught him that stigma and discrimination associated with HIV makes it difficult for men to get tested or seek treatment.

Though he has fully accepted his status, Munyai told Health-e News he still fears being judged and rejected by society, hence he is yet to openly disclose his HIV status, as people tend to distance themselves when he does so.

“As men, we fear being judged and rejected, something which living with HIV has taught me. People will reject and judge you the moment you tell them that you’re living with HIV, which might be one of the reasons why most men would rather suffer in silence and not disclose their HIV status or seek help,” said Munyai.

Munyai, currently a marketing student at the Vhembe FET College, learned of his HIV status when he was 13, yet his mother made sure that he took taking his medication from since birth.

“Growing up, I was always sick, but I didn’t know the cause of my illness was HIV. My mom used to tell me that I need to keep taking my medication to get better, but I did not know that the medication I was taking was for HIV. It was only when I was about 13 that my mom finally explained to me the reason that I was always sick and had to take medication was because I was HIV positive.”

According to the World Health Organisation (WHO), HIV continues to be a major global public health issue, having claimed 36.3 million lives so far. Although there is no cure for HIV infection, increased access to effective HIV prevention, diagnosis, treatment and care, including for opportunistic infections, has made HIV a manageable chronic health condition, enabling those living with HIV to lead long and healthy lives.

Being young and not knowing much about what it meant to be HIV positive, Munyai used to believe that one day he would be cured. It was only when he joined a local support group for people living with HIV that he learnt more about the virus.

Munyai added that there is still a need to educate people, especially in rural areas, about HIV, as those openly living with HIV are often subjected to discrimination and rejection.

Khathutshelo Nemafhohoni, from Vhutshilo Mountain School, outside Louis Trichardt –which was specifically established for children affected by HIV – said that support groups help them to understand more about the virus

.“It is always advisable for people, especially children, who are living with HIV to join support groups within their communities to learn more about the virus and have a better understanding of how the virus works.

“Groups also help to instil confidence and improve self-esteem among those who are living with the virus. When people share their journeys about HIV, it often helps those who have just been diagnosed to realise that HIV is not a death sentence, but just a chronic illness,” said Nemafhohoni.

“Almost a fourth of South African women in their reproductive ages (15-49 years) are HIV positive. HIV prevalence among the youth aged 15-24 years has remained stable over time. The total number of persons living with HIV in South Africa increased from an estimated 3.8 million in 2002 to 8.2 million by 2021, with the largest number of people enrolled in antiretroviral treatment (ART) programmes in the world,” the study stated.

Rodney Knotts, senior marketing advisor at USAID (United States Agency for International Development), said masculinity and the perception of what masculinity should be among South African men can have a strong influence on what they do and think. Being “sick” can be perceived as a sign of weakness and therefore men may be reluctant to seek out medical intervention, even when they are not feeling well.

“While most women have ongoing interaction with healthcare facilities, having been required to visit them from a young age around their sexual health, family planning and childcare, entering this unfamiliar space can leave men feeling intimidated or embarrassed. Combined with strong patriarchal beliefs, they may feel compromised at the thought of a female healthcare worker examining and diagnosing them,” said Knotts.

“The practical issue of going to a healthcare facility for an HIV test – and any kind of ongoing treatment – also plays a role.  If the man is working, taking time off because of lengthy queues may be a very real deterrent, resulting in the man delaying going until such time as he is too sick to work and has no other choice.”

Knotts also stated that the mindset among some South African men is that HIV could never happen to them as there is a myth that men cannot get sick.

“Some men are afraid of the perceived stigma of living with HIV and therefore prefer to keep their heads in the sand. There are many factually incorrect and negative perceptions from the general community around HIV, people living with HIV and ARVs, perhaps deterring a man from going down this road, even before they have begun,” said Knotts.

“The solution lies in changing men’s mindset so that being sick is no longer perceived as a weakness and rather that strength is seen in acting. Sharing accurate facts, based on the latest information, with the broader population will create a better understanding of how people are living successfully with HIV.”

Knotts added that there is a need to educate men about HIV and change their perceptions and mindset.

“To further establish credibility, showing examples of how actual men are living normal, healthy lives will further demystify and break stigmas. This should be supported by creating spaces for men within the healthcare environment which consider their unique needs – whether this is inside the four walls of a facility or within the community itself,” he said.

“Our belief is that it isn’t the test itself that is the issue, but that the focus needs to be on educating men and changing their perceptions around what having the condition will mean for themselves, their lives, their partners and their communities.” – Health-e News