Home » Help A Sister Out: Maternity bag drive for those without 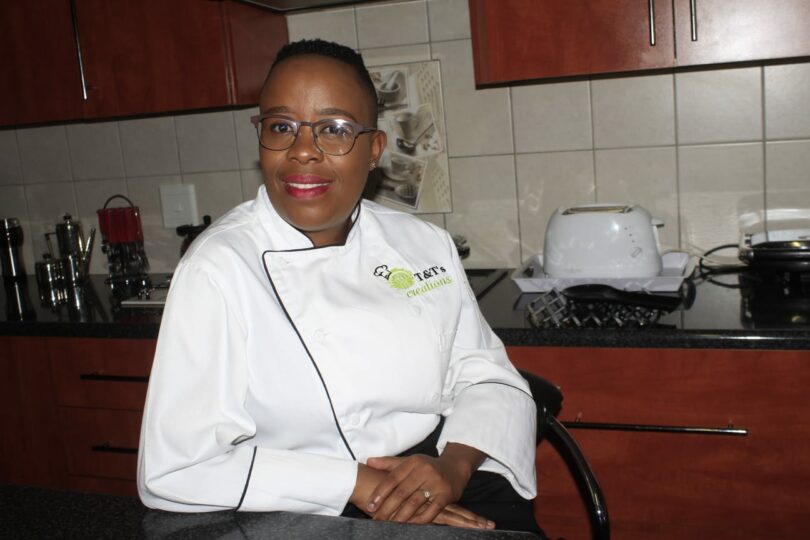 After giving birth four months ago, a Limpopo mom has decided to reach out to fellow mothers who are struggling to provide basics for their newborn babies. By Montsho Matlala.

She has since launched a maternity bag drive ‘Helping a Sister Out’ to assist these young women and their infants. By Montsho Matlala

Tshepiso Molemela was one of many women in the maternity ward at the Mokopane Hospital in the Mahwelereng township in May. Her time there was an eye-opener for the 36-year-old who came to grips with the harsh realities of poverty in her community.

Molemela realised that once some of her fellow ward mates were discharged from hospital, they’d really struggle.

“There were two ladies who did not have nappies or clothes for their infants,” she told Health-e News. “Most of them are young, from struggling families, and in most cases, the fathers of their babies had either run away or were unemployed.”

Upon arrival at home carrying her new bundle of joy, she decided to lend a hand to mothers who have nothing for themselves and their babies other than a single nappy, one pad and a small blanket to wrap around the baby, as provided by the hospital. 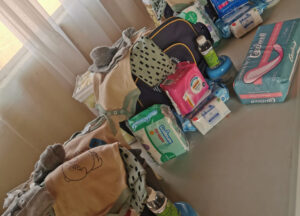 Some of the essentials collected as part of the ‘Helping a Sister Out’ drive. (Photo: Supplied)

“I discussed the issue with my husband and fortunately he thought it’s a good idea. And that is how the ‘Helping a Sister Out’ drive was launched, offering deserving mothers and babies the help they need.

“At the moment the pack we give to a mother includes a new bag, surgical spirits, baby petroleum jelly, a small baby blanket and sanitary towels for the mother. If we can get more donations, we should be able to reach more mothers throughout Limpopo and beyond,” said Molemela who runs a small cooking and catering business with her husband.

She is overwhelmed by the number of women in the province who are in need, and regrets not ‘being able to assist everyone’ due to not having much of their own.

Molemela uses her Facebook page to request donations for her maternity bag drive, and she and her husband also contribute to the cause.

Grateful For The Help

20 year old Mathabo Masale*, one of the recipients, is immensely grateful for the assistance. She dropped out of Grade 12 when falling pregnant, and is now unemployed. “With no money to buy things for my baby I got this package from Helping a Sister Out and I am very thankful”, she told Health-e News. She was also advised by Molemela to apply for child support.

Mathabo and her baby’s father are part of the 49.9 percent of unemployed people in the province. This figure was released by Statistics South Africa (StatsSA) towards the end of August this year. About 3.1 million people in the province were recorded as living below the poverty line in 2019, according to Limpopo Economic Outlook and Review 2021/22.

Molomela understands that most women who are in need of mother and baby pack donations lack money for transport.  “I go to their homes to deliver the parcels. But I don’t just drop off the parcel and leave, I talk to them to try to understand their situation then motivate them accordingly,” she said.

The Limpopo Department of Health has not responded to Health-e News request to explain what level of assistance is provided to mothers who cannot afford sanitary care for themselves and supplies for their babies after giving birth.

A nurse at Mankweng Hospital outside Polokwane said it depends on the situation of the individual.  “As a rule, women giving birth in hospitals get pads, nappies etc, while still under care. But some who can afford it prefer to use their own”, she said, adding that ‘baby blankets, sanitary towels and other items may be available provided donors have contributed’. –Health-e News