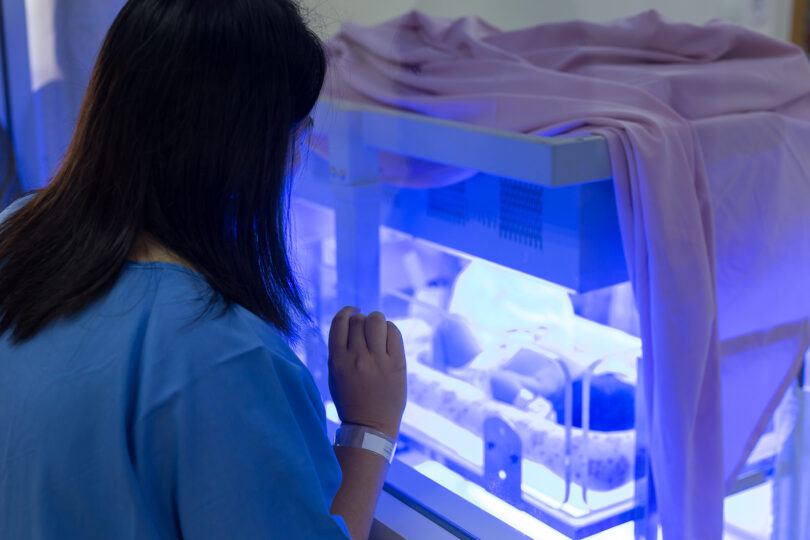 Maxim's parents decided to explore alternative treatment options after their son, Maxim, was born with brain damage after suffering an undetected in-neuro infection in the womb. (Photo: Freepik)

Antoinette Harvey was looking forward to graduating after three years of studying alternative neurological therapies when her son died one month before he turned three.

Maxim was born with a severe infection which caused oxygen deprivation. He was diagnosed with Quadriplegic Cerebral Palsy with Severe Dystonia Scholiosis and Cortical Visual Impairment (CVI).

Harvie said her pregnancy had been uneventful but at 38 weeks, her son stopped moving, resulting in her having an emergency caesarean delivery (C-section).

“As soon as he was born, he was taken to the neonatal intensive care unit (NICU) because he wasn’t breathing properly and was swollen,” explained his mom.

She added: “So, they tested him and looked like he had an in-neuro infection for about 10 weeks before he was born. It went undetected and in those 10 days, caused brain damage.”

The new parents were informed that their seven-day-old son had cerebral palsy and that his brain was the size of a baby born at 28 weeks.

Quadriplegic Cerebral Palsy is a form of cerebral palsy that means the “loss of use of the whole body.” It’s the most severe of the three types of spastic cerebral palsy, marked by the inability to control and use the limbs and body.

So began the Harvie’s search for ways to help Maxim live the best and most comfortable life possible.

“We had the usual resources available like physio as well as starting speech therapy earlier on. We did all that, but we felt like he wasn’t responding nor enjoying the sessions much,” said Harvie.

While exploring alternative neurological rehabilitation options, they discovered NeuroMovement – a method founded in the United States which uses principles of brain plasticity. The family travelled to U.S for treatment and Maxim responded well to it.

“He was only four months old when he started but he responded so much better than he did with traditional therapy and it resonated with us because they focus on the brain and not the body,” said Harvie.

The Anat Baniel Method (ABM) NeuroMovement method wasn’t available in South Africa at the time. The Harvies joined forces with a few other families to bring practitioners out to SA from the US.

Maxim’s best friend, Paige, also had Quadriplegic Cerebral Palsy and CVI. So the two mothers signed up the ABM training so that the therapy was available to other children in SA.

“We decided to travel to the States to do the NeuroMovement training. We did that for about three years to get our initial qualification and then Maxim passed away a month before my graduation. He had a serve kidney failure. That morning we rushed him to the hospital but unfortunately his heart had already stopped due to internal bleeding,” said Harvie.

Carrying on for Maxim and others

She continued:” There was nothing they could do for him, they could not resuscitate him. It was quite a big shock but I decided to continue with the training to be able to help other kids, to help more people understand that there is hope for their children, no matter how severe the brain damage is, they can do better and they can be the best that they can be.”

And so the Red Balloon Foundation was born. It uses two techniques to help children with cerebral palsy. The first technique is the CVI where a functional vision assessment is done to see the type of CVI characteristics the child has. There are 10 CVI characteristics which include colour preferences, the need for movement in order to see an item, and visual latency.

Harvie explained how other parents could be taught to help their children.

“Based on the child’s assessment, we help to teach the parents how they can create an environment at home where they can teach their child to see. We create intervention plans and teach them what type of objects they can use with their child, where to hold these and how long to hold the items. We go through different phases with them,” said Harvie.

The second technique used is the ABM NeuroMovement. This method uses movement in ways that awaken the remarkable capacity of the brain to create new connections and new possibilities.

“With neurological rehabilitation methods like NeuroMovement, what we’re doing is to use touch in order to communicate with the person’s nervous system to help the brain do its job better. It’s very different from physical therapy where you’re stretching your muscles and trying to get the body to perform in a certain way. We are trying to get the brain to spontaneously get the body to work in that way,” said Sundstrom.

Sundstrom, who is also an ABM NeuroMovement Practitioner for the Red Balloon Foundation, said that traditional therapy was very traumatic for her daughter, Paige, and herself. The little girl would get upset, become stiff and start crying so it was very difficult for Terry, as a mother, to see her daughter in that state.

“Once she started her therapy in America, I saw her change. It was the first time I saw her engage, not get upset, and become more interested. As a child, she used to cry for hours and would be upset and unhappy. Her personality just calmed down as soon as she started the therapy. We started to see her personality, she was a happy child,” said Sundstrom.

To date, through donations and the sale of their mascot teddy “Skapie”, the foundation has been able to help multiple children receive neurological rehabilitation including ABM NeuroMovement Intensives as well as offer CVI assessments for 13 children from the Joburg General Hospital and Red Cross Hospital in Cape Town. They’ve also been able to host workshops to educate parents, caregivers, and therapists on CVI. -Health-e News