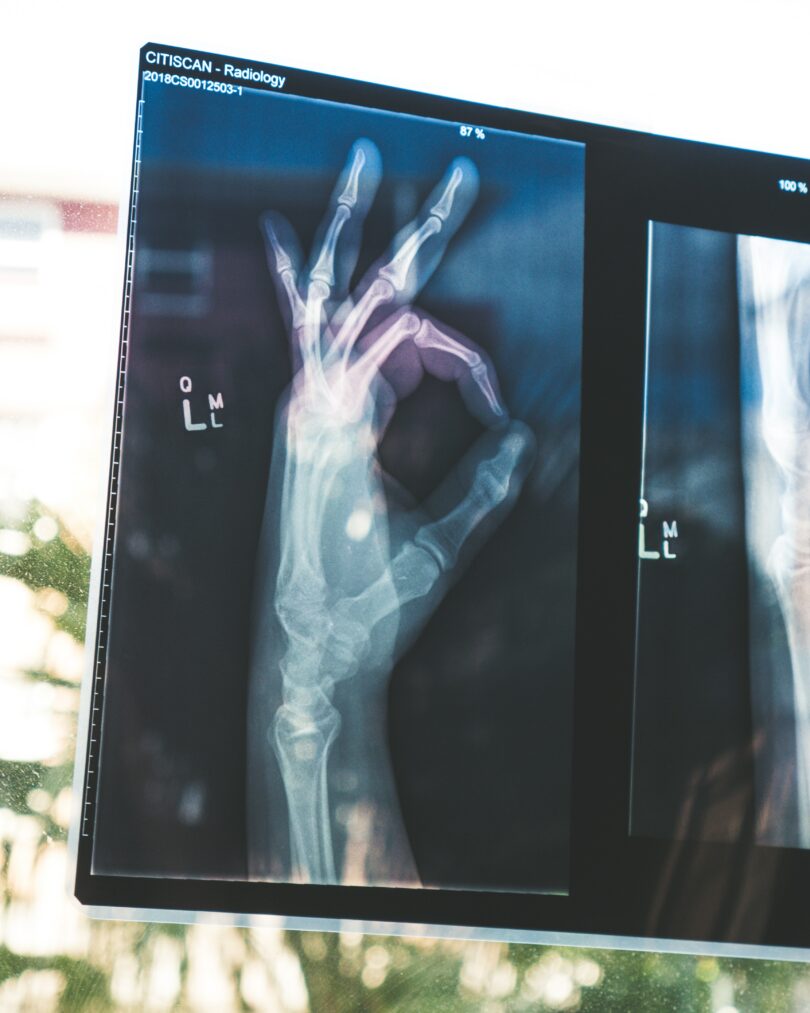 This World Osteoporosis Day remember to love your bones

Fifty-eight-year-old Mickie Jacobs never considered that she could be at risk of osteoporosis, so she never thought to get tested. Like many sufferers of the disease, she suffered several injuries before being diagnosed.

“I had two fractures within six months and broke my wrist at the gym a few weeks later before I was diagnosed with osteoporosis. One of the turning points was shattering my shoulder after falling off my bicycle and breaking my knee while taking up running as a new form of exercise. I remember experiencing horrific pain throughout the fractures,” said Jacobs.

Osteoporosis is a disease in which the density and quality of bones are reduced. This leads to the skeleton weakening and increased risk of fractures, particularly in the spine, wrists, hip, pelvis, and upper arms.

An estimated one in three women and one in five men in South Africa will develop osteoporosis in their lifetime. This translates into between four and six million South Africans who have the disease. Almost 30% of hip fracture patients die within a year, and over 50% off the rest won’t function independently again.

Jacobs said she is fortunate that the disease has had a minimal impact on her lifestyle.

“There’s a very important difference in living with osteoporosis and osteoporosis living with me because this disease doesn’t rule my life and it has not affected my lifestyle, it has only attacked my bones. To me, it is important to keep going and to be aware of balance as you get older. Although there are moments where I have to take it slower than usual, I can still keep doing everything that I enjoy,” said Jacobs.

World Osteoporosis Day is observed on October 21. This year’s theme is “Take action for your bones”, referring to the responsibility a person has to monitor their bone health, and take care of their bones no matter their age.

CEO of the National Foundation of Osteoporosis in SA (NFOSA), Tereza Hough, said that people should not make the mistake of seeing osteoporosis as an old person’s problem but rather a condition that affects the bones.

“Getting old is just one of the risk factors that increase your chances of getting the disease. However, osteoporosis is partly a lifestyle disease because there are so many things that can lead to one’s diagnosis, whether they are young or old,” she said.

Hough said some lifestyle choices can increase the risk of getting the disease.

“Smoking suppresses the protective hormones in the bones. For men, it affects their testosterone and for women, it affects their oestrogen, leaving their bones exposed to damage. Alcohol also has a direct damage bone toxic effect and causes you to start losing calcium, it is, therefore, advisable, that people drink less. The risk factors you can’t change include genetics, if members of your family have the disease, then this also increases your chances.”

Hough said that regular bone density tests and scans should be a normal part of an individual’s doctors or hospital visit.

According to research conducted by the Foundation, although women are at greater risk, men get osteoporosis too. Men older than 50 are more likely to break a bone due to osteoporosis than they are to get prostate cancer.

NFOSA is an organisation that was founded in 1993, to help educate people, communities, and health practitioners about osteoporosis, raise awareness and provide support to families and other individuals who are affected by the disease. It is currently the only organisation that deals with osteoporosis.

“One of the biggest myths that have to be dispelled is that osteoporosis is only an old White lady’s disease or a disease that only affects white people. Although it is still more apparent in people who are in their 50s, 60s, and over, we do see young children who are affected, young females and young males, from different races,” said Hough.

The global osteoporosis statistics indicate that it is mostly women are affected by the disease.

“These global statistics are very apparent in SA too. As a developing country, the hip fracture rate in both men and women are equal over the ages of 60 and 70, and this could be caused by the lack of access to information.”

Hough added people often think osteoporosis is similar to osteoarthritis. Although they have closely linked similarities, they are two very different conditions.

Osteoarthritis is not a form of osteoporosis

“Osteoporosis attacks your bones and makes them brittle. That is why it becomes easier to break them. Osteoarthritis is also not a form of osteoporosis but is a form of arthritis, which attacks the joints. Usually, it is the big joints – the shoulders, and then the knees and the hips,” explained Hough.

Edmara Hlongwane, 61, was born and raised in KwaZulu-Natal, Bulwer, in eMangwaneni. She has been living with osteoarthritis for 11 years and said she experienced very painful joints as one of her symptoms before she was diagnosed.

“My spine was the worst and resulted in me not being able to sit down for a long time. At night, the pain would wake me up. Sometimes my whole body would be aching and the pain tablets seemed not to make a difference. It took me a long time to go and see a Doctor because I assumed that it was normal for older people to have joint problems – since it was so common for the older women in my family, “ she said.

She says she now tries to maintain a healthy diet and does regular spine exercises to cope with her condition.

Jacobs says better lifestyle choices have helped improve her bone health. Walking, stretching doing yoga and pilates are all interventions that have helped.

“I do have the occasional fall while getting my activities done and sometimes I do worry about getting any fractures. While my family is also concerned because of the possible risks involved. However, I believe it was so important for me to keep being active to keep myself healthy and my bones functional,” explained Jacobs. -Health-e News