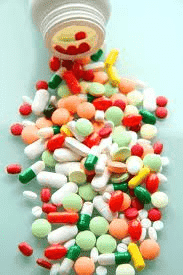 People battling rifampicin-resistant tuberculosis (RR-TB) could soon have access to a shorter and safer course of treatment.

Doctors without Borders (MSF) have released the results from a clinical trial on an all oral six-month treatment regime. Current treatment can last almost two years and can include painful injections and taking up to 20 pills a day. `And it cures only one in two patients.

One participant in the trial, Awande Ndlovu, said it is easier to comply with the new treatment regime.

“The shorter treatment would mean a lot as I think when you are on treatment, some parts of your life feel like they are put on hold. Before the trial gave me hope, I couldn’t even see the slightest glimpse of recovering from MDR-TB,” he said.

Ndlovu was one of 559 patients from seven sites in Belarus, South Africa, and Uzbekistan who took part in the trial. Participants were put on a six-month regime of of bedaquiline, pretomanid, linezolid and moxifloxacin (BPaLM).

There is no investment in treatment for diseases in poorer countries

Speaking during the 52nd Union World Conference on Lung Health, MSF medical director and chief investigator of the trial, Bern-Thomas Nyang’wa said that the results bring hope to patients who are faced with the dreaded form of TB.

“When we embarked on this journey nine years ago, patients with DR-TB around the world were facing lengthy, ineffective, and gruelling treatment that disrupted their lives. Patients were telling us how hard it was to adhere to treatment,” said Nyang’wa.

“But little progress was being made to find kinder treatments because diseases most prevalent in low- and middle-income countries don’t attract investment. So, we were compelled to pursue new treatment options ourselves. These results will give patients, their families and healthcare workers worldwide, hope for the future of DR-TB treatment,”.

Almost 90 percent of patients on the new regime were cured

According to the World Health Organisation, the latest data shows that 3.5% of new and 18% of previously treated TB cases in the world are estimated to have multi-drug-resistant or rifampicin-resistant tuberculosis (MDR/RR-TB).

Phase II/III of the clinical trial saw a cure rate of 89 percent of patients, compared to 52 percent in the standard care group. Tragically four patients died from the disease or treatment side effects in the control group. There were no deaths among patients on the new regimen.

Eighty percent of those on the new drugs experienced significantly lower rates of major side effects compared to 40 percent in the control group.

MSF and its TB PRACTECAL partners will continue to provide care and check-ups for patients who are finishing their treatment in the trial, with the last patient follow-up scheduled for summer 2022. -And they plan to work closely with National TB Programmes, Ministries of Health, and other key stakeholders to ensure that this treatment is available as soon as possible to patients.- Health-e News.