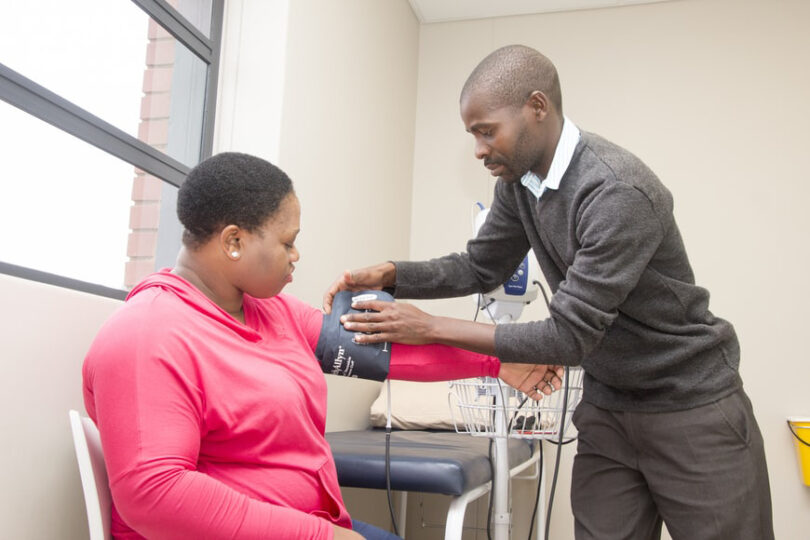 The monitoring of chronic patients' blood pressure has come to a grinding halt with machines at several facilities out-of-order. (Photo by Hush Naidoo Jade Photography on Unsplash)

A Limpopo patient, needing to see a doctor before having his treatment for hypertension renewed, has described how him and several others were turned away at the Zone 2 clinic in Seshego, Polokwane due to faulty blood pressure machines.

The problem is widespread throughout the province with several public healthcare facilities unable to monitor patients’ blood pressure and the Limpopo Department of Health is yet to comment on the worsening situation.

Frank Votyeka*, arrived at the Zone 2 clinic for his doctor’s appointment and was pleasantly surprised to see that the queue for chronic patients wasn’t too long. But his joy was short-lived.

“The nursing sister greeted us and announced: ‘I believe all of you are here for your doctor’s appointments. The doctor will come, I believe, but my dear people don’t get surprised, we cannot check your blood pressure (BP) because our machines are not working today,” said Votyeka.

He said the nurse went on to tell them how lucky they all were and that they’d been ‘let off the hook’ due to the faulty machines.

“Some of you are lucky because you violated our laws but we are unable to shout at you today. Over the weekend, you enjoyed salted and spiced meat and all the tasty food at gatherings. So, you are lucky because without reading your BP, we won’t know if those salts and spices are increasing or decreasing your BP. This means you are safe from our tongue lashings, accusations and warnings,” said the nurse.

Votyeka added that they all just laughed and wondered if matters could get any worse at Limpopo clinics and hospitals.

Once inside the cubicle to have his glucose levels checked, he asked the nurse if she could check his blood pressure. She told him that they had been unable to use any of the devices for at least a week because they were out-of-order.

“We are doing our best to inform the department of the situation. It is now your chance as users of these health facilities to tell them,” she added.

Fellow patients expressed concern at not being able to have their BP monitored.

Salome Seepa* said it had been a bumpy road since being diagnosed with hypertension.

“I have been on hypertension medication for over ten years now. The conduct of nurses and staff here is generally good and over the years I have gone through hurdles: going home without tablets, not having my blood pressure checked or no temperature reading. Anyway, let me stop crying, it is our own government doing this,” said Seepa.

Ledile Kobodi* said shortages were common as well as overcrowding.

“My main concern is that my doctor cannot get me treatment from outside suppliers. The doctor should compare my blood pressure readings before authorising me to get medication from a private pharmacy. And to make matters even worse, the blood pressure machine isn’t working today,” said Kobodi.

According to a study conducted by the World Health Organisation (WHO) and Imperial College London, dated 25 August 2021, regular blood pressure monitoring is crucial as are other methods in the detection and management of hypertension.

It also revealed that the number of adults aged 30-79 years with hypertension has increased from 650 million to 1.28 billion in the last thirty years, and that nearly half of these people did not know they had hypertension.

“With regular follow up visits to the health facility (clinic) or doctor (on a monthly basis or as it was agreed with you), your blood pressure will be measured and monitored. This is to identify if the combination of medication which was prescribed is the correct dosage to lower your blood pressure to normal levels as well as to monitor and limit the side effects,” explained Tiva.

At the time of publication, Limpopo Health Department spokesperson, Neil Shikwambana, was yet to respond to a to written request sent to him on 30 September to comment on the shortage of blood pressure machines at public health facilities in the province. – Health-e News