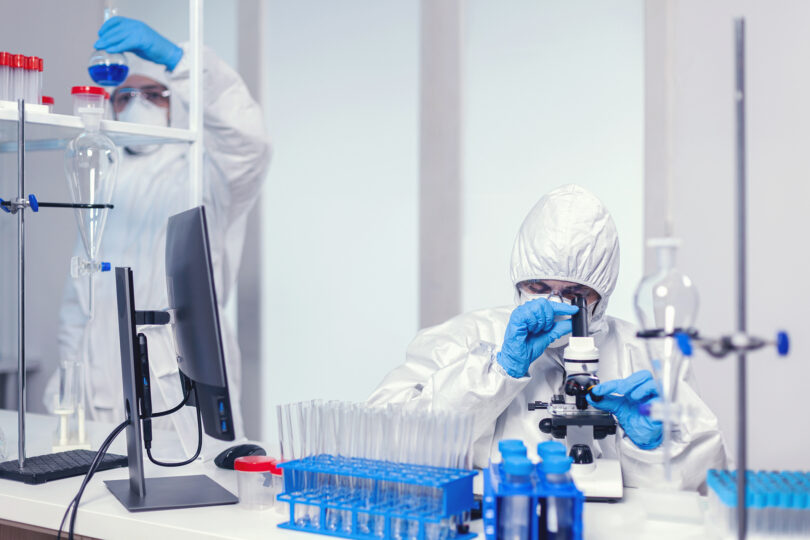 Medical experts believe the new COVID-19 Delta variant could be between 10 and 15% more transmissable. (Photo: Freepik)

New ‘Delta Plus’ variant: South Africans can relax for now

Scientists think a newly discovered mutation of the Delta variant in the UK could ‘possibly be more contagious.’ This new ‘Delta Plus’ variant is spreading in England and although not a ‘variant of concern’ yet, it could hamper vaccination rollouts worldwide. Fully vaccinated South Africans needn’t be too concerned for the time being, as vaccine efficacy remains high.

Like its predecessor which triggered South Africa’s deadly third wave, the new strain, known as ‘Delta Plus'(AY.4.2), could be more contagious. This is currently under intense scrutiny as England deals with yet another surge of infections.

The UK Health Security Agency announced last week that this new variant accounted for 6% of all genetic sequences of the COVID-19 virus in the last week of September is “on an increasing trajectory”. According to Prof Francois Balloux, director of the University College London’s (UCL) Genetics Instiute, it could be around 10% to 15% more transmissible than the original Delta variant. But, UK government health officials have warned that it’s too early to determine if the new strains poses a greater risk to the public.

According to Scipps University’s Outbreak.info, the COVID-19 virus causes about two new mutations per month, and to date, there are now 56 Delta descendants. The AY.4.2 has two new mutations in the part of the virus that attaches to human cells known as the spike protein. It is still not clear how these mutations will affect the behaviour of the virus.

Dr Scott Gottlieb, the former Food and Drug Administration (FDA) commissioner, tweeted the following: “The variant has been in the UK since about July, but it has been slowly increasing in prevalence. There’s no clear indication that it’s considerably more transmissible, but we should work to more quickly characterize these and other new variants. We have the tools.”

UK reported its biggest one-day Covid case increase in 3 months just as the new delta variant AY.4 with the S:Y145H mutation in the spike reaches 8% of UK sequenced cases. We need urgent research to figure out if this delta plus is more transmissible, has partial immune evasion?

The ‘Delta Plus’ variant has been detected in at least 30 countries and 33 states in the United States, according to Outbreak.info. The increasing numbers of the COVID-19 cases in the UK has seen some doctors call for COVID-19 restrictions to be reimposed. The country has reported between 40 000 and 50 000 new infections per day in the last week. But, it is still too early to connect the increase of COVID cases to the ‘Delta Plus’ variant.

Although the ‘Delta Plus’ variant has not been classified as a “variant of concern” by the World Health Organisation (WHO), it could undermine vaccine efficacy. This, however, is yet to be confirmed.

The AY.4.2 lineage has not been detected in South Africa as of 22 October 2021.  SARS-CoV-2 vaccines that are currently being rolled out in South Africa have high levels of protection against severe disease (hospitalisation and death). The AY.4.2, like previous variants, shouldn’t affect vaccine efficacy.

“In addition to vaccination, we know that non-pharmaceutical interventions such as the wearing of masks, sanitizing and washing your hands, keeping a safe distance and avoiding crowds are effective at preventing the spread of SARS-CoV-2 regardless of the variant,” said National Health spokesperson, Foster Mohale.

The UK is South Africa’s biggest tourism source market outside Africa with more than 400 000 British travellers traditionally visiting local shores every year. It was only two weeks ago when South Africa was officially removed from the UK’s red list based on country-specific COVID-19 risk factors

“The closing of borders has not prevented previous SARS-CoV-2 variants from entering the country,” said Mohale.