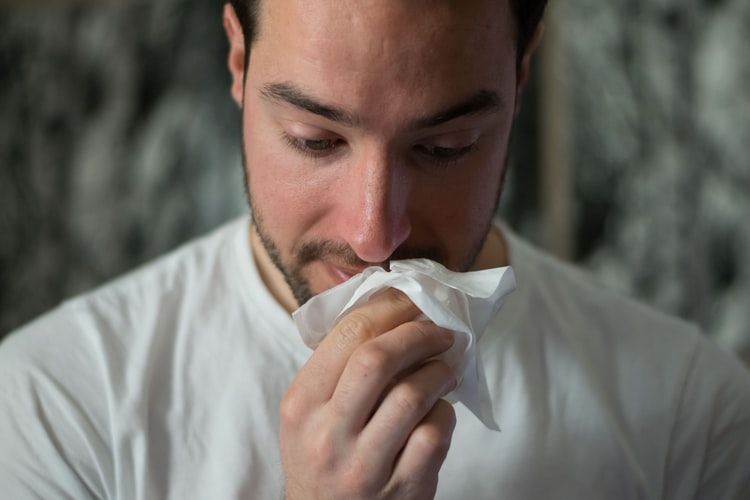 Runny nose not as harmless as before. Image: Unsplash

The Delta variant which is driving South Africa’s current surge in COVID-19 infections has hogged the headlines since acting health minister, Mmamoloko Kubayi-Ngubane, confirmed its prevalence in the country last Saturday afternoon. But, there are three other variants still swirling about as South Africans fight to keep this virus at bay.

With active cases doubling in less than a month, SA finds itself slap bang in the third wave. In his address to the nation on Sunday evening, President Cyril Ramaphosa announced tighter restrictions as part of an adjusted level four lockdown.

“We are in the grip of a devastating wave that by all indications, seems like it will be worse than all those that preceded it. Its peak looks set to be higher than the previous waves,” Ramaphosa said.

The virus that causes COVID-19 is evolving with more infectious variants taking hold. Here are the four variants currently circulating in South Africa.

The Beta variant – also known as the B.1.351 variant – was first detected in Nelson Mandela Bay in October 2020 and rapidly spread to more than 60 countries. The Beta variant carries a mutation called N501Y that makes this variant more contagious and easy to spread. It also shares some of the same mutations as the strains first detected in the UK and contains several other concerning mutations such as E484K and K417N which compromise our immune system negatively. According to The Scientist, these mutations can reduce how our antibodies bind to the virus.

There is no scientific evidence that indicates that the Beta variant cause more serious illness but it is known to have the ability to spread more efficiently and is able to evade some of the body’s natural defences from previous infection or vaccination.

A study conducted by the Centre for the Mathematical Modelling of Infectious Diseases (CMMID) in January, estimates that the Beta variant is about 50% more transmissible than its original form and the variant is associated with more severe disease in people who were hospitalised.

The new strain spread quickly and crowded other versions of the virus circulating in South Africa and outside the country. The Beta variant has been since been detected in 115 countries.

According to an online report by the Food and Drug Administration in the US, the Johnson & Johnson’s (J&J) COVID-19 vaccine was 64% effective at preventing Covid-19 in trials in South Africa. In a study published by Nature, the single-shot vaccine is known to be 82% effective against severe COVID-19 symptoms.

The AstraZeneca vaccine however, was found to not offer enough protection against severe symptoms caused by the Beta variant earlier this year. In light of this evidence, South Africa sold over a million doses to the African Union in February. New trials are underway with scientists testing modified vaccines in which minor genetic alterations will be made to the spike protein.

The B.1.1.7 (or 501Y.V1) variant also known as the Alpha variant, was first detected in the United Kingdom (UK) in December 2020. The UK government identified over 1 000 cases with this variant, predominantly in the South of England.

The variant has a large number of mutations that involve the virus’s spike protein, which helps to invade human cells.  The UK New and Emerging Respiratory Virus Threats Advisory Group (NERVTAG) discovered that the variant is significantly more infectious than other variants. The Alpha variant has 17 mutations, of which eight are detected in the spike protein, where the virus attaches itself to human cells. It is estimated that it has an increased transmissibility of between 43 to 90% more than the predecessor lineage.

A Lancet study found a very low prevalence of possible reinfection, 0,7%, meaning that if enough immunity is built during the initial infection, it is likely to be sufficient to protect against reinfection in the presence of the B.1.1.7 variant. The Alpha variant has been detected in over 70 countries.

The Delta variant (B.1.617.2) is one of the newest to emerge on the list and scientists are still studying and trying to understand this new strain. The variant was first detected in India in October 2020 where it drove a devastating second wave of Covid-19 infections that peaked in May – with a high of 414 433 new cases on 6 May. To date, the Delta variant has spread to at least 92 countries.

It has been identified as the most transmissible form of the SARS-CoV-2 virus and is wreaking havoc in South Africa as we speak. According to Professor Tim Spector, a professor of genetic epidemiology at King’s College London, the Delta variant comes across as a bad cold especially among younger people.

The BBC reported that the most common symptoms associated with this variant include a headache, sore throat and runny nose. On a local front, the Delta variant accounts for 53% of sequenced specimens in Gauteng.

In a press release by the National Institute for Communicable Diseases (NICD), it was confirmed that the Delta variant is becoming more dominant in Gauteng as the province accounts for an average of 65% of daily new cases making it the epicentre of SA’s current third wave.

According to the NICD, 64% of the 244 genomes sequenced in Gauteng are attributed to the Beta variant. This dropped to 37% in June, making way for the Delta variant which was responsible for 53% of genomes.

“It is not surprising that new variants have been detected in South Africa”, said Professor Adrian Puren, NICD’s Acting Executive Director.

He added: “We would like to assure the public that the institute is focusing their resources and research efforts towards understanding the variants and we would like to salute all healthcare workers who continue to fight bravely against COVID-19.”

President Cyril Ramaphosa stated on Sunday night that the variant has been detected in five provinces, including Gauteng, KwaZulu Natal, Eastern Cape, the Free State and the Western Cape.

A study published on May 22 showed two AstraZeneca doses were 60% effective against the Delta variant, while Pfizer – SA’s vaccine of choice during phase 2 of the national rollout – provided 88% effectiveness. Those who have received their first Pfizer jab have been urged to get their second dose as soon as possible as the Delta variant sweeps across the country.

The Kappa variant is linked to the B.1.617 lineage of mutations which has been known to carry a dozen of mutations but only two stand out – the E484Q and L452R – and that is why this variant is labelled the double mutant.

There is not a lot of data on the Kappa sub-lineage but experts have found they all share common spike protein mutations meaning increased transmissibility. A total of 465 cases were reported in the UK and the Kappa variant is also behind a recent increase in the number of cases in Italy, accounting for 17.5% of all new infections.

Earlier this year in April, the World Organisation Health (WHO) labelled Kappa as one of the ‘Variants of Interest’ (VOI) but unlike the Delta variant, it’s not listed as a ‘Variant of Concern’ (VOC). According to the WHO, a VOI is one that “has been identified to cause community transmission/multiple Covid-19 cases/clusters, or has been detected in multiple countries”.

There is not a lot of information available in terms of severity of disease and vaccine efficacy.

South Africa – where we’re at

South Africa accounts for about 40% of COVID-19 deaths in Africa with the death toll currently standing at 60 264. The country has administered about 2,9 million vaccines which equates to less than 5% of the total population.

While early studies show that vaccines are mostly effective against these variants, following routine protocols like the wearing of masks, frequent washing of hands, sanitising and adhering to lockdown restrictions, will all hopefully help to tame this monster … and soon. – Health-e News