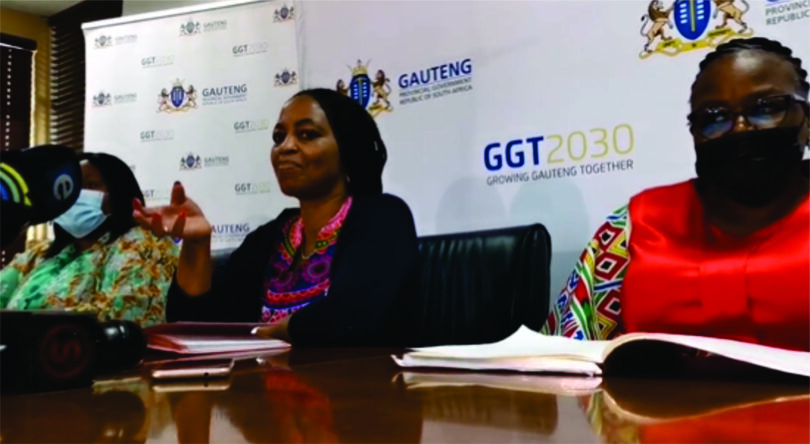 A history of financial challenges has bubbled over as the management of the Chris Hani Baragwanath Academic Hospital (CHBAH) go into crisis management mode after a nightmare week. Disgruntled workers have aired their concerns over two burning issues – the latest – food shortages due to contract mismanagement and non-payment of suppliers.

CHBAH CEO, Dr. Nkele Lesia, clarified that the hospital did not run out of food. However, she confirmed that they didn’t have bread for any of the patients for three weeks because the Gauteng Department of Health hadn’t been paid suppliers.

Bread not on the menu

“We had challenges with the delivery of bread, not with any other food items. Patients still received their normal breakfast, lunch, and dinner,” she said during Friday’s briefing at the hospital.

Lesia added: “It doesn’t mean that we are not giving them other snacks in the absence of bread. Patients, especially those who suffer from diabetes, had snacks in between meals. So, with the assistance of our dietician, snacks were provided according  to the disease profile of the patient.”

The CEO said that the shortage lasted for three weeks. She said the hospital had made alternative plans like procuring bread by using petty cash as well as baking bread in their own kitchens.

Her statement follows reports earlier in the week of how nurses clubbed money together to buy food for their patients. Various non-government organisations (NGOs) also jumped in and donated food throughout the week. One Small Act of Kindness, a Johannesburg-based organisation, donated 100 loaves of bread and 400 sandwiches on Wednesday.  They have also offered to deliver 400 loaves daily, an arrangement which kicked in on Thursday.

Gauteng MEC for Health, Dr. Nomathemba Mokgethi, allayed fears over patients not having enough to eat.

“Bara is not only servicing the people of Gauteng, but it’s also servicing people from other provinces. Those that have loved ones at Bara, we know there has been an issue of bread supplies, but it has since been resolved. The service provider didn’t supply bread due to non-payment. But as for other foodstuffs, food has been available at CHBAH,” said Mokgethi.

After hearing about the food shortage at Baragwanath Hospital, our Cupcake Angels quickly delivered groceries to the pediatric oncology ward this morning.
🙏🏼🙏🏼🙏🏼#CupcakeAngelsRock#CupcakesOfHope#spreadingcupcakelove
@GoodThingsGuy pic.twitter.com/ay95BioeBO

The health department’s decision to cut posts at various state-run hospitals, created to deal with the COVID-19 pandemic, has fueled tempers.  It has been revealed that more than 800 temporary contracts will not be renewed.

According to the department, it received a COVID-19 grant budget amount of R2.2 billion. This was for the compensation of employees to respond to the pandemic. However, the budget has since been cut in half forcing the department to terminate contracts.

“The initial budget for 2022 was reduced to 1.1 billion. That, on its own, poses a challenge with the current staff,” said Madyo.

She added: “Unfortunately, we won’t be able to reappoint all the employees that were hired. We understand that the virus is still with us, but we cannot reappoint all of them because that will be highly irregular and could expose us to unnecessary audit queries with the Auditor General.”

Madyo said that the department received a budget of R56 billion at the start of the financial year. It was increased by R3 billion, but by the end of February 2022, 85% had been used up.

“I don’t want to dispute the fact that we have financial challenges. These challenges are not necessarily caused by the budget allocation or shortfalls, but because of historic cases. This contributed to us not being able to pay service providers on time,” she said.

Situation ‘out of hand’

Dr. Tristan Pillay, an Orthopedic Surgeon at CHBAH, said that the situation has gotten out of hand, affecting waste disposal, food availability, and resources.

“We’ve been struggling with the number of resources we have been allocated, both in human personnel, as well as workable resources in equipment,” said Pillay.

He added that healthcare providers felt the need to stand up for themselves and for patients to try and improve care.

“As clinicians, we felt we needed to band together and really advocate for patients so that they can get the treatment they deserve. We found that we’ve had to come together as a clinical fraternity, to find solutions on the ground,” he said.

Pillay said that the posts created due to the pandemic have helped the hospital carry the burden. However, prior to having extra hands, CHBAH was already in deep trouble due to a high demand and staff shortages.

“Bara was already at a tipping point because we’re a hospital that’s often under strain. We face very extreme demands with very little staffing,” he explained.

He continued: “We are worried that in the coming days, our ship might sink without these posts. It’s something we can’t afford, not only for our patients but for our local community at large.”

“We’ve been dealing with shortages in theatres and resources in the ward. At Bara, it’s always important to make plans A, B, C, and D, because plan A isn’t always available. We usually have to go and find things ourselves or buy things for our patients and ourselves,” she said.

Madlakovu added the hospital has carried an extra burden since the Charlotte Maxeke Academic Hospital shut down after a fire ravaged some parts of the facility last April.

“We have had to take in a lot of referrals from Charlotte Maxeke hospital. Now, we are taking on even more work than before, not that we mind working hard. But when you have a system that doesn’t support you, it’s really disheartening,” she said.


The department also announced that the decision to appoint staff for the 2022/23 financial year will be based on service needs at each hospital and the allocation of the budget in each facility. – Health-e News