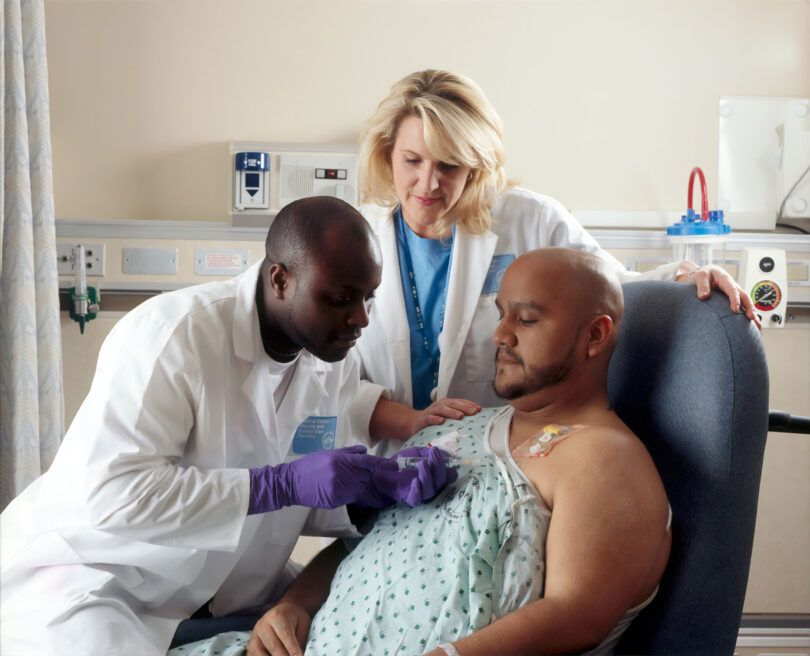 A Wits professor has labelled cancer ‘a national crisis’ with early diagnosis still a huge obstacle within the public healthcare system. Although chemotherapy is now readily available in all nine provinces, patients are still slipping through undetected.

Professor Paul Ruff, head of Medical Oncology at the University of Witwatersrand (Wits), stressed the importance of early and proper diagnosis. He spoke during the National Department of Health webinar titled ‘Early cancer diagnoses save lives, cut treatment costs’ on Sunday.

‘Cancer is a national crisis’

The World Health Organisation (WHO) states that early diagnosis of cancer focuses on detecting symptomatic patients as early as possible so that they have the best chance for successful treatment. Early diagnosis improves cancer outcomes by providing care at the earliest possible stage and is an important public health strategy in all settings.

According to Ruff, there is also still an urgent need to improve cancer awareness throughout the country.

He added: “The problem we have is that it is great to have policies and guidelines, but they need to be implemented. We need to have proper implementation processes in the country to enable patients to get proper cancer care.”

The Cancer Alliance’s latest report found that the South African government’s current approach to cancer policy development and implementation is sluggish and insufficient. The COVID-19 pandemic has highlighted and exacerbated these issues and has now overshadowed an already under-valued cancer policy reform agenda.

“Government has a legal obligation to ensure the realisation of the right to access healthcare services by taking reasonable steps to this end. This obligation includes reform in both policy development and implementation,” stated the report.

Ruff further stated that the provincial health departments need to work together.

“Citizens of this country have a right to healthcare. But, the pathways do not exist and part of the problem is that we have ten health departments; one national and nine provincial. They don’t work very well together. What we need is a concerted effort,” said Ruff.

Deputy Minister of Health, Dr Sibongiseni Dhlomo, believes that progress has been made in terms of making cancer treatment and care accessible to everyone in South Africa. He admists that more needs to be done though.

“There has been progress in terms of radation and chemotherpay which is now taking place in Mpumalanga and the Eastern Cape. Especially in areas in Umtata who have never had it. All provinces now have chemo services,” said Dhlomo.

He said it helps patients to receive chemotherapy without having to spend all their time on the road.

The Deputy Minister of Health Dr Sibongiseni Dhlomo, together with a panel of cancer experts and representatives from pharmaceutical companies, will tomorrow (Sunday) discuss the progress made in addressing the burden of cancer in South Africa pic.twitter.com/i5APDRb4Hh

Dhlomo also stated that well-equipped hospitals in Gauteng are still assisting other provinces which are still far off the mark in terms of radiation and oncology servicces. He added that more people need to be screened for potential cancers.

“We are not doing well in terms of screening and early detection because patients, who suspect something may be wrong, have to wait in clinics. They shouldn’t have to struggle since they already suspect something,” he explained.

“We would like to go to patients who are unsuspecting. I think we need to do much more but it will be great to highlight some of the milestones reached since 2018. We wanted to buy into this national cancer awareness campaign and therefore we need to be very serious.”

Dhlomo further stated that the health ministry is committed to eliminating both breast cancer and cervical cancer. But, believes it will be much easier to eliminate breast cancer since everyone can check for potential lumps.

“It’s important to check everyday since something might appear that wasn’t there three days ago. Women can assist us in the fight against breast cancer because it’s easier to detect,” Dhlomo added.

According to WHO, cancer accounted for almost 10 million deaths in 2020. – Health-e News