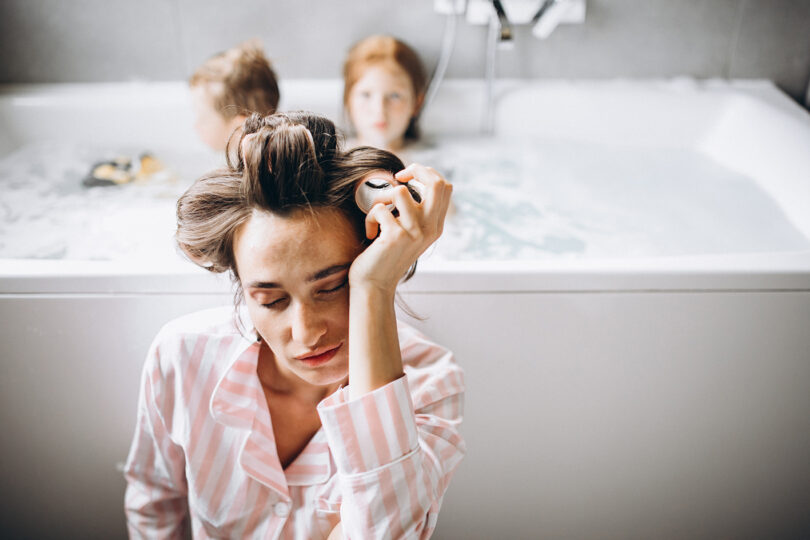 An increase in domestic duties, homeschooling and managing a full-time job have placed a huge burden on the shoulders of a single mothers. (Photo: Freepik)

The COVID-19 pandemic has had a crippling effect on all women globally across every sphere; from health to the economy, security to social protection, and escalated poverty levels. However, few will argue that if it’s been tough for anybody, single mothers take first place.

“The COVID-19 pandemic is not just a health issue but a profound shock to the societies exposing the deficiencies of public and private arrangements that currently function only if women play multiple and underpaid roles.”

The extent of the stringent lockdowns hit women badly as they saw an increase in roles and an extra burden of family care, but they fell disproportionately on single mothers, many of whom were already facing hidden challenges. According to the Gallup World Poll 2018, Sub-Saharan Africa has the highest percentage of single mothers worldwide, at 32%.  In South Africa alone, more than 40% of mothers are single parents and the number continues to grow.

When South Africa went into hard lockdown in March 2020, Tracy Khumalo* was employed and everything was going well. As a single mother, working from home gave her the flexibility she needed. But, the increased domestic duties, homeschooling, and a full-time job, all became overwhelming when the lockdown was extended.

“I was lone and I thought it would be easy to manage my lifestyle with my daughter included. But eventually, my mental health took a knock. Something took over,” said the mother, who was pregnant at the time of the interview.

The strict lockdown measures, accompanied by uncertainties, created serious threats to public mental health in South Africa. One in three South Africans has reported symptoms of anxiety or depressive disorder during their life. With limited resources, lack of adequate domestic and emotional support, research reveals that single mothers are especially hard hit by mental health challenges. And, COVID-19 only made this worse.  Global studies identify that mental health disorders are common among single mothers as compared to their married counterparts. The COVID-19 pandemic worsened the situation due to economic hardships and reduced levels of social support.

Apart from being a single mother which comes with extra responsibilities, her mental health issues escalated due to a combination of factors including pregnancy and financial hardships after losing her job.

Pregnant women are a unique population, with particular mental and physical healthcare needs. They undergo significant physiological and immunological changes and, in many cases, are likely to experience mental health disorders.  In South Africa, about 30% of women experience anxiety and depression during pregnancy and following birth. Tracy* was not different from this group of pregnant women. Firstly, the feelings of anxiety, fatigue, and depression were highly associated with limited access to antenatal care. Tracy* tried to access antenatal services in a local clinic about six times without receiving any attention.

“I tried to access two local clinics and all pregnant women and children were told to return home as the clinics were being disinfected. This became an everyday story until I gave up antenatal altogether,” Tracy explained.

With limited antenatal services, the misconceptions about vertical transmission of the virus to the infant triggered fears in Tracy. She was soon forced to follow strict social distancing which increased her psychological problems.

“In addition to the fear of giving birth to a baby infected with COVID, I was worried that maternal depression would affect the development and growth of my baby,” she said.

Maternal depression is a growing trend globally and it is worse for single mothers who often don’t have anyone to turn to. In South Africa, the prevalence of women at high risk of depression or suffering from depression ranges between 21% and 39% antenatally with the highest percentage being single mothers.

As the lockdown measures continued, many people were exposed to situations linked to poor mental health outcomes such as isolation, less productivity, and job losses. Over three million people lost their jobs in South Africa due to the impact of COVID-19, increasing the unemployment rate to 32.5% – the highest since 2008. According to the National Income Dynamics Study – Coronavirus Rapid Mobile Survey (NIDS-CRAMS), the net job losses were higher for women than for men. Women accounted for over 50% of the population who lost their jobs.

Globally, women had to juggle many responsibilities alone at home: from educating school children to cooking and cleaning while working. With so many responsibilities and a lack of support, single mothers were hit hard by the unemployment crisis. Tracy finds herself in the job market once more after losing her job in August 2020. Anxiety and depression interfered with her ability to deliver.

“I found it difficult to concentrate or remember things which affected my productivity and my ability to perform at work,” said Tracy*

Tracy* realised that working for a small company, her employer wouldn’t fall for her anxiety and depression story. By June 2020, she was in the doldrums while taking stock of her situation.

“When I lost my job, I was forced to change my lifestyle within a short space of time. My entire financial support system that was in place fell apart,” she noted.

Shuntera Brown and her kids spent the last several months living in hotels paid for with money from a GoFundMe campaign.

It all started when the family tested positive for COVID-19 and the single mother got sick for more than 20 days. https://t.co/nqNz48LrFr

The South African Depression and Anxiety Group (SADAG), said parental stress, depression, and anxiety increased during the lockdown. The call volume of people seeking help doubled during the lockdown with up to 1 400 calls a day. About 85% of these calls came from women – single mothers making up the majority.

Tracy* considered seeking help from SADAG but thought her depression was pregnancy-related. She thought it would go away with time and this hindered her in dealing with her mental health from the onset. The failure to seek help is often the case for many Africans.

“I was really resistant to get help until I shut down completely. I could hardly take care of my daughter and when I gave birth, I experienced postnatal depression,” said Tracy.

Following family intervention, Tracy managed to seek help and is now recovering while searching for a job.

“It was an incredibly difficult start to the year for me. My life changed drastically but I have learnt that there is no miracle drug to handle life through a crisis.”

Mental health is never taken seriously in many African societies. It is often neglected on health policy agendas, funding as well as research and development. According to Lancet Global Health, while the global annual rate of mental health outpatient facilities is 1051 per 100 000 population, in Africa, it’s 14 per 100 000. In South Africa, only one out of 10 people have access to mental health treatment. While in Ethiopia and Nigeria, more than 90% do not receive treatment.

As COVID-19 cases grew in most African countries, tough choices had to be made and mental health often took a back seat. In South Africa, mental health only makes up 5% of the national budget. By neglecting mental health, it will be difficult to attain many of the Sustainable Development Goals related to women’s empowerment. Giving greater priority to mental health is crucial for improving the socio-economic well-being of single mothers.

Mental health disorders are expected to skyrocket with the African population expected to double over the next 30 years. Families headed by single mothers (currently 42.6% in SA), will also rise as these moms struggle to make ends meet. Studies reveal that single mothers experience severe psychological and economic strain which is passed on to their children. The 2020 Old Mutual Savings and Investment Monitor COVID-19 Special Report reveals that 60% of single mothers don’t receive any financial contributions from the fathers of their children. Tracy* is a prime example.

Although with high impact, the pandemic has created an opportunity to shape the future of mental healthcare across Africa. This will help in hopefully eradicating ignorance, stigmatisation, and mistaken beliefs that mental health cannot be treated. The solution to mental health is not a one-size-fits-all, but rather localised solutions to cater to every group – single mothers included. – Health-e News

Sakhile Dube is an activist with a high interest in women empowerment, healthcare, gender issues, and all things business-related. She hopes to see women uproot from the circle of poverty through all forms of empowerment while having access to different healthcare services allowing them to be economically active.