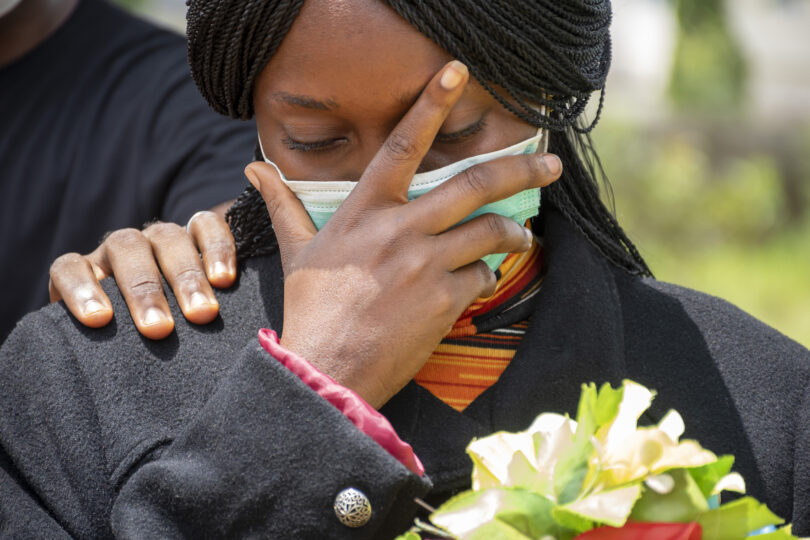 South Africa’s COVID-19 cases are beginning to climb as the government continues its drive to get 70 percent of the population vaccinated by the end of the year.

The National Institute of Communicable Diseases warned there has been a spike in the 7-day moving average for new cases. In the past week, infections increased in Gauteng, particularly in Tshwane, the NICD said in a statement. The spike was evident among 10 to 29-year-olds.  A cluster of infections was also identified among the 20-44 age group at a tertiary institute in Tshwane.

“Localised increases in case numbers (clusters) are not unexpected, however, it is hard to say whether the increases indicate the start of a widespread resurgence.,” said NICD Acting Executive Director, Professor Adrian Puren.

Puren said they were monitoring the trends to see if the increases persist.

The emergence of new SARS-CoV-2 variants had driven the previous waves. Beta in the second wave and Delta in the third wave.

“Genomic sequencing in South Africa has, to date, not yet detected the emergence of any new variants which are making up an increasing proportion of the sequences,” Puren added.

Hard to predict extent of a 4th wave

The Department of Health’s latest statistics shows that  35 percent of the population is fully vaccinated, and 41% of adults have received at least one dose of a COVID-19 vaccine.

“It is difficult to predict the magnitude and timing of a potential COVID-19 resurgence, however, we implore the unvaccinated to get the COVID-19 vaccine, especially the elderly and those with comorbidities,” stresses Head of the Division of Public Health Surveillance and Response, Dr. Michelle Groome.

The NICD also reported that analysis of wastewater indicated the disease is becoming more prevalent in some areas.

Scientists have warned that the fourth wave of COVID-19 infections could begin in December. However, it is unlikely to be as severe as previous waves due to the number of people who are fully vaccinated. – Health-e News