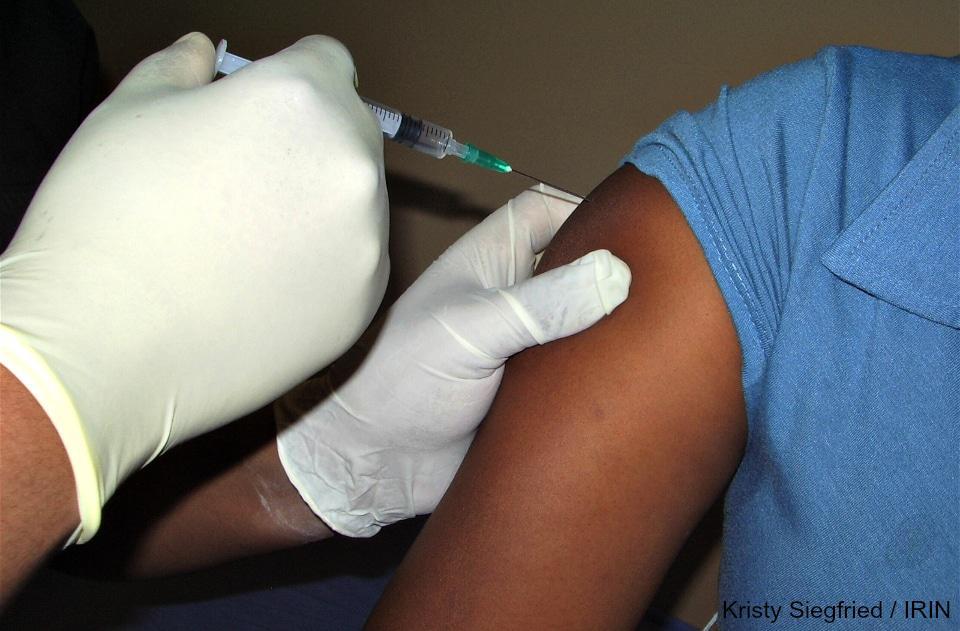 More children under five being hospitalised

Pfizer is expected to make an application to SA Health Products Regulatory Authority (SAHPRA) early next year to have its COVID-19 vaccine administered to children under 12.  This emerged during the  National Health Department’s update on South Africa’s preparations for the fourth wave of COVID-19.

Health authorities have noticed a sharp increase in the number of children affected by COVID-19 in this wave, Dr. Wassila Jassat, Public Health Specialist at the National Institute of Communicable Diseases (NICD) said on Friday.

“There has been an increase in hospital admissions of those under five. This could be due to an immunity gap as more adults are vaccinated, children are susceptible,” said Jassat.

The highest percentage testing positive was observed in the age group 10-14 years (15.8%). pic.twitter.com/2z40gBuaTN

She added the infection is moving into the older age groups.

Jassat said anecdotally paediatricians have shared that children between 12-18 years old admitted to hospital were unvaccinated, while the parents of the under 12-year-olds in hospitals were not vaccinated.

She added that early on in the wave when hospital beds are still available, clinicians admit mild cases as a precaution.

Currently, adolescents between 12 and 17 can get one dose of the Pfizer vaccine. Dr. Nicholas Crisp said currently there are no vaccines approved for children under 12 in the country, however, Pfizer is expected to make an application in the early part of 2022.

South Africa has recorded a steep rise in Covid-19 infections in the past week moving from a total of around 2.565 new cases on 25 November, when the Omicron variant was first announced, to highs of 11,555 on Thursday.

“Over the last seven days, the new spike has moved into the whole of Gauteng and also registered a presence in all our nine provinces, with numbers starting to rise in the Western Cape,” Health Minister Joe Phaahla said.

“Indications are that this variant is indeed highly transmissible, including infections of people who have been vaccinated. But, of course, infections are causing mostly mild illness, especially for those who are vaccinated.”

#COVID19Surveillance The Testing Summary for week 47 reveals that the percentage testing positive was 8.3%, which was 5.9% higher than the previous week. Read the full report here: https://t.co/khApzSB8pC pic.twitter.com/1IvvR9HMjC

The health minister said hospital admissions are mainly dominated by the unvaccinated, with the most impacted people below the age of 40.

“There has been a rapid increase in hospitalisations and deaths in the last seven days. It is clear that the number of cases and admissions is higher than we have seen before,” Jassat added.

However, it is still too early to tell whether Omicron causes more severe disease than previous variants, said Dr Michelle Groome, Head of the Division of Public Health Surveillance and Response at the NICD,

“With the rapid increases and what we know about the mutations and the prelim data we see that this(Omicron)is more transmissible and there is some immune escape.

“From our sequencing, we can see Omicron is overtaking Delta. But it’s very early days to determine the severity but we have to prepare. We know it will be less severe among the vaccinated,” Groome said.