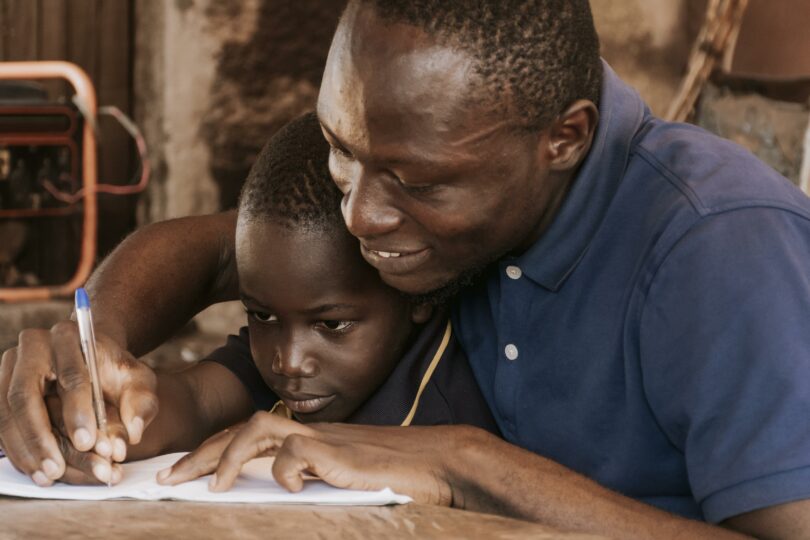 The absence of a father in South African families is fast becoming a norm as more male family members take on the role of ‘social fathers’.

A study, State of South Africa’s Fathers (SOSAF) 2021, revealed that at least 41% of children co-reside with men who are not their biological fathers. However, 61% of men reported living in the same household as at least one child when interviewed during COVID-19 lockdown in 2020.

Social fathers are father-figures in a child’s life that are not biologically related to the child. However, these fathers have decided to take on the responsibility and role of the father. They are physically, financially and emotionally engaged in the life of the child. Social fathers are usually men who have been employed and are older brothers, uncles, grandfather or even the mother’s partner.

Used to father not being around

Phaswana Asakundwi Emmanuel is a young man who has never met his father. His mother spent years trying to protect her son from the truth about his dad.

“My mother used to tell me that my father is working in Gauteng. Maybe she was just trying [to] protect his name or my fragile heart at that time. Fortunately enough, I believed her, because most of my friends’ fathers were also working so it made sense,” said Emmanuael.

“The only time it didn’t make sense was when all their father returned at the end of the year for Christmas, but not mine. I asked my mother if he’d ever come back during December,” he added.

On his 14th birthday, Emmanuel finally had the courage to ask his mother whether his father was still alive. His mother finally opened up and told him that his father had another family – a new wife and children.

“That evening my mother took my hand. It was pretty warm outside and we were sitting under a tree. She said to me: ‘Your father is still alive and well and doesn’t stay far from here. It is just a couple of hours. I will even accompany you to his house where he lives with his wife and children, but I will certainly not enter’,” explained Emmanuel.

Emmanuel learnt a valuable lesson that day after his mother confessed. He realised that his father does not have to be blood family, but rather someone who is there for him when needed most.

The SOSAF 2021 report includes the findings of the first-ever, specially dedicated and largest survey conducted on fathers and fatherhood in South Africa: https://t.co/xY4WVLqJKq

‘Raised by many fathers’

“I told my mother that there was no need to take me to him, I have a father. Actually, I have more than one father. The postman that brings the letters every once a week, the bus driver that takes me to school every day, our neighbour, Mr Mudau, who always needs my help loading his airtime voucher, the security guard at our local supermarket,” said Emmanuel.

“They have been there for me when I needed them the most. They showed me what being a father is and I can proudly say that I was raised by many fathers except for my own,” he concluded.

The SOSAF 2021 survey also showed that more men believe that providing care makes a man a father, rather than making a woman pregnant. The author of the report stated that while the literature on men as social fathers internationally focuses on stepfatherhood and blended families, there has been little attention on men who are social fathers through kinship norms where there is an obligation to provide support to kin, specifically children. – Health-e News