Home » Shelters: Access not a given for LGBTQIA+ members 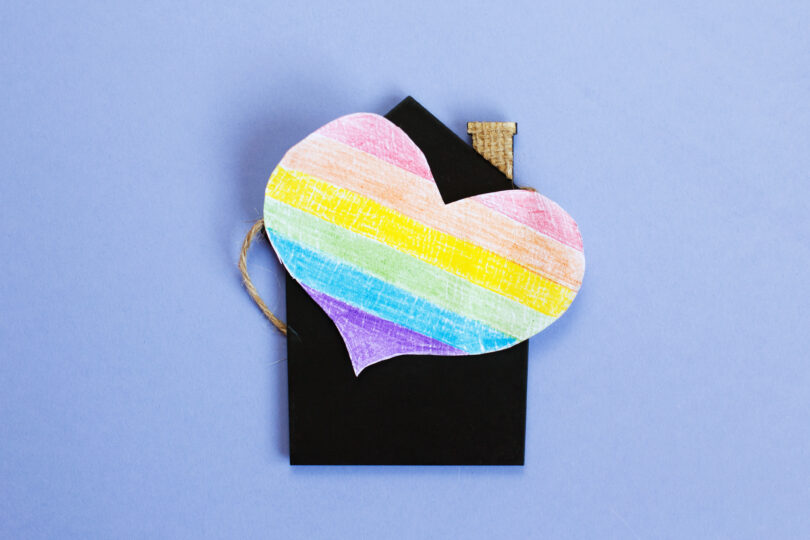 The Human Rights Watch Organization (HRW) revealed that shelters differ in whom they accept as residents, meaning many groups, like members of the LGBTQIA+ community, are excluded from having a roof over their heads.

Groups like undocumented migrants, members of the LGBTQIA+ community, and women with older male children, were sometimes denied access. Reasons for their exclusion include fears over breaching immigration laws or not being able to cover expenses for non-nationals. Older women, people who use drugs, and women with severe illnesses were sometimes excluded as well, with many facilities lacking the resources to provide specialized health or services.

The HRW defends the rights of people in 100 countries worldwide, spotlighting abuses and bringing perpetrators to justice. This particular study was conducted to improve shelter funding and access.

Thandeka Shabangu, from the National Shelter Movement (NSM) in Gauteng, said all shelters for men and women are theoretically accepting of the LGBTQIA+ community. But, generally, there’s a sense of reluctance to accept transwomen and gay men because staff members feel they’re not equipped to deal with them appropriately.

The National Shelter Movement (NSM) representative of Gauteng, Thandeka Shabangu, said that all shelters for men and women are theoretically accepting of members of the LGBTQIA+ community, but that generally, there’s a sense of reluctance to take transwomen and gay men because many staff members feel that they’re not equipped to deal with clients appropriately.”

Shabangu acknowledged that there is a gap in the access to shelters for members of the LGBTQIA+ community.

Ntuli Ntlanzeko has been working as a social worker at a shelter in Alexandra since 2018. She said that the shelter does not accept walk-in survivors and works on a referral basis.

Ntlanzeko said that she observed different barriers to survivors accessing the shelter during the covid-19 lockdown. The Crime Statistics report for the fourth quarter (2020/2021), ranked Alexandra as No 6 on the list for police stations with the most reported sexual offense cases. They include rape, sexual assault, contact sexual offense, and attempted sexual offense.

“The rate of gender-based violence (GBV) in Alexandra is very high. During the lockdown, we were receiving 15 calls a day for referrals, and it was very sad because we could only take about five due to the regulations,” she explained.

“We also know that women were more afraid to access the shelter during lockdown because the perpetrators were always home due to the restrictions. If shelters didn’t have space, these women found it easier to forgive the perpetrators than have no place to go.”

Although shelters don’t turn away destitute survivors and those who are part of the LGBTQIA+ community, Ntlanzeko said that there is still a lot of work that needs to be done to educate shelter staff and other women.

‘Dealing with the issue’

“This shelter deals with the issue and not the person. As much as we accept lesbian or transgender women, there are staff members who don’t know how to respectfully address the survivor and are not informed enough to ask questions.  In the case of an emergency, we accept walk-ins who may be undocumented survivors or the destitute. We negotiate with the Department of Home Affairs to prioritize the client as a survivor then let them stay with us until we can refer them to a suitable shelter,” said Ntlanzeko.

Safety of LGBTQIA+ members a concern

Roche Kester, Hate Crimes Manager from OUT, said the lack of safety for members of the LGBTQIA+ community is concerning.

“We are faced with the fact that queer people in SA currently don’t feel safe. There’s been a huge surge in hate crimes of late, where we have seen extreme measures of violence and murder toward LGBTI people. So, I think beyond the organizational structure, there’s this feeling of do queer South Africans have access to the same rights as their heterosexual and cisgender counterparts? Are they protected fully by the law in the way that they should be? Or is there an urgency around their safety? At the moment, these are some of our greatest concerns,” said Kester.

OUT is an LGBTQIA+ Clinic located in Pretoria. Kester monitors high crimes, happening on a national scale, before escalating them to various structures like the Department of Justice. This ensures that these crimes are escalated and dealt with.

“In South Africa, there’s currently only one LGBTI shelter that exists in the country – the Pride Shelter in Cape Town. All the other shelters are geared specifically to sexual cis-gendered women. There is also only one male shelter per province. This is a difficulty because as much as LGBTI people are included in the national strategic plan for GBV, how this translates, in reality, is a different story,” said Kester.

GBV in form of hate crimes

People who identify as lesbian, gay, bisexual, transgender, or as other categories in the community experience GBV most commonly in the form of hate crime and intimate partner violence. A hate crime is defined as a crime that is committed against a person who identifies as being a part of the LGBTQIA+ community because of their sexuality.

“For instance, if queer people are affected by these types of violence, there is not necessarily always a safe space available to them. Often we find the shelters aren’t sensitized – the staff isn’t sensitized, and then more so, the other people that are inhabiting the space aren’t sensitized. So, we often have this concern about the safety and discrimination of our people entering the shelters. And this is a huge problem because it just leaves LGBTIA+ people at a loss. And it leaves them confined to situations that may be potentially toxic, and also violent for a long time,” explained Kester.

OUT – a beacon of support

Pontsho Komane, a professional nurse from OUT, said their clinic offers various services to all queer people.

“We have a clinic in Pretoria, Johannesburg, East London, and Gqeberha. These clinics provide clinical services to all queer people and men who have sex with men (MSM). We do HIV testing, STI screenings and help people who need to be initiated on antiretroviral treatment. We also offer PReP services,” said Komane.

Kester said their organization also has a legal leg that enables them to provide legal advice to victims of discrimination.

“We also advocate for policy and legislative change. We have what we call Safe Spaces, particularly for LGBTQ women. Victims, who suffer from mental health illnesses, are offered psychosocial support,” she said.

Anathi Zulu identifies as a transgender woman. She is from Winterveld in Pretoria and said she felt visible for the first time after visiting the OUT clinic.

“It’s the nurses and administrators who always give us problems because they are not trained to handle people like us. They will blatantly ask me if I am a boy or a girl as if they can’t see who I am expressing myself to be. At OUT, I walked in and I knew that everyone understood me and my story. I felt equal and was treated like a human being.”

Zulu is an activist in her community and sometimes organises and facilitates educational workshops about stigma and sexuality.

She said she knows of many LGBTQIA+ community members who have experienced GBV at the hands of strangers. Some also still experience it at home and in their relationships.

“We are still not comfortable because there are still people who use brutality to murder us in our communities. And, there is no safe place to go because we fear the same victimization and discrimination from shelters. We know that LGBTQIA+ people were included in the National Strategic Plan against GBV but we have not seen the implementation of any of those policies,” she said.

Still no word from the Department

The Department of Social Development had not responded to our questions regarding the funding, service delivery, and access to shelters for survivors of GBV by the publishing deadline. – Health-e News