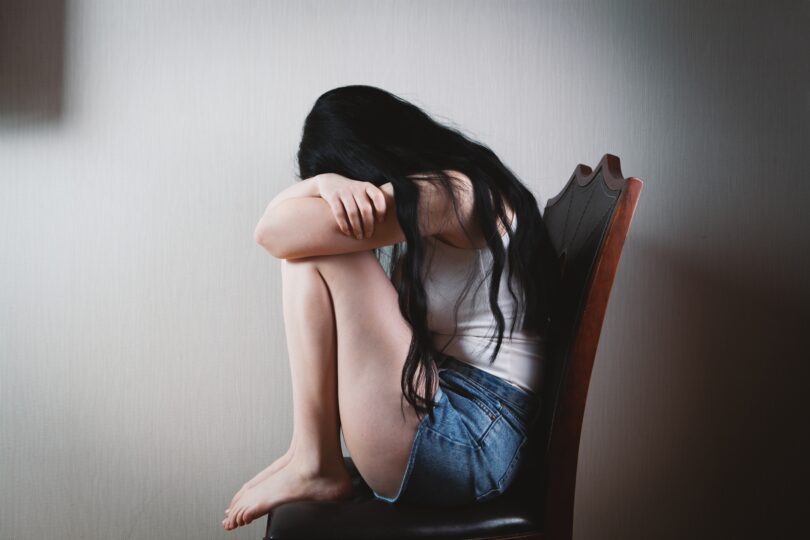 The holiday season can be a particularly dangerous time for those experiencing gender-based violence. One NGO reported a 57 percent increase in calls for help during South Africa’s 2020 festive period. The TEARS foundation says it received 43 000 gender-based violence-related calls in December 2020.

Sadly, children are the ones who witness these horrific acts of violence as they watch how their caregivers are abused. Health-e News spoke to a few young adults who shared their experiences and memories they’d rather forget.

How old were you when the abuse of your mother/caregiver began? I grew up in my grandmother’s house and everything changed when she passed away once I turned 15. I had to move and live with my mother and her boyfriend. My stepfather was an alcoholic and very abusive towards us.

What would spark the incidents? We had sleepless nights every month end when he got paid because he always came back drunk late at night and would hurl insults and obscenities. I remember this one night he hit my mother until the neighbours came in and tried to intervene, but she always forgave him.

It was difficult for my mom to leave him

How did you feel seeing this happening and did you tell anyone about it?  The only person I could openly talk to about the situation was my best friend at school because she had told me that she was also experiencing a similar situation at home.  Sometimes, I wondered why it was so difficult for my mother to leave him, but she depended on him financially since she is not educated nor employed.

Did it come to an end? How did that happen?  In 2017, my stepdad was involved in a tragic car accident on his way from work and died later in hospital. It was a very unfortunate thing to happen but this also meant the end of abuse for me and my mother.

How has this affected you now that you’re older? I grew up with a lot of anger especially towards boys at school and men in general. I’m even scared to start dating now that I’m older.

How did you feel about the person who abused your mother/caregiver?  I hated my stepdad for as long as I can remember and even resented going home sometimes. I had to learn to forgive him to get closure and because he is no longer alive.

‘Speak up and seek help’

What do you want to say to other children who are going through or have experienced this? I would encourage anyone who is going through domestic abuse to speak up and seek professional help like counselling. I recently discovered community support groups in some of the community clinics.

Can you tell us how it affected your relationship with other people? The domestic abuse I encountered has affected me in a positive manner because it has encouraged me to establish an organization that empowers young girls to be independent and educated.

South Africa has 1 of the highest rates of death by domestic violence in the world and this starts with just one act of violence.

If you or someone you know is a victim of domestic violence,please call IC on 0113738080/ 0787271334 to book an appointment to speak to a counsellor. pic.twitter.com/IInOGFjFdP

How old were you when the abuse of your mother/caregiver began? I have two siblings and I’m the eldest. We were raised by our mother who was a single parent and things took a different turn when she passed away in 2016.

What would spark the incident? We were taken in by our uncle after my mother’s funeral and he became our legal guardian. At first, they gave us all the love and support that we needed but things changed when we started receiving our foster care grant. His wife would complain that we’re spoiled brats and even my uncle started to raise his hand to my siblings. We were not allowed to watch TV and sometimes went to bed without supper.

‘Cried myself to sleep’

How did you feel seeing this happening and did you tell anyone about it? I used to cry myself to sleep at night and hated God for taking away my mother. My siblings also changed their behaviour and their grades dropped. However, I must admit that talking does help because I got to meet the social workers through our Life Orientation teacher at school and they took it upon themselves to investigate.

Did domestic abuse come to an end? How did that happen? After listening to my story, the social workers came to the house unannounced to inspect and investigate, but my uncle and his wife denied the abuse. We were moved to Chance Children’s Home for a year until we found our paternal grandparents in Soweto. The social workers also arranged for us to receive counselling.

How has this affected you now that you’re older? The situation that we went through affected us in many ways because I’m still struggling with trust issues and forgiveness. However, I’m grateful for the love and support of my paternal grandparents, who have assisted my siblings to improve their grades at school.

How did you feel about the person who abused your mother/caregiver? I have forgiven my uncle and his family even though I cannot forget what they did.

‘Speak up when possible’

What do you want to say to other children who are going through or have experienced domestic violence? It is not a nice thing to lose parents especially when you are still young and not able to fully take care of yourself. I would like to encourage other orphans to speak up about whatever form of domestic violence they may be going through because it won’t come to an end.

Can you tell us how it affected your relationship with other people?  Like I said, I’m still struggling with trust issues. But, our situation has taught me that in life you must stand up and fight – no matter the circumstance.

How old were you when the abuse of your mother/caregiver began? I’m not sure but one thing I know is that my dad had been beating my mom since I was in preschool.

‘I grew up in a boxing ring’

What would spark the incidents? My mom would say something and then he would just slap her and my mom would fight back. I basically grew up in a boxing ring.
How did you feel seeing this happen? At first, it was a normal thing for me since it started when I was young but as time went by I saw that mom was suffering. I remember my older sister asking my mom why she was still in the marriage. I felt anger towards my father and as time went on I lost all respect for him.
Did you ever tell anyone about it? If so how did they react and did they try to help? I never told anyone at the time what was happening. It’s only now that I can express myself and talk about it to some of my friends
Did it come to an end? How did that happen? It did. When I was 16, I fought with my father when he tried to slap my mom. There was a huge fight and the police were called. He told me that if I can leave if I wanted to.

How has it affected you now that you are older? Badly. I started smoking weed when I was 15 because I couldn’t cope. I failed Grade 11 and I’m struggling to give up smoking. Even though the beating has stopped, the verbal abuse is ongoing.
How do you feel about the person who abused your mother/caregiver? He is my father but I resent him. I have no respect whatsoever for him and even if he apologized, I don’t think I would forgive him.
What do you want to say to other children who are going through or have experienced this? Talk to someone, anyone at school or church. Just talk so that you don’t end up abusing substances due to stress.
Can you tell us how it has affected your relationships with other people? I’ve become very short-tempered. But, I always try to be myself. I have two friends who understand me. It has been a rocky start but I’m slowly getting better – talking about domestic abuse has definitely helped. – Health-e News

*Are you or someone you care about in an abusive relationship? Several organisations can help you. Click here for a full list.