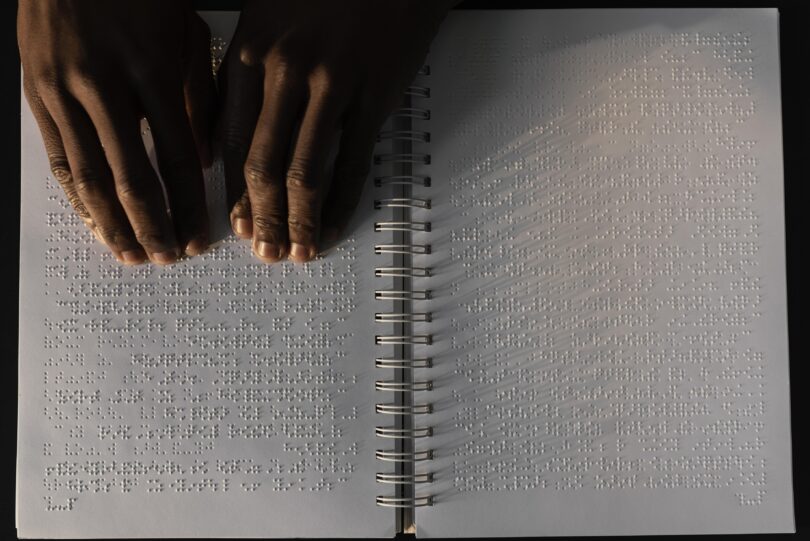 Visually impaired patients aren't able to take their medicine correctly due to the lack of braille instructions on bottles and boxes.(Photo: Freepik)

Every patient deserves to feel comfortable and able to speak to health service providers in a language they most understand. However, this isn’t always possible for visually or speech impaired individuals who need Braille and sign language to communicate.

Health-e News chatted to some people who are living with these forms of disabilities.

Surrender Lehlabile Makwana, from Turfloop near Polokwane in Limpopo, has been blind since childhood. She has dreams of a career in drama or media and is currently working hard to improve her grade 12 marks.

She spends time encouraging people to help people living with disabilities to pursue their goals. But, every time she visits a hospital or clinic, she is reminded about her visual impairment.

‘We need instructions in braille’

“I have an issue with the lack of accountability at health facilities. Most health workers don’t treat people who are visually impaired with empathy. Even the medicines aren’t written in Braille. They are bullying us; some don’t even bother to report that there is a disabled person so that an interpreter can help,” said Makwana.

Nimrod Moela, 57, has a speech impairment and has been visiting hospitals and clinics in Sekhukhune district for long as he can remember.

Speaking through a sign language interpreter, Moela said he’s been lucky enough to have family members and friends at his side who help him communicate.

“At times, you come across a doctor, a nurse, or clerk who can use sign language and it feels good.  Most speech therapists and technicians working with hearing aids in public health facilities can use sign language.  But mostly, there is no joy in public health spaces for people who have a speech impairment. We need interpreters or at least authorities should offer courses on communication with people with disabilities to health workers,” Moela told Health-e News.

The Treatment Action Campaign (TAC) said its advocacy for access to treatment includes persons with disabilities.

“We have been engaging with the government but it seems that it doesn’t have a plan or willingness to accommodate people living with disabilities in the health care space,” said Tshabalala.

Get translators and interpreters

“Most of the time, when people with disabilities go to health facilities, they have to take somebody along in order to translate or interpret for them. This is a concern because there is no sign language or Braille at the facilities,” said Tshabalala.

MEDICINE LABELS FOR THE BLIND
Did you know that international pharmaceutical companies braille their medicine packets to enable the blind to distinguish the medication. Kenya has a long way to go in this regard, please help create awareness by re-posting this on your page. pic.twitter.com/eMlzVaYME8

“It would be much better if health facilities can have someone who knows sign language and is able to explain to a person living with disability about the prescriptions and instructions and the nature of illness” she pointed out.

The TAC echoed some impaired patients’ thoughts on medicine containers.

“People with visual impairment are also in trouble in hospitals and clinics because they can’t see the colour of containers of medicines.”

Nurses said blind patients are in a relatively better position because most can hear and talk. But visually challenged patients face difficulties when they need meals and visit the bathroom.

“In the absence of nurses, patients with visual impairment rely on help from other patients – hence their privacy is at stake. The challenge is that there is a need for dedicated personnel to help them which is impossible,” said Jacob Molepo, Limpopo Democratic Nursing Organisation of South Africa (DENOSA) provincial secretary.

Francinah Mathibela, a hospital nursing sister, said working with people with disabilities, especially hearing and speech, had its challenges.

“In most cases, the impaired are accompanied. But with us health workers being illiterate in sign language or in mobility orientation, it becomes really hard,” said Mathibela.

Molepo added: “The challenge is that among us, we do not have health professionals who have knowledge of using sign language.”

“New ways of providing the service are being considered throughout the system in consultation with the sector. A broad view should be taken as there is a sizeable proportion of deaf people who do not communicate in sign language,” said NDH spokesperson Foster Mohale.

Labelling in Braille on the cards

According to Mohale, South Africa is considering disability legislation where labelling of medicines in Braille could materialise.

“Important documents that communicate government messages such as the National Strategic Plan (NSP) for HIV and AIDS are generally transcribed into Braille. There is room for improvement to increase the coverage of documents in Braille. The labelling of medicines in Braille is mandatory in Europe because of legislation that was passed. Note should be taken though that South Africa has a low Braille literacy compared to its European counterparts.”

“The department is working with the National Treasury to create a framework for procurement of devices for blind persons. These will include items such as pill or medicine dispensers to make it easier for blind people to comply with treatment prescribed for them,” he explained.

“Limited resources aside, we hold events in which we give out awards to show people with disabilities and the aged that society loves them as their own,” Mogale said.

During the 2011 national census, Stats SA found that 11% of persons aged five and older have visual difficulties while the record stood at 4,5% for those with cognitive difficulties.  People with hearing difficulties accounted for 3.6% while 2% encountered communication, self-care, and walking difficulties.

The NDH appeals to the media to continue playing a role in raising awareness and to refer to people living with disabilities using the correct terms.

“The department is working together with stakeholders to implement the WHO Hearing Report of 2021 starting with screening for hearing impairment,” added Mohale.

Jerry Chauke*, a social worker at the Limpopo Department of Social Development, said there are obstacles when it comes to people with speech impairment.

“Most blind people rely on their memories and are able to communicate verbally and several of them are multilingual. The challenge is with those with speech impairment, especially those who cannot read.”

“Braille and sign languages are not included in the curriculum at university. Usually, people with speech impairment don’t use social work services because of this communication barrier,” Chauke explained.

However, Limpopo Social Development MEC, Nkakareng Rakgoale said all government departments, civil society, the private sector and the general public should always strive for the advancement and socio-economic inclusion of people with disabilities.

“Although significant strides have been made to cater for people with disabilities, more still needs to be done,” said Rakgoale.

Meanwhile, over 50 000 people with disabilities will participate in the Special Olympics Games next year. The event will take place in Limpopo. – Health-e News