Home » Bullying: Going back to school a nightmare for some kids 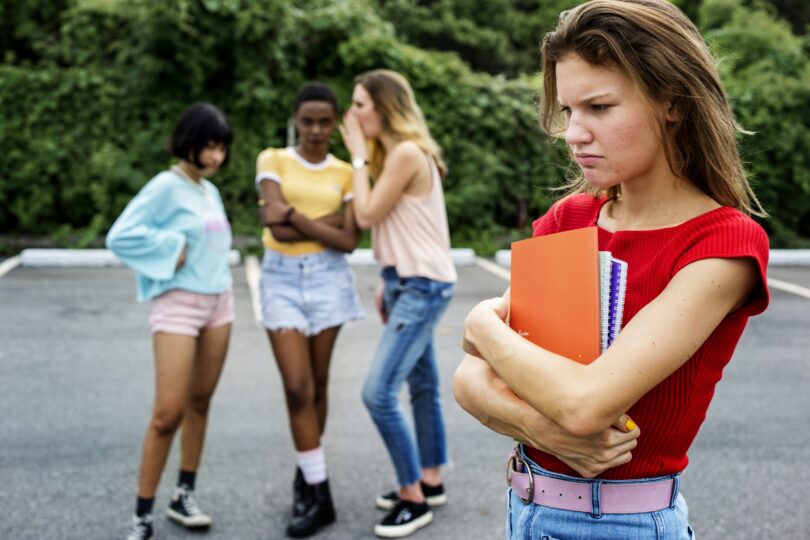 A parent will notice a change in behaviour if their child is being bullied at school. (Photo: Freepik)

Bullying: Going back to school a nightmare for some kids

Parents may be breathing a sigh of relief as the last of the country’s schools reopen for the 2022 academic year, but not all children are looking forward to meeting their fellow classmates. For them, going back to school means only one thing – more bullying.

Simphiwe Radebe* recalls the hellish start to his first year of high school. What should’ve been an exciting time for this 17-year-old Grade 12 learner, quickly turned into something he’d rather forget.

“On our first day of school we had to stand up in class and introduce ourselves and at the time, I wasn’t fluent in English. I was mocked and labelled “umkhaya” which translates to someone who is from the village. I was the laughing stock of the class for weeks,” says Radebe.

The matric said he wouldn’t want any child to go through what he went through. He began to hate school and doubted his academic abilities.

“I was excited to start high school but by the end of the week,I didn’t feel like going to school anymore because of the bullying,” he explained.

But in every bad situation, there is always good. A kind fellow learner as well as the support of his mother helped him survive.

“My self-esteem was affected, and I dreaded being in that class.  But a girl who went to primary school with me told me I should ignore the boys who were trying to be cool by mocking my English. I kept my head high and focused on my schoolwork and I am also grateful that my mom was supportive throughout.”

Sadly, not all victims of school bullying are as lucky as Radebe. Early last year, the nation was left shocked when 15-year-old Lufuno Mavhunga committed suicide after being bullied. The teenager overdosed on pills after a video – showing her being repeatedly slapped by a schoolmate – went viral.

I can't believe that a young girl was assaulted and lost her life over R5 what's crazy to me is that there was a group of girls watching , cheering and recording everything and not doing anything to help her. I am shocked, disgusted and angry. Rest in peace Lufuno Mavunga 🥺🕊❤.

The 2019/2020 crime statistics revealed 345 serious assaults and 546 common assault cases that were opened because of bullying in the country’s schools.

Childline SA defines bullying as a violation of a child’s right to physical and psychological safety. Bullying is being teased, called names, having your money taken, being beaten up, being left out and ignored, and other behaviours.

The violent times we live in

Social worker and author, Joey Dlamini, said the increased levels of bullying are a symptom of the times we live in.

“Whether we are aware of it or not, our kids show what we teach. Bullying can be a result of factors such as dysfunctional families or environments. We have also normalised violence, so kids grow up thinking that it is part of our daily lives and therefore acceptable,” she said.

Dlamini added that when children do not have an outlet to express their own fear, confusion, or anger, they might act out by harming others.

“Others bully to seek validation or as retaliation to the bullying they have experienced. We should also check the messages we share with our kids concerning bullying. When they come home crying, do we comfort them or tell them that they must go back to fight for themselves.”

Dlamini said there might not always be any visible signs to detect if your child is bullied but rather subtle changes in behaviour.

“They could be more confrontational than usual, or they don’t want to go to school or socialise with others. They might sometimes stop enjoying some of the activities that they used to do before,” Dlamini explained.

She said their anxiety, depression, or fear may manifest as physical illness in the form of headaches or stomach aches.

“A child can end up no longer eating or sleeping which might end up affecting their school and extra-mural performances as they are not able to give their best.”

Simphiwe’s mom, Angel Radebe, said she is grateful her son was able to survive high school.

“My son is a very shy child, and I was worried when he started high school and how he would adapt. I am glad he told me that he was being teased every day by other kids. I went to the school to address the issue and they handled the matter very well. Four years later, my son is doing matric.”

She said it is important to listen to your child and be there for them.

“If I wasn’t there for him by listening, maybe the worst could’ve happened. Our children are very sensitive and they need us as parents to be there no matter what,” she added.

Tips on how to tackle bullying

The Department of Basic Education suggested using these guidelines when your child is being bullied:

* Not his real name.