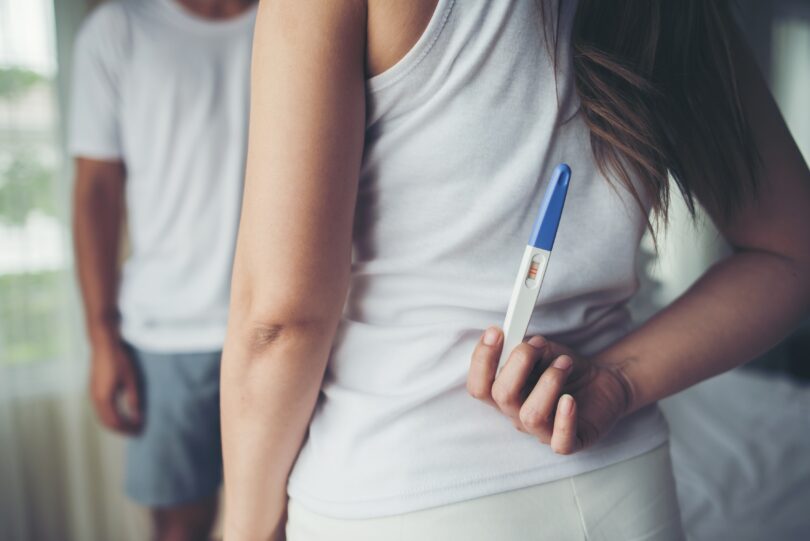 Unplanned pregnancies are usually the result of the lack of effective contraception usage. (Photo: Freepik)

South Africa is experiencing an upward trend in unplanned pregnancies and unwanted births leading to the question: When will SA men start taking responsibility?

Statistics reveal that fewer than 1% of men aged between 15 and 49 have had vasectomies. A report titled ‘Unwanted Fertility in South Africa’ compiled in 2020, used demographic health data from 1998 until 2016 for its findings.

The report states: “20% of all births in the five years preceding 2016 Demographic and Health Survey (including pregnancies at the time), happened to women who were not planning on having any more children”.

A drop in the ocean

Further research by StatsSA reports that 70% of Black children are raised without their biological fathers.  These men often had the chance of having a vasectomy but refused.

Just last year,  the National Health Department revealed that only 639 vasectomies were performed in the country in 2020. This is close to half of the 1 391 performed in 2019. The year before wasn’t any better with 1 205 procedures preceded by 2016 (564) and 2017 (689). Maja couldn’t clarify whether these figures were from the private or public sectors.

The report concluded that there is a high extent of unwanted fertility in SA and it is increasing.

“There is a change in fertility behaviour over time, especially by birth cohorts and socio-economic characteristics. Without the necessary adaptation of sexual and reproductive health to support the changing fertility behaviour, women are at risk of experiencing unwanted fertility.”

The research in the report alludes to the reality that women who have unplanned pregnancies usually didn’t want to have them.

Anele Silimela* from Randburg said his girlfriend is concerned about side-effects.

“Our current methods of contraception are condoms and pulling out. We are still considering contraception for my girlfriend. But, she is concerned about the side-effects from using pills, injections, or insertions like IUDs,” he explained.

“Pulling out” refers to coitus interruptus. A method that is not recommended by doctors.

Silimela had two unplanned pregnancies in a previous relationship, which resulted in an abortion and miscarriage. He had another pregnancy scare with a casual sexual partner. His current girlfriend fell pregnant in 2020 but they opted for an abortion.

‘A vasectomy not an option’

“Although it was a difficult decision to make, we still believe that it was the right one to make for us. I worry about things like that happening again but I have never considered doing a vasectomy. It has never been something that I thought I would be doing in a relationship or marriage, in which family planning is a part of my responsibilities,” he said.

Silimela added that he would rather encourage his partner to explore “all her options” before he would ever consider having a vasectomy. He has no intention of changing his methods of contraception.

He added: “I want to have children later in life but things like divorce put me off. It also doesn’t feel like a natural decision to make.”

Johannesburg urologist, Dr. Leslie Gellman, noted the unfortunate reality that the responsibility to prevent pregnancy and use contraception still usually falls onto the women. They have more options available and will be the ones to physically carry the child if they fall pregnant.

More children on the cards

*Tumisang Buthani, 29, from Bloemfontein, is a father of two children. He said both of them were unplanned pregnancies.

“I had my first child when I was 19, and my second, when I was 25. I used condoms on both occasions with their mothers but the condom burst. They were also not using any other form of contraception and ended up falling pregnant,” he said.

Buthani currently stays in Johannesburg where he works as a consultant at a bank.

He said that abortion wasn’t an option for him and his partners at the time. Yet, he still worried about being able to provide for them and wondered what would happen if the relationships with the mothers turned sour.

“I knew I wouldn’t be an absent father but the strain of the relationship with both of their mothers caused strain because we are currently not together.”

Buthani said that a vasectomy is not an option because he wants to have more children.

“For now, I still use condoms and constantly want to know what contraception my partner is using. Going for a vasectomy is the last thing on my mind,” he said.

Gellman explained why vasectomies are so important.

“There are no other options. Hormonal medicine has been looked at but the side-effects are too great. Using an injection on the vas that works to block the semen, which dissolves over time, is a temporary form of contraception. However, this is still in its experimental stages,” he said.

Gellman said that men can only use a condom or have a vasectomy. Men who have had a vasectomy have to check their semen for sperm at a later stage and be aware that a reversal will not guarantee fertility.

He added that it is unusual for men to get vasectomies for any other reason other than as a form of contraception.

“Maybe if a patient is getting recurrent infections in the epidermis between the testes and the vas. But other than that, they are essentially done as permanent procedures for male contraception,” he said.