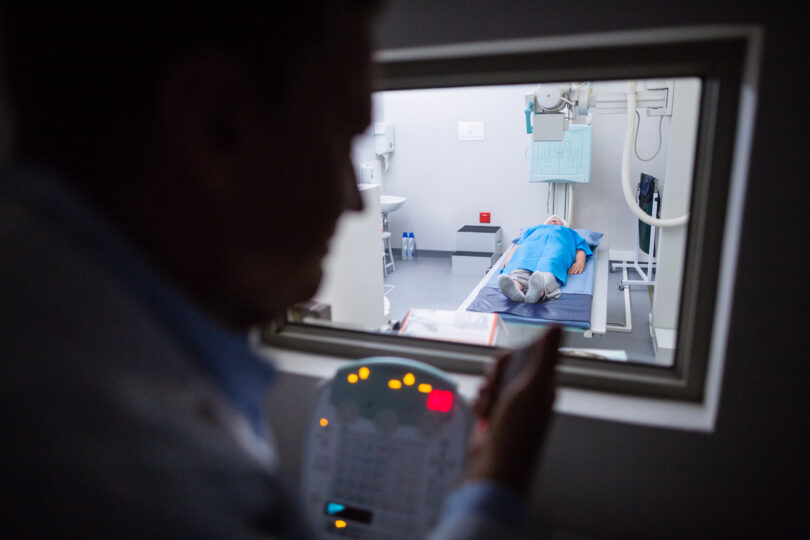 There is some light at the end of the tunnel for cancer patients following the establishment of radiotherapy centres at two of Gauteng’s major hospitals.

Two new machines – worth R52 million each – arrived at Chris Hani Baragwanath and George Mukhari Academic Hospitals last November. It’s a welcome boost for oncology services in the province which have taken a backseat due to COVID-19. A backlog that delayed surgeries for almost two years can now be prioritised.

The Linear Accelerator (Linac) machines deliver high-energy X-rays or electrons to destroy cancer cells while sparing the surrounding normal tissue. However, the machines are still in storage because they need to be housed in protective bunkers that haven’t been built yet.

“Much of the progress on the project was delayed by COVID-19 disruptions. The two hospitals are working closely with the provincial and health departments,” said Kekana.

At present, there are only two hospitals in Gauteng which offer radiotherapy treatment. They are the Steve Biko and Charlotte Maxeke Academic Hospitals. Cancer patients who need chemotherapy are being treated at Chris Hani Baragwanath.

“The process of preparing ground for the turnkey radiology buildings is underway. Once these projects are concluded, services will improve and patients won’t have to wait as long,” said Kekana.

No time to waste

The reopening of the oncology section at Charlotte Maxeke last June offered some hope for patients. But the reality is that there aren’t nearly enough resources or cancer specialists to make an indent as the waiting lists continue to grow. It is estimated that only 20% of cancer specialists service 85% of uninsured patients seen in the public sector.

The Cancer Alliance, SECTION27, and the Treatment Action Campaign (TAC) organised the march. A moment of silence was held in memory of all those who had lost their lives to cancer.

In a statement, the organisers said: “Certain cancer patients in the public sector in Gauteng can be forced to wait up to five years for potentially life-saving therapies. Many cancer patients, who cannot afford private sector treatment, are paying with their lives because of government’s delays.”

The Cancer Alliance released a report in September last year which unpacked the cost of cancer in both monetary and human terms. It concluded that cancer patients are suffering in a system that is inequitable and inefficient. With cancer cases predicted to double by 2030 unless dramatic action is taken, the situation is going to get worse.

“The scourge of cancer in South Africa is picking up speed. The rate of death from cancer continues to rise among both men and women, among all racial groups, and for many types of cancer. If we don’t invest in personnel training and in cancer treatment research now, we are doomed.” – Health-e News