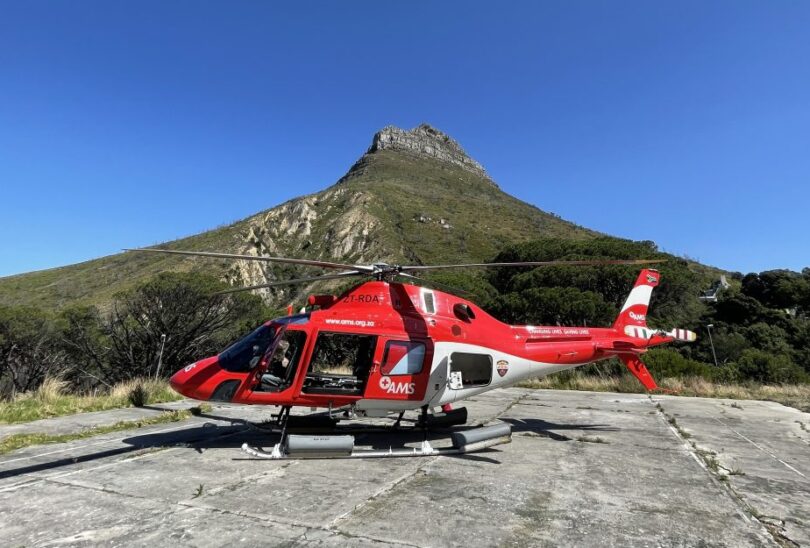 A bungled tender process has seen the critical aeromedical services in the Eastern Cape (EC) grounded which is costing lives and delaying service delivery.

Given the province’s difficult terrain, these medical helicopters are crucial in airlifting patients who require urgent medical care. The Democratic Alliance (DA), the main opposition party in the EC legislature, has slammed the latest fiasco to hit the province.

The EC Department of Health went to tender after the contract with the previous service provided expired six months ago. The tender was awarded but the losing bidder took the department to court citing irregularities. This delayed the process of any work commencing.

‘Blood on her hands’

“Meth Nomakhosazana, the Provincial Health MEC, has blood on her hands. She has failed to get the aeromedical service up and running over the festive season despite her vocal promises to do so. Her inaction could very well have cost people of the province their lives, “said Cowley.

“Over the festive season, 210 people died in road accidents across the EC. How many of these lives could have been saved had there been an aeromedical emergency service to airlift critically injured patients to the nearest hospital?”, asked Cowley.

Cowley alleged corruption in the awarding of the tender, saying some senior health officials had interests in this tender. However, the health department denied these allegations.

Cowley said she had written to Meth asking her to speedily resolve the matter. If not successful, she said she’d escalate the matter to Minister of Health, Joe Phaahla.

“When protecting a dodgy contract and an incompetent service provider takes preference over saving lives of our citizens, the moral bankruptcy of the provincial leadership is exposed,” said Cowley.

“The department has been working around the clock to resolve the contractual issues. An unsuccessful bidder is contesting the matter in court and this stopped the winning bidder from starting work,” said Dekeda.

When asked how this is affecting citizens, she replied: “The department continues to provide emergency medical services to the people. Aeromedical services serve as a boost in particularly mountainous areas where vehicles may not navigate.”

‘People dying on the roads’

A Nelson Mandela metro resident, Mandla Jacobs, 45, said the aeromedical service is very essential as it provides a quick response and saves lives.

” Imagine someone is seriously injured in an accident and they need urgent attention and our ambulance service is broken. The aeromedical service is very much needed as it saves lives. People are dying on the roads,” said Jacobs.

“We don’t have an ambulance service in this province. People wait for about five hours for an ambulance and should it arrive, it could break down on the way to the hospital. So aeromedical services are very important much needed. People in hard to reach rural areas are at most risk,” said Baatjies.

During last week’s finance committee meeting in Bisho, the health department requested an additional R5.2 billion for the current financial year. The Provincial Treasury agreed to provide only R280.7 million.

Suppliers will have to wait until the new budget allocation in April. – Health-e News