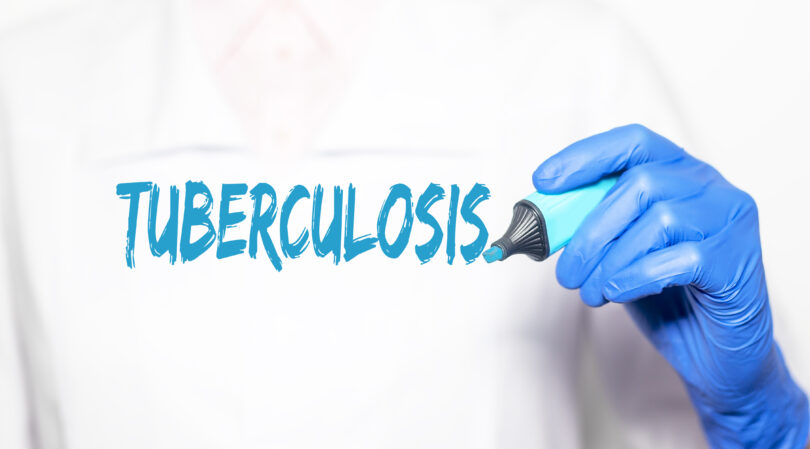 There are currently nine candidates in phase two and three of the TB vaccine clinical trials. (Photo: Freepik)

As the world searches for a tuberculosis (TB) vaccine, all eyes are on nine candidates who have progressed to phases 2 and 3 of the clinical trials.

These nine individuals bring a sense of hope in the fight against the dreaded disease which claims 1.5 million lives a year globally.

While there is hope, there is also caution. Mark Hatherill, a researcher from the South African Tuberculosis Vaccine Initiative (SATVI), said it’s worrying that there are only a few TB vaccine candidates in phase 1 should the phase 2 and 3 trials fail to materialise.

“There is good and bad news in terms of vaccines. The good news is that there are nine candidates for TB vaccine in phase 2b and in phase 3 advocacy trials. This is for the prevention of infection, disease, and recurrent TB indications,” said Hatherill.

“The bad news though is that if we do not have a successful vaccine among the nine candidates, there are very few that could fill those positions in the next five to ten years.”

Hatherill was one of the speakers during the ongoing Global Forum on TB vaccines which ends today. The topic of his discussion was State of the field: TB vaccine research.

He added that they have considerable diversity in the pipeline. “We have a number of live-attenuated and an inactivated whole-cell of mycobacteria vaccines. We also have a number of protein sub-units’ vaccines as well as viral-vectored vaccines.”

Hatherill also stated that it is important to target children aged between 5 and 12 years old.

“One could emphasise that the reason to target five to 12-year-olds is that they may be best protected against TB and therefore may have the most optimal post-response to the vaccine. In the advance of live mycobacterial vaccines, we have two candidates entering infant efficacy trials,” he added.

According to a new study, titled Estimating the potential Public health impact of new tuberculosis vaccines in South Africa, new TB vaccines will be required to meet the End TB strategy. 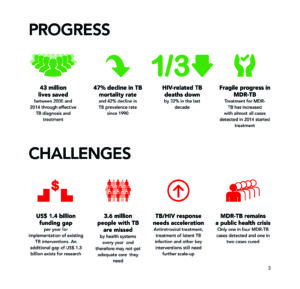 The World Health Organization’s End TB strategy aims to reduce the number of TB-related deaths by 95% in 2035. (Photo: WHO)

The study, which was published this week, also includes research on how these vaccines could be effective in high HIV burden settings like South Africa.

“With promising new TB vaccines in development, we estimated their potential impact on the TB burden in SA. We developed a dynamic age-structured transmission model of TB/HIV coinfection and calibrated it to SA data,” read the study.

The study further stated: “We estimated changes in cumulative TB incidence and mortality between 2028 and 2050, comparing vaccination vs non-vaccination scenarios. We examined how impact estimates changed under different assumptions about the populations with respect to their HIV and antiretroviral therapy status, for which vaccination was effective.”

“In high HIV burden settings, it is highly advantageous for new TB vaccines to be safe and effective in all individuals. These findings could be used by vaccine developers and help inform key decision making for future TB vaccination strategies in SA,” added the study.

“With the emergence of the COVID-19 pandemic, within a year, we now have multiple vaccines. But with TB, the only vaccine available is the BCG vaccine which is over 100 years old,” said Ashesh.

“In the context of low-middle income countries like India, TB is not just a biological disease. It’s also a socio-economic disease because of the cost of diagnoses and treatment. So now more than ever, it is important that we increase investments in preventative measures in TB. Lastly, when we do finally have a licensed TB vaccine, they need to be universally accessible and affordable to all. Even one life lost to TB is one too many,” she added. – Health-e News