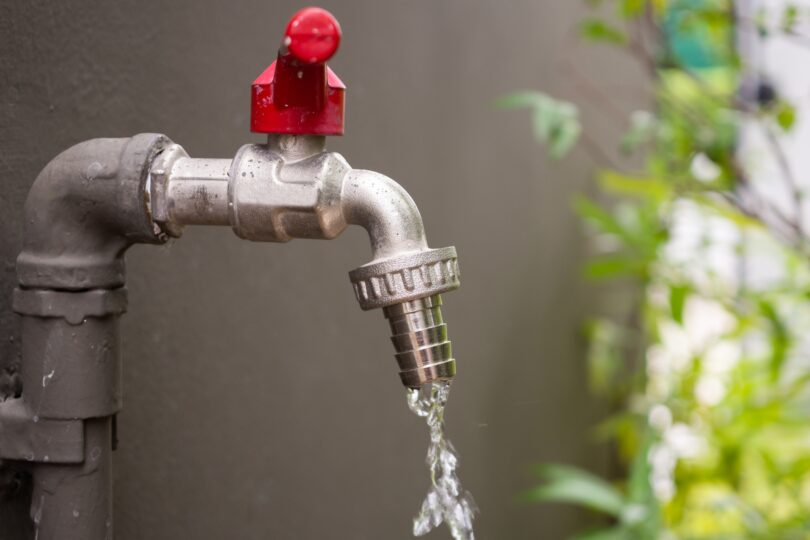 Many South Africans won't be tested for typhoid fever due to clinics not having facilities. (Photo: Freepik)

The National Institute for Communicable Diseases (NICD) confirmed that access to testing for typhoid fever remains a huge challenge in many parts of South Africa. So far, two outbreaks have been reported as concerns about the quality of drinking water continue to rise.

Dr. Juno Thomas, Head of the Centre for Enteric Diseases at NICD, said the two affected provinces are the Western Cape (WC) and North West (NW). She confirmed that testing for typhoid fever is difficult.

“You can only test for typhoid by doing a blood culture. This kind of testing is not available at all levels of healthcare settings and is not a routine investigation. It is usually done for patients who are sick enough to be admitted to hospital and where there is access to laboratory diagnostics,” she said.

“I was visiting family members in an area called Klapmuts. I experienced stomach cramps a day after I arrived and also happened to drink water from the tap that specific day. Later that evening, I developed a fever and started sweating excessively. I also felt nauseous and vomited the next day,” said the 29-year-old.

Mavundla decided to rather visit the local clinic before seeking help at a nearby hospital.

“I went to the doctor after feeling ill for about five days since my home remedies weren’t working. My stomach pain and diarrhoea were getting worse. The doctor said that he would treat my symptoms but could not diagnose me because I would have to go to the hospital to get a test done for typhoid fever,” Mavundla explained.


He said his symptoms subsided after a few days but his fever won’t go away.

Thomas noted that even when symptoms go away, a person can still be a carrier of the bacteria.

“Some people carry this bacteria in their gut for many years, and other people are life-long carriers. People become reservoirs of infection and can continue to contaminate food and water sources.”

Thomas added that there are still ongoing investigations to discover sources of infection and to try and manage cases properly through tracing carriers.

“Measures to control the current outbreaks and prevent further transmission are known, but present some challenges when trying to implement them. There are a number of different governmental stakeholders involved because this spans into water, sanitation, and health. There are also financial constraints in many districts and municipalities that make it challenging.  It also remains important to educate healthcare workers and the general public,” she said.

Decrease in number of cases

A study presented by Thomas on the cases of enteric fever in SA from January 2003 to 14 February 2022, showed that there has been a decrease in the number of cases, reflecting less than 150 cases per year. The year 2005 is marked by the Delmas outbreak which reached over 200.

Enteric fever includes typhoid fever which is caused by the bacterium Salmonella Typhi and paratyphoid fever.

Thomas noted that it is important to remember that the study shows the number of diagnosed tests. She acknowledged that there could be cases that do not have access to testing facilities.

A report compiled by NJ Griffin in 2014, which analyses the environmental water quality in SA, stated that the water quality in the country was deteriorating. This would have lasting impacts on water resources.

If you are concerned with the quality of water in your area, follow the below to ensure safe water:
1. Add 1 teaspoon of household bleach (containing 5% chlorine) to 20-25 litres of water.
2. Leave it to stand (in a clean, closed container) for at least half an hour before use pic.twitter.com/TIaph0eYSZ

The Nelson Mandela Bay (NMB) Municipality informed residents this week about the deteriorating quality of water. They were also warned against the presented risk to human health when tap water is ingested. After testing the water and finding exceeded amounts of certain microbiological limits, the municipality urged residents to boil their water.

Routine testing of microbiological quality of water determines the presence of pathogenic organisms like bacteria, fungi, and yeast.

*Nyameko Mkhanyiso, 31, is a retail shop assistant living in Gqeberha. He said that he was concerned by the deteriorating water quality, especially because this was not the first time.

“Just like many other people, I had consumed a lot of tap water before the release of that statement. This is even more concerning because I could not tell that there was anything wrong. I often have diarrhoea. It has almost become normal since I have it every two weeks or so. But I can’t say for sure – whether it’s my lifestyle habits like drinking alcohol or the water,” said Mkhanyiso.

Since 2003, Gauteng has consistently recorded the highest number of cases. Thomas said that reasons for this include healthcare utilisation and diagnostic practice because blood cultures are easily accessible. There is also a willingness to do blood cultures at these facilities.

Thomas said that the disease occurs in association with poor sanitation and a lack of clean drinking water in both urban and rural settings.

The NICD said that there is no evidence that municipal tap water is contaminated with the bacteria that leads to typhoid fever infections. However, there is also no evidence that water in areas like Gauteng, the WC, and the Eastern Cape has been tested for this yet.

Thomas said that to prevent and control typhoid fever, water, and sanitation infrastructures must be improved by providing clean drinking water, washing of hands, and health education about food safety practices. She said that this is important because food is at risk of being contaminated by bacteria.

“Other public health measures are also important because we need to be able to accurately and promptly diagnose the disease and treat it with the appropriate antibiotics. We also need to identify and treat the carriers so that they can’t carry on seeding the bacteria into the community, and in some instances, you can vaccinate as well,” she said.

Thomas advised that if a person is feeling uneasy about their water quality, they should either boil or bleach it. – Health-e News