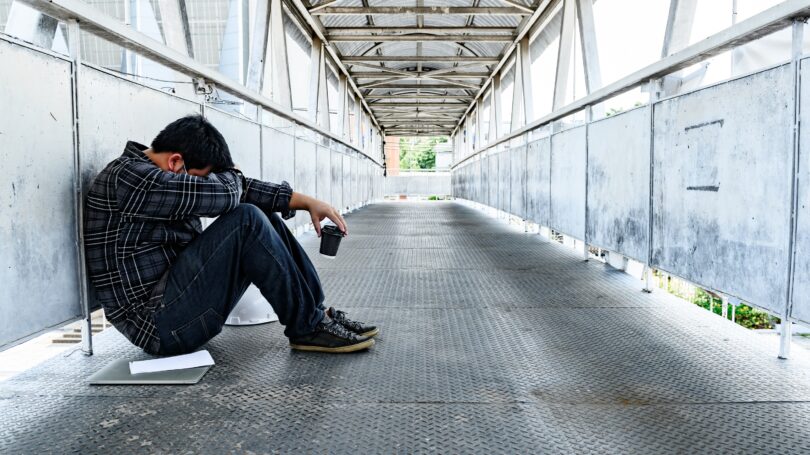 Toxic masculinity plays a big role in why men are reluctant to speak about their mental health struggles. (Photo: Freepik)

South Africa has the third highest suicide rate on the continent, with more men than women committing suicide. Clinical psychologist, Zamo Mbele, says the conversation about men’s mental health is long overdue as men continue to bottle up their feelings and frustrations.

Speaking at a  webinar hosted by the Government Communication and Information System (GCIS) in partnership with the South African Depression and Anxiety Group (SADAG) Mbele said ‘the consequences of not speaking about mental health issues are showing themselves through the level of domestic violence, road rage and substance abuse in South Africa’.

However, he believes that men are starting to realise that it’s no longer socially acceptable to deal with their problems through violence and drinking.

Toxic masculinity-traditional cultural norms of how a ‘man’  is supposed to behave-plays a big role in why men are reluctant to speak about their mental health struggles.

“It’s poisonous, it’s taught from a young age and therefore takes a long time to recognise. You often hear the phrase ‘boys don’t cry’. But, I say if they do not cry, then they make other people cry. We see this through bullying, gender-based violence (GBV) and workplace bullying,” explained Mbele.

Another reason is that mental health is still a taboo topic, especially for men in black communities. Mbele pointed out these communities also have limitations in terms of access to professional help for mental health issues. Yet, suicide and  depression affects all South Africans, irrespective of race.

He stressed that the conversation about men’s mental health should be a common thread throughout all sectors of society.

Get help before it’s too late

During his childhood Chris Debraine was abused and bullied. For years, he suffered in silence. Sharing his story, he said that despite suffering from depression in adulthood, he didn’t think about seeking help for his past trauma because he wasn’t aware anything was wrong.

“I’m 37 now, but only started to seek help when I was 30. I struggled with drinking, substance abuse, terrible panic attacks and couldn’t keep a job. Guys never talk about their mental health struggles,” said Debraine. He reasoned that the country’s overtly patriarchal society and pride are stumbling blocks for men in need of help.

For Debraine, help came after his fourth attempted suicide attempt when his family stepped in and forced him to see a psychiatrist, an intervention that transformed his life.

“I’ve invested a lot in myself. I’m actively working on my health and have a personal trainer. Not everyone has access to this, which is disheartening, because it can help you on your journey. It’s difficult to seek help but I would tell men to go to a psychiatrist. Don’t wait for things to get bad. You may think that aggression is normal, but you need to go talk to someone,” advised Debraine.

When it comes to accepting your diagnosis, he encouraged men to be patient with themselves and ask a lot of questions.

Dr. Fran Korb, a psychiatrist at SADAG since its inception 28 years ago, said that men’s mental health is a social problem that needs to be addressed by everyone.

“I was so shocked when I read a report which stated that South Africa has the highest rates of mental health issues. We’ve been trying to deal with the stigma around men’s mental health for so many years. There’s a lack of information and understanding. I almost want to go as far as saying we should stop saying mental illness and just say it’s an illness. It doesn’t skip anybody, regardless of race, class, education or finance,” said Korb.

Korb urged for the conversation to be more widespread. “I don’t want to get too political, but where is the government? Why haven’t we ever had big rallies about mental health? Why aren’t there more people getting involved?” he questioned.– Health-e News

If you are worried about a friend or loved one who is struggling to cope and experiencing suicidal ideation please call 0800 456 789, sms 31393 or visit https://t.co/SCjQZMXZSa. You are not alone. There is always help!