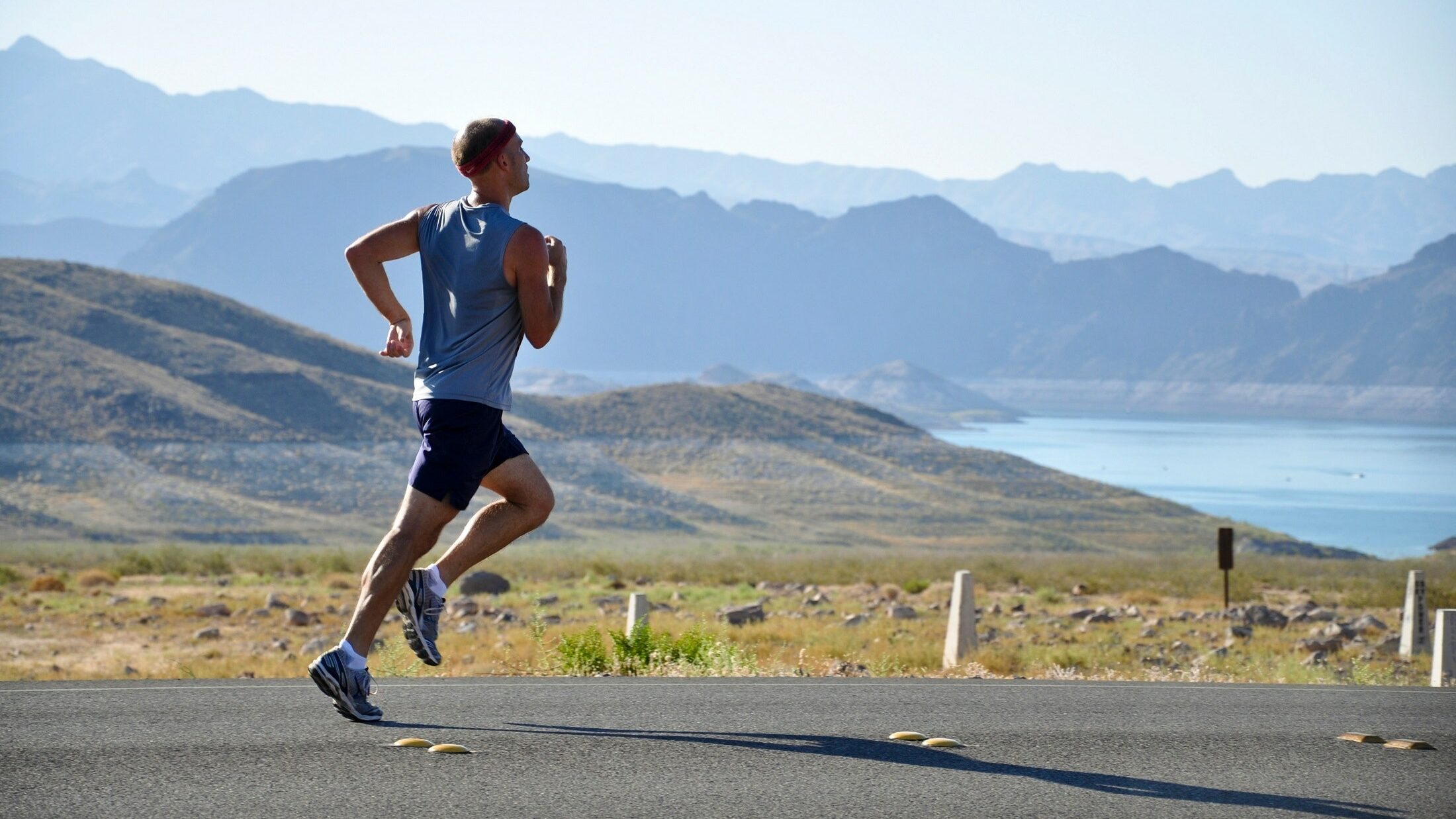 Many people’s mental health has been negatively affected by the pandemic. One local man, who suffered from anxiety related to COVID-19, aims to set a world record running to raise money for a mental health charity.

Like millions of South Africans, the last few months have not been easy for Henry Cock. Lockdown regulations forced the restaurant owner to temporarily shut his establishments, meaning his staff would not be able to support their families. He suffered from severe anxiety as a result.

It prompted the 34-year-old to try raise R80,000 for his employees through a unique campaign, which involved Cock ‘running the Comrades Marathon’ — in his passageway.

“In the end, we managed to raise R120,000,” he revealed. “It took eleven hours. Eleven hours of running back and forth across a 15-metre passage with just a few short breaks to eat and rest my legs,” he said.

Running from wall-to-wall for the duration of 90 kilometres leaves one with a lot of time to think. That’s Cock came up with another initiative, after his own struggles with mental health.

Fox died before he was able to complete his race, but the legacy he left behind is the Terry Fox Run: the biggest single-day fundraising event worldwide. It was this that inspired the Johannesburg entrepreneur to create his own initiative.

“I will be running the length of the South African coastline, from Kosi Bay in KwaZulu-Natal to Vioolsdrift near the Namibia border, to raise awareness for mental health and raise R6 million for the South African Depression and Anxiety Group,” Cock told Health-e News.

“We used to receive 600 calls a day. When we entered the pandemic, with lockdown, we were getting over 1,200 calls a day. That’s excluding the emails we receive, the SMSes received, and the WhatsApp messages that we receive on a daily basis. We have had around 500,000 calls since lockdown until now.”

As all calls are toll-free to give access to anyone who needs help, SADAG’s phone bill amounts to between R100,000 and R120,000 each month. Thus, Cock’s mission to raise R6 million will go a long way to assist.

“It is an absolutely amazing initiative,” said Seedat. “Henry is an inspiration for standing up for mental health, because that alone breaks a lot of barriers and boundaries.”

One in three South Africans will experience a mental health issue during their lifetime, according to SADAG. The conditions include bipolar and schizophrenia, but depression and anxiety also fall under the mental illness umbrella and are far more common than most people realise.

During the pandemic, Cock endured his own mental strain. The combination of financial uncertainty, the ending of a long-term relationship, and the illness of a family member that sparked his battle with anxiety.

Recognising the need for help

Alexa Scher, a clinical psychologist in private practice, has seen this pattern before.

“I think there is a lot under the surface that blocks people from actually saying, you know what, I’m not okay. We are usually scared to acknowledge and admit that and notice that in ourselves, so it can creep in invisibly, and then all of a sudden, you’re crying all the time, and then you think, ‘Oh, yeah, maybe this isn’t actually normal.’”

According to the Johannesburg-based therapist, one should seek help when their state of mind begins to impact their ability to function.

“We all get depressed at times, we all get anxious, those are very normal human experiences,” Scher said. “But if these experiences result in you not being able to meet your responsibilities, go to school, go to work, interact with others in a way that you normally would be able to do, that is when we start to consider it as a mental illness.”

“Generationally, certain emotions have been viewed as weakness. We often say a baby is good when it doesn’t cry, or say that children are brave if they don’t cry. These are then emotions that we internalise from a really young age,” she said.

Scher believes that unexpressed emotions can lead to dire consequences: “If people don’t know how to express their emotions, then the emotions eventually take control of their behaviour. And so substance abuse, alcoholism, and gender-based violence are all related to that I think. We only ever see someone’s behaviour, we don’t know what someone is feeling and thinking.”

While Cock was able to seek help, the majority of South Africans cannot access mental health treatment. This is why he is training his efforts toward helping SADAG.

The organisation operates the only suicide crisis line in the country, and also has a 24-hour toll-free telephonic, SMS, and WhatsApp lines to advise those seeking self-care tips, assist university students dealing with stress, and help anyone suffering with substance abuse.

“We reach people not only in your urban areas, but deep rural areas. People are really in need of help in rural areas because there are not many resources available. So we try to help as many people as we can, by reaching out to everyone,” Seedat explained.

SADAG are here to provide you with a FREE 'Ask the Dr' Facebook Friday Online Q&A with top Psychiatrists. From 1pm – 2pm & 7pm – 8pm discussing self-help, coping with your diagnosis, get guidance on sticking to medication and remaining at ease during stressful times. pic.twitter.com/3e98FY3FSF

Volunteer counsellors go through a screening and training process before they are allowed to help, with around 200 volunteers currently working in rotational shifts.

In his bid to support SADAG, will be on the road from 8 July to 16 November. As he prepares for his run, he has also received dozens of messages of support from those struggling with their own mental health challenges.

“There are so many people who have given me support and sent me private messages. I’m doing this for them. It obviously takes a lot of courage to put those stories out there into the world and to give them to me,” he said.

While he will hit the road solo, and does feel a certain pressure to succeed within the 133 days, Cock said he is using his emotions to motivate himself.

“I channel all of that energy into days when I’m feeling down or feeling bad. I remind myself that I’m not doing it just for me — I’m doing it to raise awareness for these people that really struggle and don’t have access to the same resources that I do,” he said.

“No matter how dark it is, it’s important to remember that you’re not alone. Reach out. You’ll be surprised how much help you actually receive if you just ask.”

Henry’s journey can be followed on Instagram at @cock.henry.