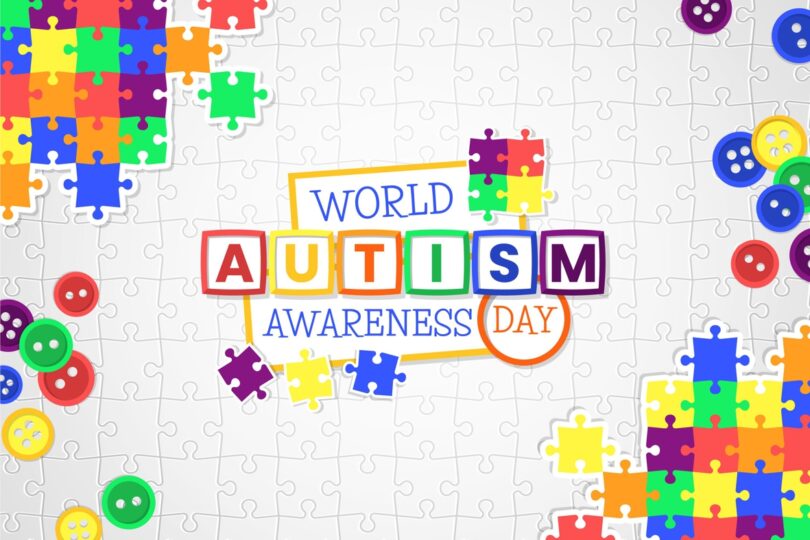 As the globe marks World Autism Awareness Day today, South Africans living with autism continue to face several obstacles like unemployment, a limited choice of schools, discrimination and a lack of support.

“Autism is a neurodevelopmental disability. It is not damage to the brain, but rather the brain that appears to develop differently. They communicate differently, behave differently and have different experiences of the world,” explained Oettlé.

“We do not know the cause of autism. However, we do know that it is more than likely genetic. Nothing that a parent or family does will cause someone to be autistic. Autism should be considered a natural part of human diversity,” she explained.

Message from @AutismSAfrica : "We urge every single South African who is involved in the autism community to please stop using functioning labels for autism."

Oettlé also indicated that a child from around the age of 18 months can be diagnosed or identified as autistic. However, several studies are looking at being able to identify it as soon as at six months. Autism can be diagnosed throughout one’s lifespan – there are many adults seeking a diagnosis in their thirties, forties and fifties.

She said autistic people face discrimination on a day-to-basis and that many children aren’t in schools due to various reasons.

“Schools are often too far away, too expensive or do not understand autism. Autism South Africa works closely with the Basic Department of Education, and we are in the process of trying to rectify schooling options,” she explained.

Oettlé added: “There are definitely not enough schools. Another big need is the teacher support, training, and continuous education to ensure they are supporting the autistic learners in their class adequately. Families simply are not aware that they can take their child to school. One of our biggest gaps currently is in our older teens and adults.”

Another hurdle is the country’s high rate of unemployment as many employers lack basic understanding of autism.

“Families are often marginalised because they need to look after their children, and they often need to take additional time off to take their child to therapy or doctors’ appointments. Many of the families we support are unemployed, single parents,” said Oettlé.

“We have many unemployed, young adults who are not supported by post-school options and are sitting at home. This is a group that we’ll be focusing on in the coming months. We campaign throughout the year to raise awareness and to create acceptance. It is no longer enough for us to just be aware of autism, we need to accept that it is part of our human race,” said

Statistic South Africa’s Quarterly Labour Force Survey for the third quarter of 2021, stated that the official unemployment rate was 34,9%. This shows that the number of employed persons decreased by 660 000 to 14,3 million.

Oettlé further added that autistic people need to be afforded opportunities so they can also succeed in life and become active members of the society.

“In terms of government, unfortunately it is not doing enough to support autistic people,” said Oettlé.

“There are currently no government facilities available for adults to go to, which will diagnose them. Children can access free therapy within government hospitals until the age of six. At this point, they should be able to access therapies at school. However, hospitals often have long waiting lists,” she said.

Maanda Ndou, whose daughter was diagnosed when she was only four, believes autistic people can be successful if afforded opportunities.

His daughter, Dembe Angel, is now 21.

“It was hard to accept at first, especially since she is our first-born child. But through the love we have for her, we quickly learnt how to live with it and embraced her condition,” said Ndou.

“We raised Dembe to be an independent woman. It has, however, been challenging at times, since she can’t speak and we struggle to communicate with her. But we’ve learned to embrace and accept her the way she is,” added Ndou.

Voice of an Angel

Though she cannot speak, Dembe can sing. To everyone’s amazement, she has just released her first gospel album and is often invited to sing at various churches in Gauteng and Limpopo.

The proud father added: “When she was still young, doctors advised us that we buy her a soccer ball, so that she can learn how to use both of her hands and fingers. But I decided against the idea and instead, I bought her a small musical keyboard, which I believe what triggered her love for music. And now she can play various musical instruments and is able to imitate various gospel songs with ease.”

Dembe, who is originally from Limpopo but currently resides in Chiawelo, Gauteng with her parents, started singing and playing the keyboard properly when she was 11 years old. 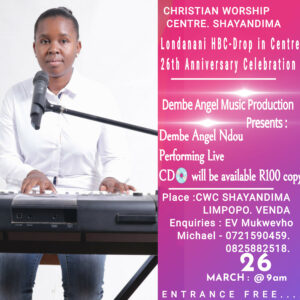 Ndou has further urged parents – who are raising children with various disabilities – to embrace their uniqueness and encourage them to be independent.

“Having a disability does not mean that one is ‘invalid’. It hurts me when I still read and hear stories of parents who hide their disabled children at home. Disabled children deserve to be supported and encouraged to follow their dreams like everyone else,” added Ndou.

World Autism Awareness Day is annually observed on 2 April and this year’s goal is to address inclusive education. The rest of the month is dedicated to putting a spotlight on the hurdles that people with autism face. -Health-e News.