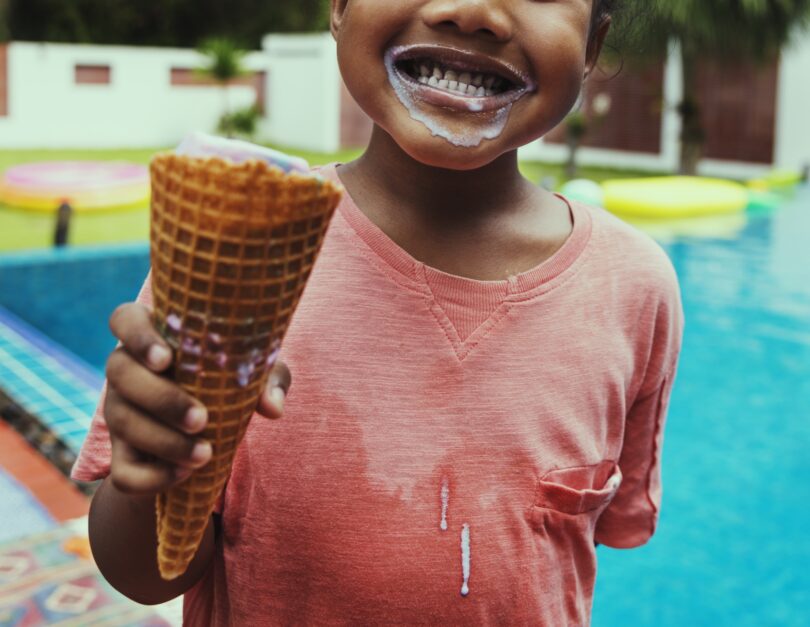 A Soweto teacher has used the classic ice-cream cone to help children deal with the storms in their lives. (Photo: Freepik)

Children can often be reticent when it comes to talking about their feelings. So, one Soweto assistant teacher decided to use the classic ice-cream cone as a tool to get them to open up about their mental health.

“I love ice cream … and believe ice cream can come to you at times when you are facing storms,” said Nompumelelo Magezana, while explaining how she came up with the idea of using the much-loved treat to help children.

Her work, as an assistant teacher at a Soweto primary school, brought her face-to-face with the problems children experience.

“I picked up things like the way they behaved which linked to their mental health. From there, I knew they needed my assistance and I had to do something,” she explained.

As a child, Magezana had a difficult relationship with her mother. She also survived child abuse and understands the challenges children face.

“No assistance was given to me. Back then, mental health wasn’t a big concern. Kids suffered and were blamed for crying too much,” she said.

Seeing that the gap still existed, she decided to pilot the idea of taking an ice-cream truck to school. Mental health professionals spoke to the children about their psychological well-being and the tools they can use to manage this. 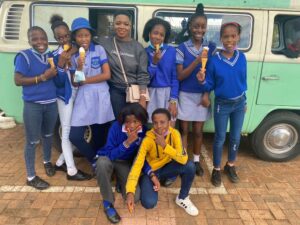 Michelle Donnelly, Project Leader for Advocacy and Awareness at the SA Federation for Mental Health (SAFMH), agreed that insufficient attention is given to the mental health of youth. She said in 2019, only three of the nine provinces had child psychiatrists working in the public sector.

Donnelly said that half of all mental health conditions develop by the age of 14. However, many cases remain undetected and untreated.

“If we teach children to speak about their mental health and provide safe conditions for them to do so, this proportion might not be so high,” said Donnelly.

She added that it was concerning that there are no nationally endorsed social-emotional learning programs to equip learners with the tools to talk about and manage their mental health.

Bharti Patel, SAFMH’s National Director, said it was also worrying that there wasn’t any reliable data on the various conditions experienced by young children.

“But we know issues like depression, anxiety disorder, and ADHD are some of the prevalent mental health conditions in children and adolescents,” said Patel.

In 2019, the South African Human Rights Commission (SAHRC), released a report on the Status of Mental  Healthcare in South Africa. One of its findings was that there is considerable under-investment in mental health by the government.

“The neglect and lack of services were particularly problematic in rural areas,” it read.

The recommendations included intervention in school curricula to raise awareness of mental health and to combat stigma. Anti-bullying initiatives must be considered, along with more investment in child and adolescent mental health.

Donnelly confirmed that almost three after the report was released there are still no national social-emotional learning programmes at school level.

“There has been a recognition of the need for mental health awareness in schools, with the inclusion of NGOs trying to supplement the school curricula to enhance mental health literacy within schools, either during LO or after school, we do know that this is not enough,” she said.

Donnelly said the more a young person is exposed to a topic, the more normalised it can be.

“This is important when we think about the formation of perceptions, worldviews, and stereotypes, which occur at a young age. The more a child learns to identify and speak about their feelings, the easier it will be for them as adults to regulate their feelings. They’ll also be able to identify what behaviours they need to do more of to maintain their mental health. This preventative work is vital,” she added.

And this is what spurs Magezana on.

“It is important for kids to deal with their mental health so that it doesn’t affect them later on. The feedback I received after the ice cream initiative is that the school needed an intervention like this. The kids’ behaviour frustrates them. At times, they do not know how to deal with it since not every teacher is able to identify the root of the behaviour,” said Magezana.

“If we start dealing with this at a younger age, we will help reduce the rate of suicide that is skyrocketing in our country.” – Health-e News