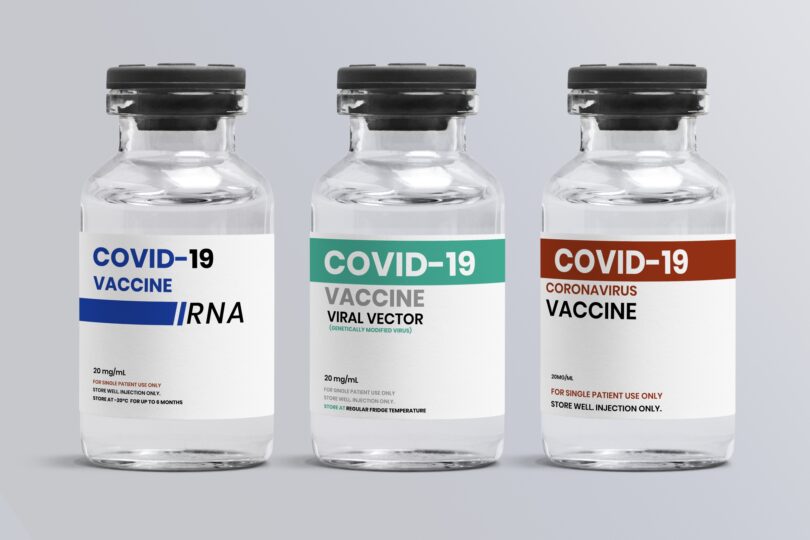 South Africans have been slow to get their COVID-19 shots. Misinformation has caused many to either be fearful or hesitant. (Photo: Freepik)

As a possible fifth COVID-19 wave looms, a report has revealed that booster vaccine hesitancy is at a high among South Africans, placing the country’s uptake at a crossroads.

The SA Covid and Vaccine Social Listening Report is published weekly and covers vaccine sentiment, rumours and misinformation in South Africa. According to the latest report, people living in the Buffalo City Metro in the Eastern Cape are tired of hearing about vaccines. Meanwhile, those living in OR Tambo, want to get vaccinated but many don’t have access to a clinic.

Dr Vicky Lynne Baillie, a senior scientist specialising in molecular virology and paediatric diseases, described SA’s booster uptake as “extremely slow”. She said that misinformation is a major contributor to this.

“People saw that Omicron infections were relatively mild and assumed that we don’t need boosters. This is however incorrect because we still don’t know the long-term effects of natural infections, including long Covid. Also, other variants could be more severe so we need to stay protected against the virus. The protective effects from infections have also shown to be relatively small compared to vaccines,” she said.

She explained that the booster vaccine works in the body to strengthen immunity against COVID-19.

“After the first and second dose, there is a big bump in the body’s immune response that protects against severe SARS-CoV-2 infections. This immune response however, decreases over time. In order to get it back to a level that is able to protect us, we need booster doses. This is especially true for the Omicron variants which are able to evade some of the immune responses.”

Baillie added that it still remains crucial for people who have comorbidities and those over 65, to get their booster vaccines. This lowers the risk of severe disease and vulnerability to infection.

Busi Gqwede from Pretoria chose to ignore the SMS reminding her that she’s due for her booster.

The 55-year-old said she knew that she wouldn’t go back for a booster after her second Pfizer dose.

“My children told me that there will be more shots coming after the first. Friends also shared pictures of what people looked like after their COVID-19 vaccine which made me worry. I also wondered why it would be necessary to have these boosters in a space of a few months. Pandemic or not, that is strange to me. I would rather wait and see with the boosters,” said Gqwede.

The employee health and wellness manager recalled how sick she felt after her first and second shots. Her health concerns won’t see her queueing for a booster vaccine anytime soon.

As many as it takes

Lazola Jiyane* is eager to strengthen his immunity against the virus even more after receiving his booster shot.

“My side effects were minor if I consider how sick I felt after my second Pfizer shot. The booster effects also lasted for fewer days than my second dose,” he said.

The father said he doesn’t pay attention to anything shared on social media about the COVID-19 vaccine. He relies on other sources for advice on the pandemic.

“I believe in vaccines and have always taken great care when it comes to preventing diseases and illnesses. So when the pandemic started, I took all the necessary precautions. I knew that if a vaccine was available, I would want to be in line to get it,” said Jiyane.

Jiyane said that even if the pandemic ends, he would take the COVID-19 vaccine just like his annual flu jab.

He added: “I’m willing to take a fourth, fifth or sixth booster shot if it’s necessary and available. Remaining safe and protected against the virus will always be important for me and my loved ones.”

Baillie said that the concern over the slow booster uptake is based on the decreasing immune protection of both the vaccine and natural infections.

“So, if people are not getting boosted, then by the time the next wave rolls around, we might have less protection. This could mean we see a rise in severe disease. This is especially true for the older age groups which were vaccinated first and thus protection might have waned even more. This could potentially place our hospitals and healthcare workers under pressure again,” she said.

Last month, the National Department of Health announced that 92 730 doses of the Pfizer vaccine were due to expire at the end of March. They have since been disposed according to the minimum standard for the disposal and destruction of medicines and scheduled substances.

Department spokesperson, Foster Mohale, stated: “While the experts anticipate the next wave around winter, the government is working with various stakeholders to continuously explore various vaccine demand creation strategies to increase vaccine uptake. We are not out of the woods yet. All unvaccinated and partly vaccinated people are urged to fully vaccinate and get booster shots to enhance their protection.” – Health-e News