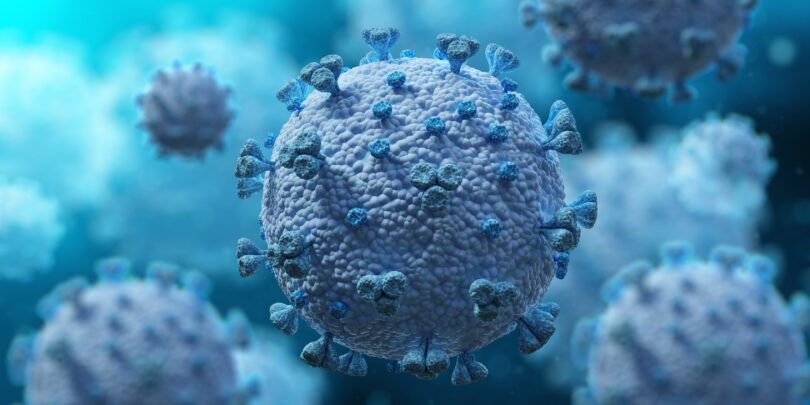 South Africa's COVID-19 positivity rate has crept up from 5.6% on Tuesday to 7.5% on Wednesday. (Photo: Freepik)

The National Department of Health is keeping an eye on developments after 23 cases of the new COVID-19 Omicron sub-variants were detected in South Africa earlier this week.

Experts from the World Health Organisation (WHO) are working with scientists and researchers in SA and Botswana to understand the nature of these variants, named BA.4 and BA.5. Their infectivity and virulence is especially under the spotlight with at least four people also infected in Botswana.

According to the latest statistics from the National Institute for Communicable Diseases (NICD), SA’s positivity rate is going the wrong way. On Tuesday, it sat at 5.6%; this has since increased to 7.5% as reported last evening.

No cause for concern yet

Dr Matshidiso Moeti, WHO Regional Director for Africa, confirmed that there is not yet cause for concern with the emergence of these new sub-variants.

“We are not yet observing a major spike in cases, hospitalisations or deaths. There is no significant epidemiological difference observed between the new sub-lineages and known sub-lineages of the Omicron variant. This includes BA.1, BA.2 and BA.3,” he said.

The BA.2 Sub lineage is now the globally dominant strain of the Omicron variant and it is present in almost 94% of all tested samples.

National Department of Health spokesperson, Foster Mohale, said that the country can expect another wave by the end of May. This is based on the patterns of previous waves and the emergence of these new sub-variants.

“There are five sub-variants of Omicron being observed around the world. We are watching BA.4 and BA.5. The dominance of these sub-variants has not resulted in a change in the rate of transmission or disease severity. They are also not causing nor are they going to cause the fifth wave,” he said.

Mohale noted that a totally different variant, which would still emerge, is expected to cause the fifth wave.

WHO has called on countries to enhance genomic surveillance to better understand the circulating SARS-CoV-2 variants. Countries must submit complete genome sequence tests and associated metadata to a publicly available database and report initial cases linked with a variant of concern.

Tulio de Oliveira, the Director of Centre for Epidemic Response and Innovation (CERI), confirmed BA.4 and BA.5 share a similar spike profile as BA.2, except for additional mutations. He has shared a Twitter thread on the emergence of the new sub-variants.

New Omicron BA.4 & BA.5 detected in South Africa, Botswana, Belgium, Germany, Denmark, and U.K. Early indications that these new sublineages are increasing as a share of genomically confirmed cases in SA. No cause for alarm as no major spike in cases, admissions or deaths in SA pic.twitter.com/PrcBWpVWtl

De Oliveira said SA’s high population immunity is one of the main cause of the low infections and hospitalisations.

Meanwhile, the WHO further stated that studies are needed to acknowledge “their impact on immune escape potential”.