The Global Fund has donated R8.8-billion to South Africa to fight HIV/Aids, tuberculosis, and malaria. The grant, which runs for three years from April 2022 until March 2025, gives a major boost to the country’s efforts to eradicate these diseases.

“We will increase our efforts to quickly implement our programmes in HIV and TB to recover some gains which were reversed due to COVID,” said Phaahla at the signing ceremony on Thursday.

[WATCH] The Global Fund Grant Signing Ceremony with 4 principal recipients getting their share of over R8,8 billion rands for HIV and TB response in SA communities has been concluded. pic.twitter.com/gXL64hkqkW

He said the fund will contribute to efforts to save the lives of people living with HIV and Aids and TB.

“Already we are rolling out treatment to 5.5 million South Africans. We need to find another 2 million people to put on treatment, do more testing, and do community surveillance. These funds just make it possible for us to keep that momentum going. Because with only our budget, we can’t manage,” said Phaahla.

The allocated funds will support activities implemented through the AIDS Foundation of South Africa, Beyond Zero, NACOSA, and the National Department of Health.

“A surge investment is prioritised for TB interventions, responding to the recent findings of South Africa’s first TB prevalence survey which showed a TB burden about twice as high as was previously estimated,” he said. 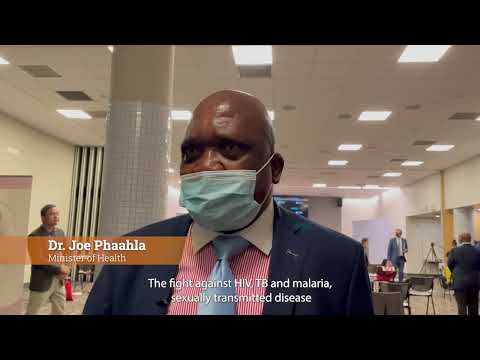 “The replenishment of the Global Fund will assist the country to continue making improvements in getting people tested for HIV, and continue the progress towards achieving the 90-90-90 goal, towards ending AIDS as a public health threat, by 2030,” said Mabuza.

The Global Fund is a key partner for global health that South Africa has benefited from. This is the seventh donation to the country since their first, in 2003, of $1.3 billion. – Health-e News