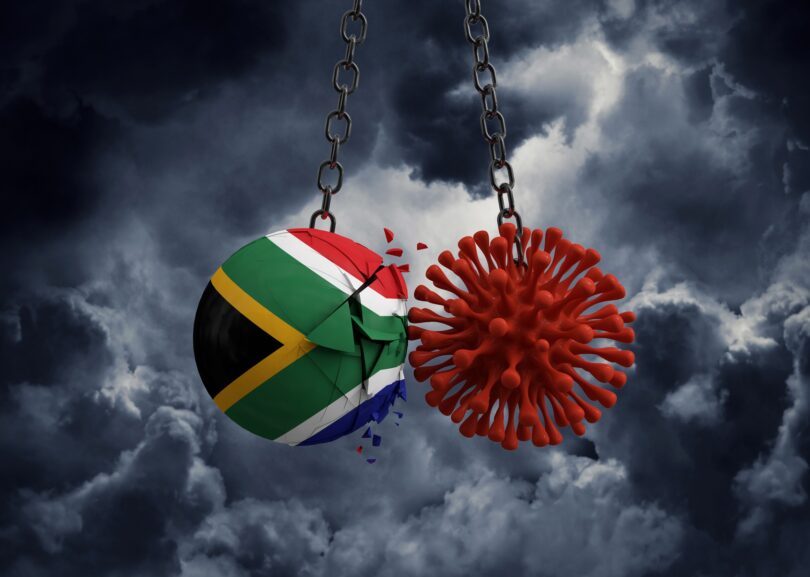 Has South Africa passed the peak of a fifth wave?. (Photo: Freepik)

Covid-19 SA: Are we in the fifth wave or has it passed?

Though the National Department of Health in South Africa is yet to declare the fifth wave of Covid-19 infections, -researchers at the Council for Scientific and Industrial Research (CSIR), say that the country has already passed the peak of the fifth wave.

CSIR senior researcher, Dr. Suliman Ridhwaan said that for over a month now, the country has been witnessing the resurgence of the Covid-19 infections and have already passed the peak of the fifth wave.

“We have been in the fifth wave for at least four weeks now, and I say that based on the numbers of new infections as well as the test of positivity rate. Based on that we have entered the resurgence and we have been on a sustained increase we are now seeing a reduction in the number of infections, so it’s already past the peak of this fifth resurgence,” said Ridhwaan.

But National Department of Health spokesperson, Foster Mohale points out that there is no global definition of a Covid-19 wave, and previous waves cannot be used to determine a new wave.

Mohale further stated that the department is more concerned about the number of hospitalisations of Covid-19 patients, rather than the number of cases being reported.

“We are concerned with the number of hospitalisations and deaths (severe disease) not the number of cases. Thus, our public health response is based on the occurrence of severe diseases. We are currently seeing an increase in case numbers and a small increase in hospitalisations driven by BA.4/BA.5 and we are closely monitoring metrics of severity. These new sub-lineages do not seem to differ in terms of severity,” said Mohale.

According to Michelle Groom, who is the Head-Division of Public Health Surveillance and Response at the National Institute for Communicable Diseases, previously, waves in South Africa were defined according to the definition by the Ministerial Advisory Committee: 7-day moving average of new cases exceeds 30% of the peak of the previous wave.

Groom also stated that there has been an increase in the number of cases over the past few weeks.

“Although we have seen increased infections over the past few weeks, the rate of increase has been slower than what we saw in December 2021. There are some early signs that the case numbers and percent positivity are starting to come down in some provinces, for example, Gauteng and KZN. The number of hospitalisations and deaths have remained low, and the new sub-lineages do not seem to be causing more severe disease,” added Groom.

But Ridhwaan believes that; some of the reasons that the department of health is yet to acknowledge that, the country is currently battling a fifth wave might be due to an outdated threshold that they might be using to determine a wave or the fact that the fifth wave is not being driven by a new Covid-19 variant.

“I cannot rely speak as for why the National Department of Health is not mentioning more on this (fifth wave) but for one, I think probably it might be due to the different thresholds that they use to indicate when we are in a wave or not as there is no global definition, but I suspect that they are using an outdated definition,” said Ridhwaan. – Health-e News