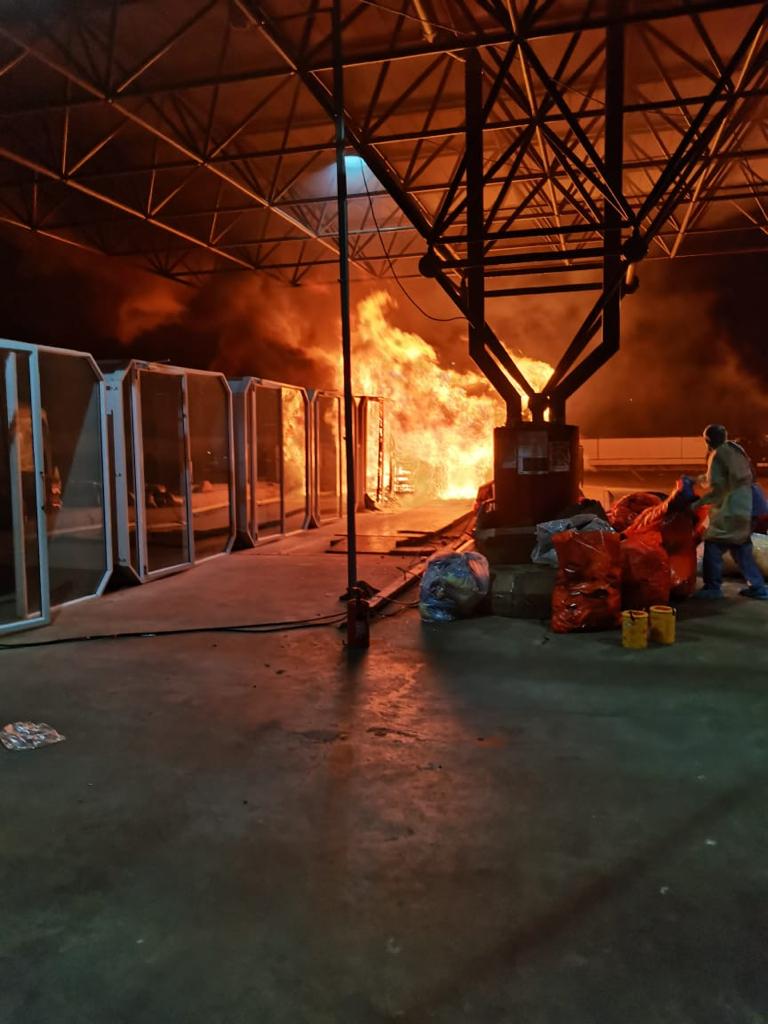 No patients or staff were injured during a fire that happened outside the casualty area at the Steve Biko Academic Hospital in Pretoria in the early hours of Monday morning.

The Gauteng  Department of  Health said the fire broke out in a wendy house used as a temporary storage area for medical waste. The structure was also used as an “in-transit corpse” area.

The department said the hospital was operating as usual and that the fire affected none of its services. Nobody was injured in the blaze, which broke out after 1 AM. 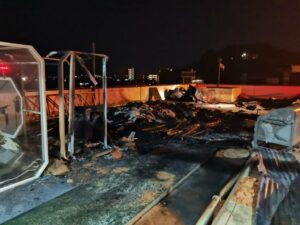 No staff or patients were injured during a fire at the Steve Biko Academic Hospital (Pic: Gauteng Health Department)

“The fire which affected temporary structures at the facility was successfully put out by the SBAH hospital team, using the fire extinguishers on site,”  the department said in a  statement released on  Monday morning.

The department said 18 patients and one corpse in separate temporary structures close to where the fire broke out had to be moved to other areas of the hospital as a safety precaution.

“The affected structures were located outside the casualty area of the hospital. The cause of the fire is unknown at this stage,” the statement read.  –  Health-e News