Home » Egg donors: Debunking myths and what you need to know 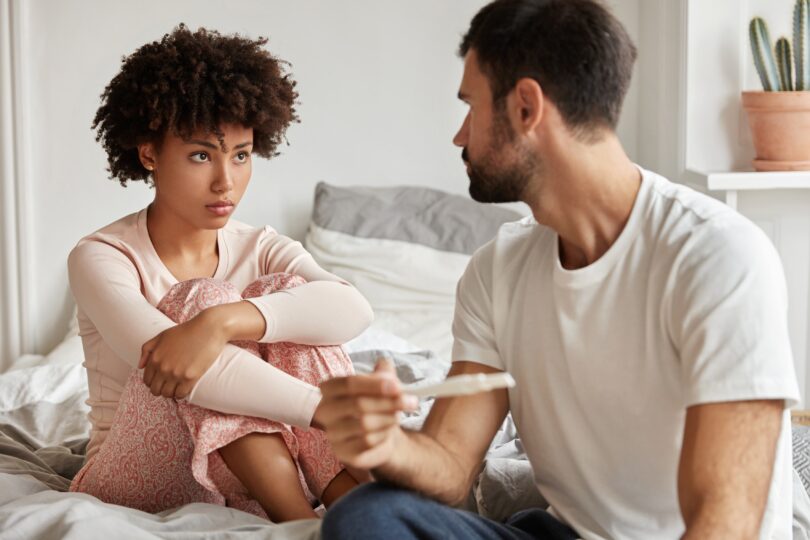 A local gynecologist and reproductive specialist says that donating eggs will not affect a woman's fertility in the future. (Photo: Freepik)

Egg donors: Debunking myths and what you need to know

Given that at least 15% of SA couples experience fertility problems, experts give the lowdown on egg donors and what the process entails. They also debunk some common myths surrounding fertility and the donation of eggs.

Based on 2020 data, South Africa ranks 84th on the global total fertility rate (TFR). On a local front, StatisticsSA confirmed that at least 15% of SA couples experience issues with fertility based on their 2011 evidence. There are currently no statistics to show how many of them consider egg donors an option.

She said that she is passionate about issues that affect women and their experiences when dealing with them. That was her motivation when deciding to donate her eggs – that she would be part of helping another woman start a family.

“I decided to donate my eggs because I wanted to do something that I knew could help a woman out there who wanted to start a family,” said Gulwa.

Gulwa decided not to tell her family about her decision to donate her eggs. She said it was because she felt that they would not understand and would possibly advise her against it or judge her for it.

“The only uncomfortable part about the procedure was the injections because I am scared of injections, so my partner had to help me with it. Leading up to the day of the egg retrieval, you have to inject yourself with hormones to stimulate the production of the progesterone hormone for the eggs. You feel your eggs growing in your abdomen, and the doctor checks how far along your eggs are in their growth before they retrieve them,” she said.

Gulwa’s eggs produced two successful pregnancies with two different donors. She said that she enjoyed the experience because she knew that her goal to help another woman was fulfilled. She was going to donate a third time when the COVID-19 pandemic hit SA, and she had to postpone her plans.

To understand the process and what exactly it entails, Health-e News spoke to experts who provided some good-to-know information, as well as lay some common myths to rest.

Will I still be able to have children if I donate?

Yes. Dr Yossi Unterslak is a Gynecologist and Reproductive Specialist at the Veda Vitalab Egg Donation Agency. He said that donating eggs has no bearing on a woman’s future fertility in any way.

“A woman is born with her full complement of eggs. When she’s in her mother’s uterus, she’s assigned a finite number of eggs, which she is born with and will run out at a certain age. When she reaches puberty, every month a group of eggs will present themselves on the surface of the ovary, and one of those eggs will be selected by the ovary to be the egg that will ovulate for the month. And the rest of the eggs will die. This is a monthly cycle. If none of them is recruited to ovulate, all of them will die,” explained Unterslak.

“When a woman donates eggs, we can make them all mature and all reach the point where they’re mature for ovulation by injecting the progesterone hormone, which is already there, to stimulate this process. So, instead of only one egg ovulating and the rest dying, the whole group will come through the ovary, to maturity, and then we can retrieve that whole group of eggs that would have been lost anyway.”

What are the requirements of becoming a donor?

Charlene Sibanda is a Donor Co-Ordinator at the Veda Vitalab Egg Donation Agency. She has been working as a coordinator for seven years. She is the first person that potential donors see when considering becoming an egg donor. Her role is to guide potential donors through the application.

She said that one of the important requirements is to have a matric certificate.

“We also take a look at their body mass index (BMI), they have to have a BMI of less than 29. They also have to be drug-free. Potential donors also have to live in South Africa so that we can do the treatment. We do drug tests to check for the most common drugs, like cocaine, etc. If they pass that, we move forward and do blood tests. These tests are to check for any sexually transmitted infections, like HIV, hepatitis B, and C, and syphilis. After they pass these tests, they are referred to the social worker.

The South African Society of Reproductive Medicine and Gynecological Endoscopy (SASREG) guides agencies and clinics on the amount of money they can pay to compensate a woman for her eggs. Sulaiman Heylen, President of SASREG, said that the amount of money for compensation is not to buy or exchange a woman’s eggs for money but to extend compassion and a gift to the donor for her decision to donate.

“It is important that women donate their eggs for the right reasons, and not for the money,” he said.

How many times can I donate my eggs?

In SA, a donor is limited to six donations or six live births.

Sibanda explained that it depends on which comes first between the two.

“A woman can donate up to six times, as long as, she has not reached the number of live births. In some instances, we have seen donors who, as strange as it is, have reached the limit while they have only donated twice. This is because they have had either had twins or multiples, which then adds up to six.”

What are the benefits of becoming a donor?

Sibanda said that the greatest benefit to remember is that as a donor, you’ll be a part of giving the recipient of their eggs, a miracle that they otherwise may not have had without you.

In addition, donors also get a free consultation and exam with the gynaecologist. As part of the egg donation process, your future fertility is assessed. Sibanda explained that this is because the well-being and reproductive health of the client is one of their priorities. The last benefit is the compensation – a thank you for an egg donor’s time and commitment.

Myth: One day, the child will trace and try to find me

Fact: According to Sibanda, the donation process is airtight and sealed to keep both the donor and the recipient family’s medical and personal information confidential.

Heylen confirmed that the SA regulations on reproductive medicine protect the donor and the recipient by requiring confidentiality before the process can begin.

Myth: My child will be out there somewhere

Fact: Unterslak acknowledged that a woman donating her eggs, means that she is the biological relative to the child. However, he said that there are environmental factors, background, and personality traits that children develop that are influenced by their surroundings, and their present family and parents.

“There are so many factors that make a child your own, aside from someone’s DNA. Epigenetics is a concept that shows how our environmental factors influence our genetics. This is why egg donors go through counselling so that we know that they’re well taken care of emotionally. So, a social worker will guide them through the procedure and what to expect psychologically when it is over. She will help them emotionally, and the clinic supports them physically.”

Unterslak used the example of twins growing up separately to explain epigenetics.

Fact: There is no cutting involved. Unterslak explained that a transvaginal ultrasound is used.

“We stick a needle through the vaginal wall, through the vaginal skin into the ovary, and we suck the fluid from the ovary, which contains the egg. The procedure isn’t painful at all. Our egg donors are under sedation and are in a deep sleep. They have no awareness, no pain, and they wake up in the ward. It roughly takes about 10 to 15 minutes,” he said.

Unterslak said that there may be post-procedural pain for a little while, but there is adequate pain relief that is supplied for the next few days, and much less pain by the time they go home.