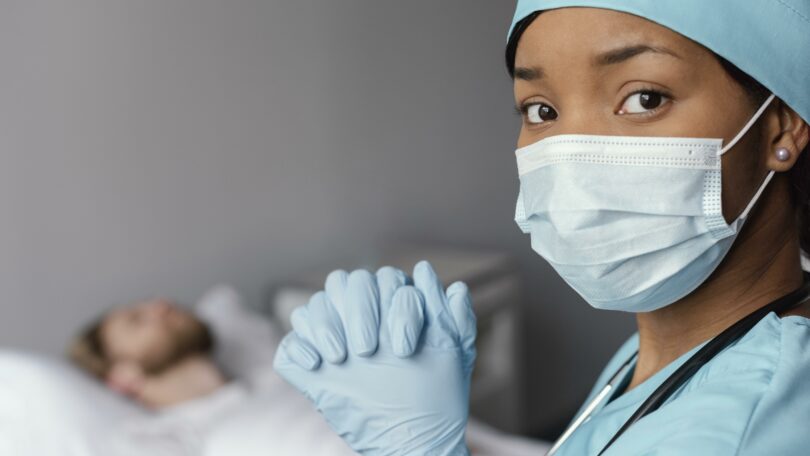 With healthcare workers having barely survived the wrath of COVID-19 for almost two-and-a-half years, there is nowhere to hide when an ongoing stream of crime victims are admitted to hospitals.

Murders, rape, and gender-based violence (GBV) are a part of daily reality in the country. And now, trade unions representing most health care providers have had enough. They say these workers face the brunt of this violence, working within an already stretched healthcare system.

According to the latest crime statistics for the period between January and March this year, 1 107 people more people were killed compared to 2021 for the same period. This means there was an increase of 22% in murders, and sexual offences rose by 13%.

According to Mzukwa, healthcare workers in the country are battling to cope, with the increased burden of work, as a result of criminal activities like violence.

Mzukwa further stated that there is limited mental health support for healthcare workers who are subjected to trauma.

‘Crime adds to the squeeze’

“We live in a country that does not have enough resources to cater to its citizens, so when you have crime as an additional problem, it squeezes the country’s healthcare system even further,” said Delihlazo.

Delihlazo said that most victims of criminal activities end up at healthcare facilities, overcrowding the system.

“When you have a country with a high vehicle accident rate, that puts a lot of pressure on the health system. Many of these patients, unfortunately, don’t make it and end up at healthcare facilities. So crime is an additional problem in a country that does not have enough resources allocated to the health services. It just turns the entire country’s health system into chaos,” said Delihlazo.

Doctors at Rahima Moosa Hospital unite , wearing black to protest the suspension of Dr Tim De Maayer for speaking out about injustices and deteriorating services at the facility. He is not allowed on the premises while sick children desperately need care. ⁦@GautengHealth⁩ pic.twitter.com/AFixgJfteP

Delihlazo further indicated that healthcare workers are also often victims of crime. This, as well as corruption, as seen with the PPE tenders, is a step too far.

Earlier this year, an assistant nurse was shot dead by her ex-partner while on duty at a Tembisa hospital in Gauteng.

The World Health Organisation (WHO) states that violence against health workers is unacceptable. Not only does it hurt the psychological and physical well-being of healthcare staff, but it also affects their motivation. Therefore, this violence compromises the quality of care and puts healthcare provision at risk. -Health-e News.