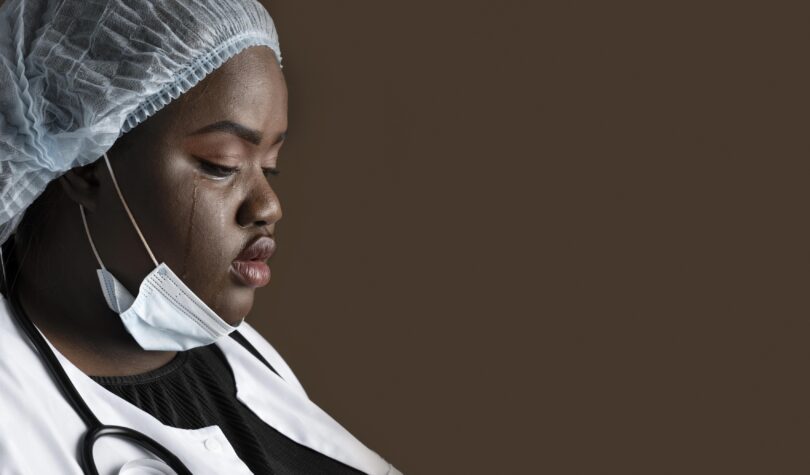 Violent attacks on healthcare workers have been reported from different parts of the country. (Photo: Freepik)

Healthcare workers (HCWs) are going from caregivers to victims of violence at the hands of patients across the country. Doctors and nurses, particularly from Gauteng,  have reported being slapped, scratched and kicked while on duty.

A junior doctor recalled the horrors of a recent attack.

“While working in Baragwanath Casualty, a female patient assaulted me unexpectedly and grabbed my arm forcefully with her nails puncturing my skin. She would not let go until several security guards pulled her off,” she explained.

Another junior doctor, who also worked in Baragwanath, said he experienced a similar attack in casualty.

“A patient slammed into me with a stretcher. He managed to disable the breaks,” he said.

Several provinces like the Eastern Cape, Mpumalanga, Western Cape, and the Free State have reported violent attacks on healthcare workers.

Professor Daynia Ballot said that the safety and security of healthcare workers are the responsibility of the Department of Health (DoH).

“The safety and security of healthcare professionals fall under the jurisdiction of the management of each facility. So, although we operate in the public sector hospitals, their staff, doctors, and nurses in time are employed by the department of health. They have a joint appointment with a university if it’s a teaching hospital,” she said.

Ballot is Head of the School of Clinical Medicine at the University of Witwatersrand (Wits) and a Neonatologist by training.

She added that most attacks have reflected that HCWs are at risk when on duty.

“One of the disciplines where patients are particularly troublesome is in psychiatry. This is an additional risk for healthcare workers,” said Ballot.

Another junior doctor shares her experience.

“During a hectic night at Helen Joseph Casualty, I interviewed a patient in an extremely small room. There were about 12 to 15 acutely ill patients waiting outside; some had been there for days,” she explained.

She said that the patient was manic and a substance abuser.

“The patient pulled out a broken crack cocaine pipe, and although she did not threaten or attempt to harm me, the fear was incredible. The overcrowding in such a small space made escape impossible,” she added.

HCWs are in even further danger, given the overcrowding of hospitals and the slow delivery of services.

“We’ve seen instances like in Tembisa where a nurse was gunned down in the hospital. We received a report recently about clinic staff being held at gunpoint. Robbers took their cellphones. This is worrying,” said Mazibuko.

More than four junior doctors also experienced abusive outbursts from drunk and disorderly patients. They have also observed abuse towards nurses and doctors by those who are not psychiatric patients.

He explained: “Physical strength differences mean women are unable or less able to defend themselves adequately. Secondly, women are more often the target of sexual assault and harassment,”

The doctors also noted that security guards were often absent when needing help to restrain patients.

“As females, we feel vulnerable when trying to calm patients down without back-up. And, for instance, when we walk to our cars or the overnight sleeping room in the dark at Baragwanath Hospital,” one of the doctors explained.

Dangers of arriving and leaving work

“It is frightening. There are also often protests. The roads around the hospital are blocked with bricks, burning tyres and protestors. There have also been times when I was driven to work because I was too afraid to drive alone at night,” said the officer.

Professor Ugash Subramaney and Ralf Brummerhoff, joint staff members at the Department of Psychiatry at Wits, agreed that violence against healthcare professionals at public health facilities is prevalent.

“Security gates are not at all ward entrances and in certain departments only. Depending on the contract with security companies, many have not been exposed to managing patients’ behavioural problems. Clinical work is not part of their job description. Depending on the hospital, some training has been done. However, training security guards is inconsistent and will only occur after an incident,” said Subramaney.

She noted that hospitals, like Sterkfontein in Krugersdorp, have a specific training programme geared for registrars and other clinical staff, but this is not the case at others.

“The emergency department at Helen Joseph Hospital deploys security guards in the area where psychiatric patients are managed and outside the psychiatric wards. Guards are not trained in managing aggressive or uncontained patients. Security guards at entrances only have metal detectors, and overcrowding and the layout of the emergency department increase the risks,” added Brummerhoff.

Subramaney and Brummerhoff are both Heads of the Psychiatry Departments at Sterkfontein Hospital and Helen Joseph Hospital, respectively.

When GBV creeps into hospitals

Mazibuko noted that the fact that women are victims of these crimes is concerning. He believes it reflects the bleak picture of how HCWs are just as vulnerable as anybody else to gender-based violence (GBV).

“A Red Cross Society study found that you are more likely to be attacked as a healthcare worker in the workplace in South Africa than if you were working in a war-torn country like Afghanistan. That’s a very chilling piece of information. We are not at war, but it seems like we are within the communities that we serve,” he noted.

He added that the lack of safety led HCWs to pack up and leave to work in another country.

“If there’s an incident at a hospital, the department will then mobilise the police. Police visibility will increase for some time. They’ll also increase the number of security personnel on duty, but after a few weeks, everything returns to normal.”

Subramaney explained that there is formal and practical training around managing patients with psychopathology within the discipline of psychiatry.

“Emphasis is on training in de-escalation techniques, calming and restraint, and the use of appropriate medicines. Restraint measures are also available for use,” said Subramaney.

Professionals are taught techniques to help them safely interact with patients. However, she adds that this does not protect them fully.

“A lot depends on the service area they are working in. On admission, to the ER, for example, they are very vulnerable. Perhaps more vulnerable due to proximity to high-risk individuals,” she added.

A spokesperson from the Department of Health in Gauteng, Kwara Kekana, briefly explained the department’s efforts to address the safety problem for HCWs.

“We have contracted security service providers to render physical security. We signed service level agreements with those service providers, and we are also reviewing some of its security procedures to ensure that we meet the changing needs of HCWs who don’t feel safe,” Kekana explained.

She said that the department is taking security measures at public health facilities seriously.

Kekana added, “Crime is a concern for society and puts a burden on operations. We encourage communities to come forward with any information relating to a crime involving health facilities, staff and paramedics.” – Health-e News